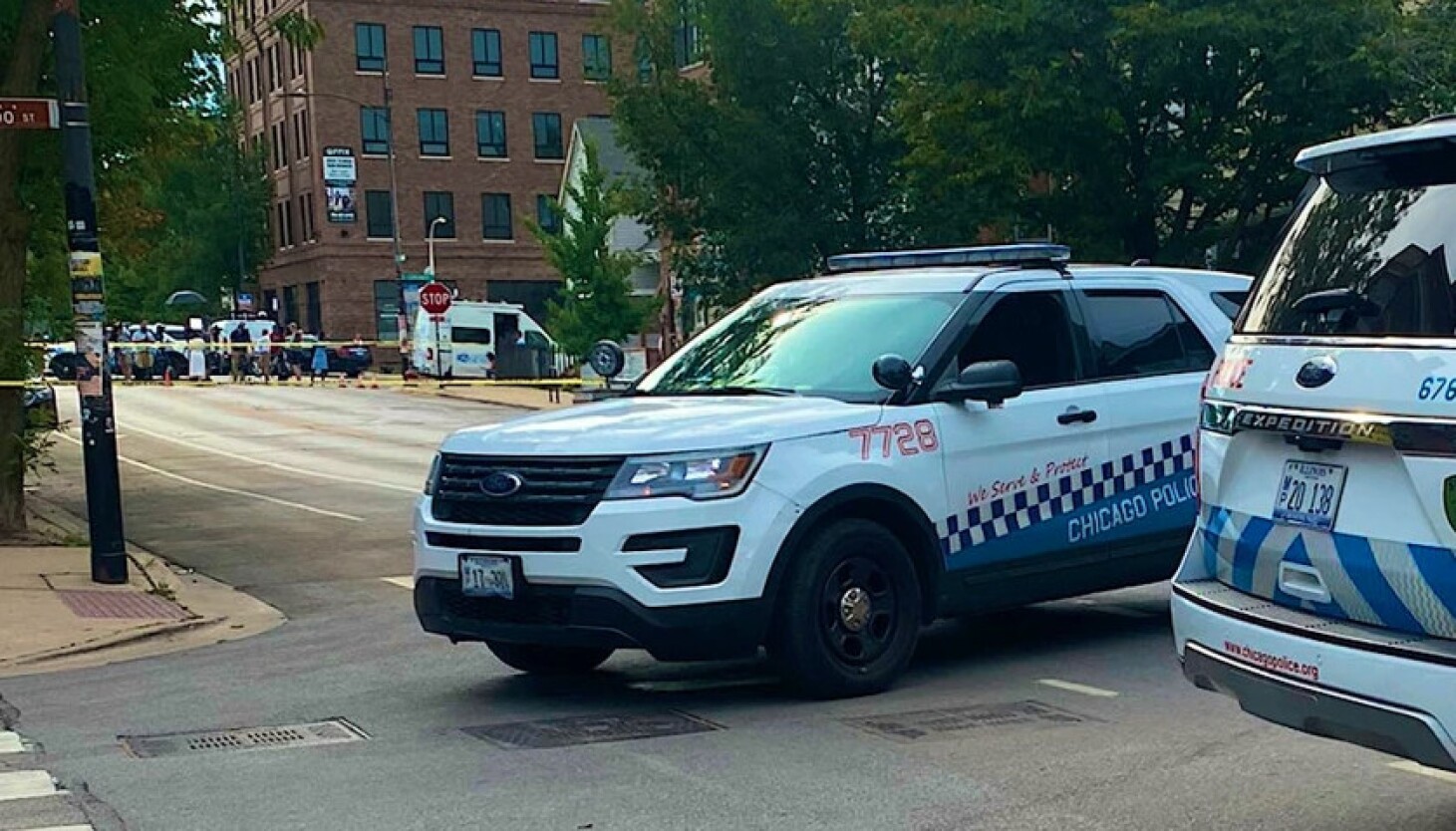 The officers, including a sergeant, were both assigned to the Major Accidents Unit at the time of the July 22 shooting, a source familiar with the investigation told The Sun-Times on Thursday.

At the time of the shooting, the two officers were in plain clothes and riding in an unmarked police car when they pulled over to investigate a group of people in the 1000 block of West 18th Street, the source said.

Police Superintendent David Brown first said officers approached a group of four masked people around 7 a.m. that morning outside a store. When the officers identified themselves, a gunman from the group “immediately” began shooting at them from their police cruiser, Brown said.

However, surveillance video recovered from a camera near the scene reportedly shows that one or both officers fired first from inside the unmarked car, hitting a 23-year-old man in the group who was holding a bottle and a cell phone, the source says.

Another person in his group then fired back, the source said.

Police initially arrested a 17-year-old boy and a 25-year-old man after the incident, but the two are currently not facing charges.

Both officers allegedly gave statements to authorities that did not match surveillance video, said the source, which said there was no police body camera footage of the incident.

Police spokesman Rocco Alioto said Thursday that the two cops “have been relieved of their official duties”, but noted that the investigation was being carried out by the Civil Police Accountability Office.

COPA spokeswoman Jennifer Rottner declined to comment. The agency, which is investigating serious allegations of police misconduct, has until September 22 to release documents related to the shooting, including videos.

The 23-year-old who was shot was taken to Stroger Hospital in critical condition with gunshot wounds to his back and thigh, a Chicago Fire Department spokesman said.

A 35-year-old ‘innocent bystander’ who was in the area during the gunfight also suffered a scrape on his leg, Brown said at the time, adding it was unclear whether the man had been hit by a bullet fired by the police or the person in the group that the officers approached.