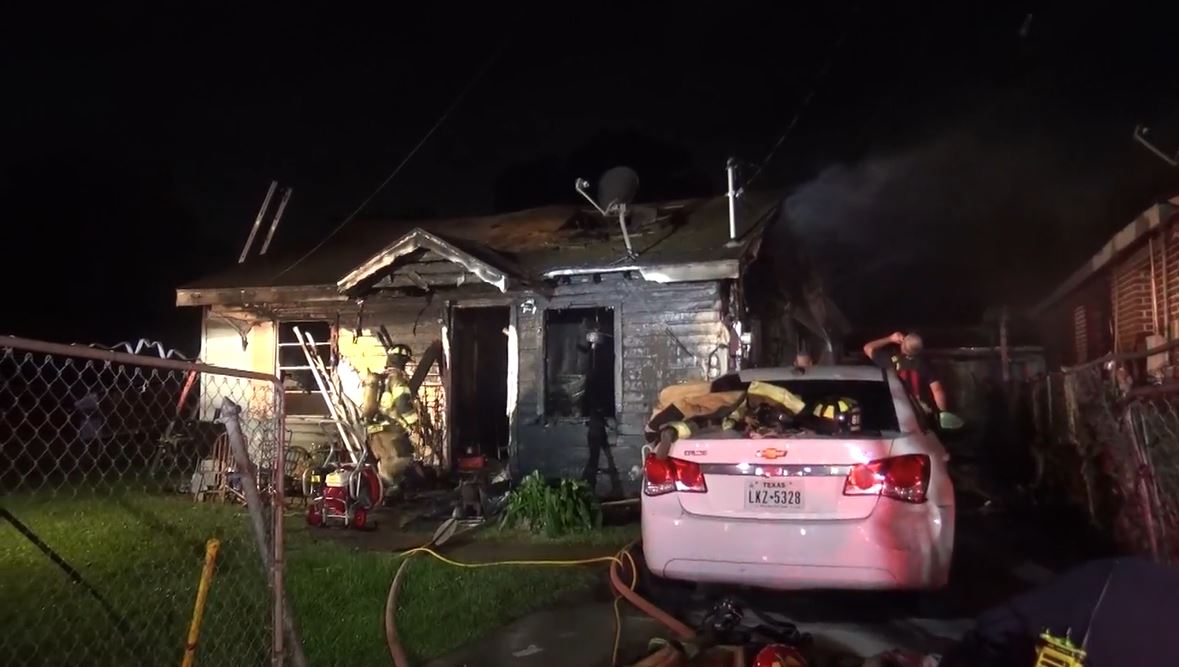 This is a carousel. Use the Next and Previous buttons to navigate

Firefighters battled heavy flames and smoke at a Northside home in James and Gentry around 11:30 p.m. Tuesday, Metro Video Services reported. No one was inside at the time of the fire, witnesses told reporters.

The cause of the fire was still under investigation by the Houston Police Department as of Wednesday morning, according to Metro Video Services.

Fires engulfed two Houston homes but did not injure any residents early Wednesday, May 11, 2022.

The second residential fire of the night broke out in the Trinity Gardens area of ​​Hirsch and East Crosstimbers around 1 a.m. Wednesday, Metro Video Services reported. Four adults and a teenager were inside when the flames engulfed the house.

No injuries were reported, Swanson said.