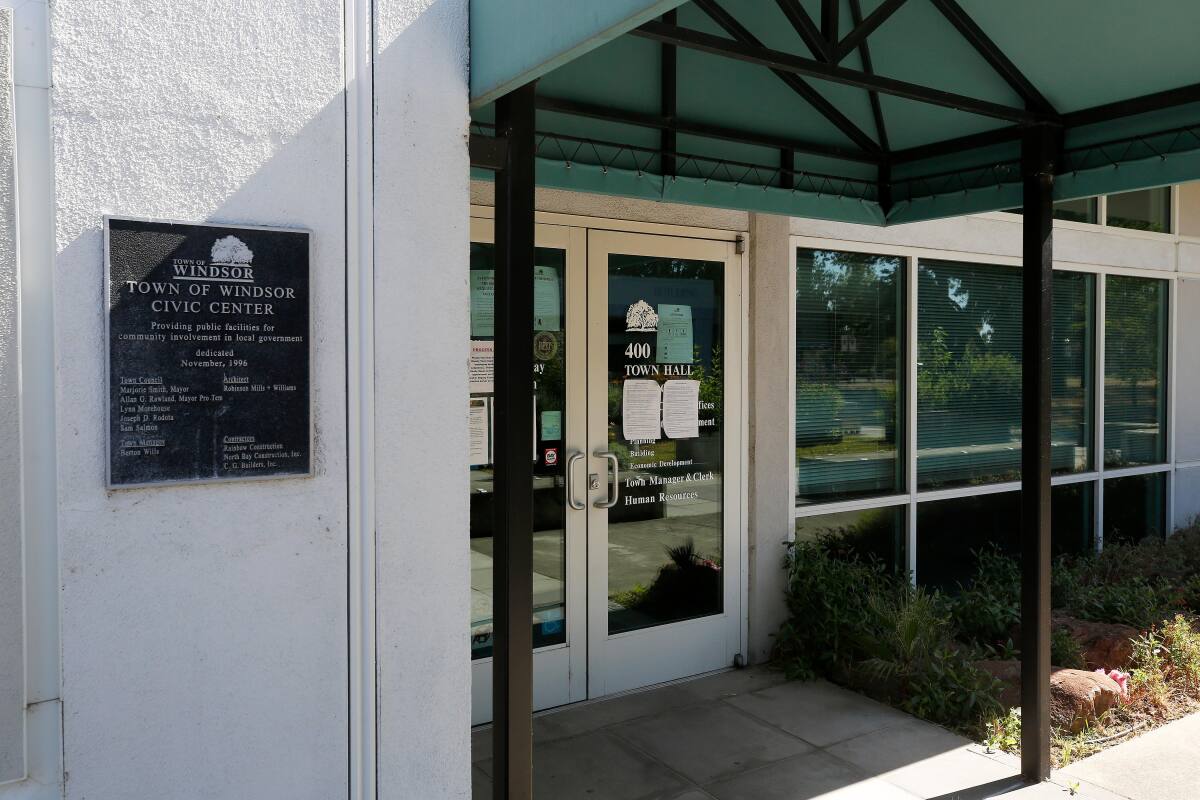 3 dossier to run in Windsor special election, with proposed civic center a point of contention

Three candidates have come forward to stand in the April 12 elections for Windsor City Council, two of whom said their top priority was stopping the proposed civic center project.

Stephanie Ahmad, Evan K. Kubota and Mike Wall qualified for the special ballot on Friday, seeking to serve the remaining seven months of current Mayor Sam Salmon’s council term. Salmon was appointed to former mayor Dominic Foppoli’s seat after he resigned in May 2021 after being accused of sexual assault and misconduct by multiple women. The Sonoma County Sheriff’s Office has launched an investigation into the allegations, which Foppoli denies.

The Foppoli charges scandal has put an unwanted spotlight on the town, which prides itself on being a healthy, family-oriented community, and has led to a four-member council that has at times been divided over issues such as the Civic Centre, a proposal by developer Robert Green to build a 151-room hotel and conference center on Town Green.

At its December 1 meeting, the board voted unanimously to extend a deal with Green until December 31, but suspended all work on the project until June 30, allowing the newly elected fifth member to join. to intervene. Around the time of the vote to approve a toll pact, Salmon, who opposes the project, predicted the issue could be a polarizing factor in the next election.

Ahmad (formerly Diaz), 37, and Wall, 45, have strong Windsor roots, while Kubota, 37, has lived in the community for four years since his Coffey Park home in Santa Rosa was destroyed in the Tubbs. Fire. His children were already attending school and playing sports in Windsor at the time.

“It’s a one-issue election, and that issue is the proposed hotel and civic center,” said Wall, who ran for one seat and lost in 2016. “I’m running because I’m opposed to the Town Green project, I don’t think it’s an appropriate project.

Although he noted that he was not opposed to the development, he believes it should be “done transparently and involve community input”.

Wall, who works for a healthcare improvement company, lived in several parts of California growing up and in 2005 moved to Windsor – where his parents and sister also reside – with his wife after attending college. from UC San Diego.

Kubota, from Larkfeld, said he was running for similar reasons. He wants to help the city heal its “black eye” caused by the Foppoli controversy and stop the development of the civic center.

“The biggest issue is the Town Green project. I don’t want to see the project move forward,” Kubota said. “I think it’s bad financially and bad for the city’s identity. I want to represent that element of the citizens of the community.

Kubota said he had lost faith in the city’s “insiders” following the Foppoli scandal. He also opposes the city’s current system of having an elected mayor.

Kubota is the director of field operations for a private security company based in San Francisco, but works primarily from home. He is a volunteer coach for Roseland University Prep High School and head coach of the Windsor Youth Soccer League. He also served on the Windsor Unified School District Budget Advisory Committee.

While Kubota and Wall oppose the civic center project, Ahmad, a senior associate attorney at an international law firm, wants to speak with community members and educate himself before deciding his position on the project. She said she wanted to avoid being typecast.

Ahmad, Board Member and Past Chair of the Windsor Unified School District, would like to contribute her leadership skills to the Windsor Board, skills that have helped her create a professional and collaborative culture within the school board.

She is interested in issues such as affordable housing, fire prevention and pandemic mitigation by working with small businesses.

Ahmad grew up in Windsor, left to pursue his college education and career primarily in the Greater Bay Area, then returned to his hometown. She said she would like to leave behind the negativity of the past year.

“I have a memory of how things used to be when I was a kid,” she said. “Windsor is a place close to my heart.”

You can reach editor Kathleen Coates at [email protected]

Why Morrisville? Insider look at a Triangle hotspot for new businesses and jobs