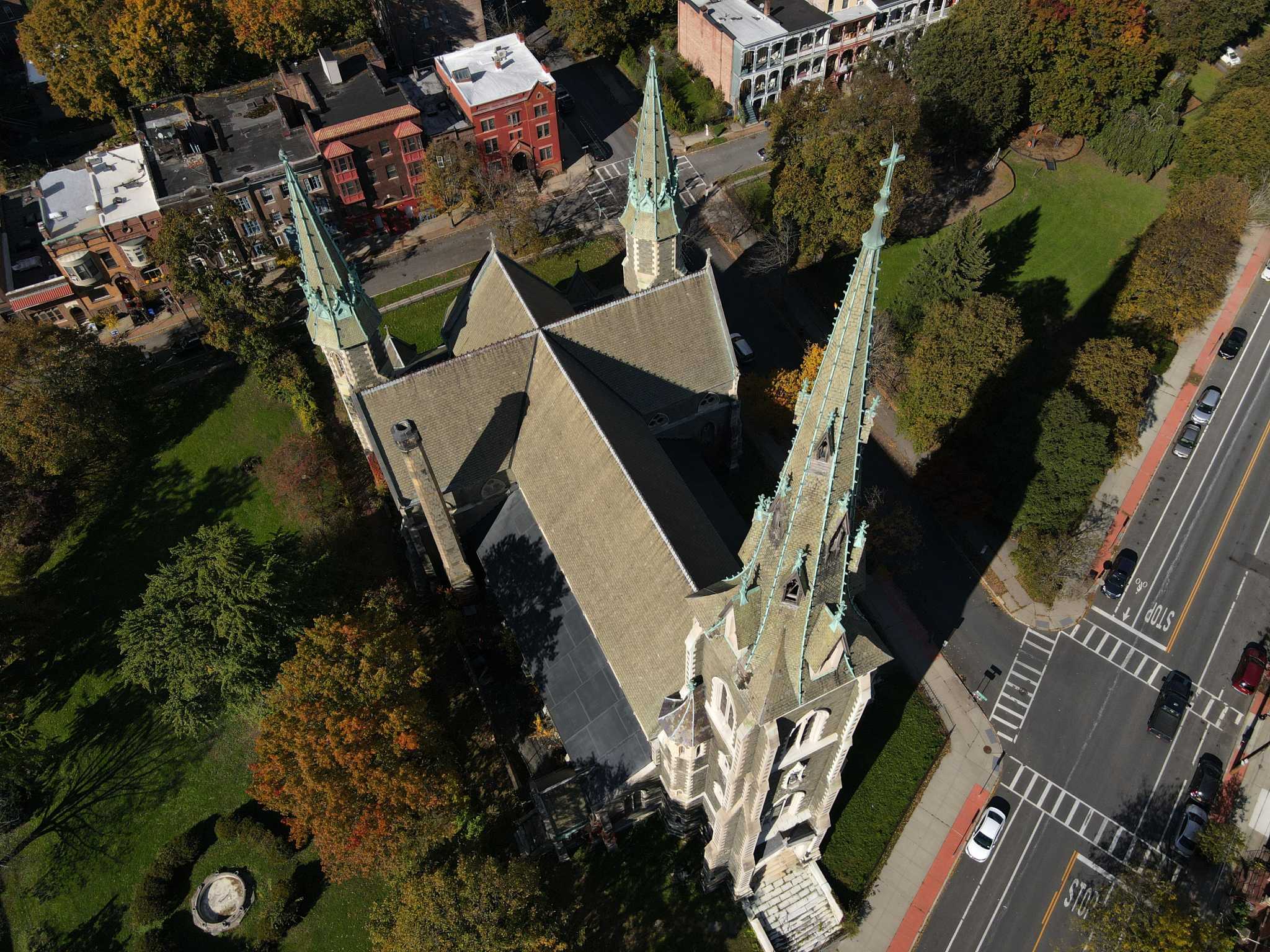 ALBANY – A fire at a historic church that led to the arrest of four people also exposed staff shortages at the city’s emergency dispatch center.

City police and firefighters were called to the old St. Joseph’s Church in the Ten Broeck Triangle neighborhood – Halloween – on Sunday after a group broke into the church and started ringing the bells and putting fire.

The calls arrived on a night when the town’s dispatch center was understaffed, forcing emergency calls to be transferred to other agencies for service.

The city’s dispatch system has been understaffed for years, but in recent weeks the shortage of dispatchers has become dire. Sometimes there are as little as three to four dispatchers working per shift to cover all of the city’s inbound emergency calls. In a Facebook post, the union that represented the city’s firefighters said only three dispatchers worked on Halloween night and only one was assigned to fire calls.

Calls that city dispatch cannot handle are transferred to the county’s 911 system or state police.

A spokesperson for Mayor Kathy Sheehan did not return a request for comment on the matter or on why the city was unable to address the shortage of dispatchers. Sheehan lives across from St. Joseph’s Park, which is adjacent to the church.

Photos of the fire obtained by News10 showed a large fire inside, visible from an open door.

Albany Police spokesman Steve Smith said a group appeared to be hosting a party inside the long-abandoned church and started a fire. When the police arrived, the group fled. Four people, aged 16 to 20, were arrested and charged with burglary and arson.

Smith said emergency calls from the city were answered, despite the shortage of dispatchers. Smith said seven new dispatchers are expected to begin training next week.

“All 911 calls continue to be answered through our partnership with New York State Police and the Albany County Sheriff,” he said.

The city is also reviewing 40 applications for new dispatchers and is expected to form two new classes in December and February, Smith said.

“We encourage anyone interested in applying to become a dispatcher to do so,” he said.

Fire Chief Joseph Gregory said the call came just before 10 p.m., as police called someone inside the church, which had been vacant for several years. The property belongs to the city.

Firefighters arrived on the scene and were able to bring the fire under control in less than 10 minutes, he said. Gregory said it looked like the group had set fire to the debris inside the church, the church pews were removed years ago. The church suffered no structural damage.