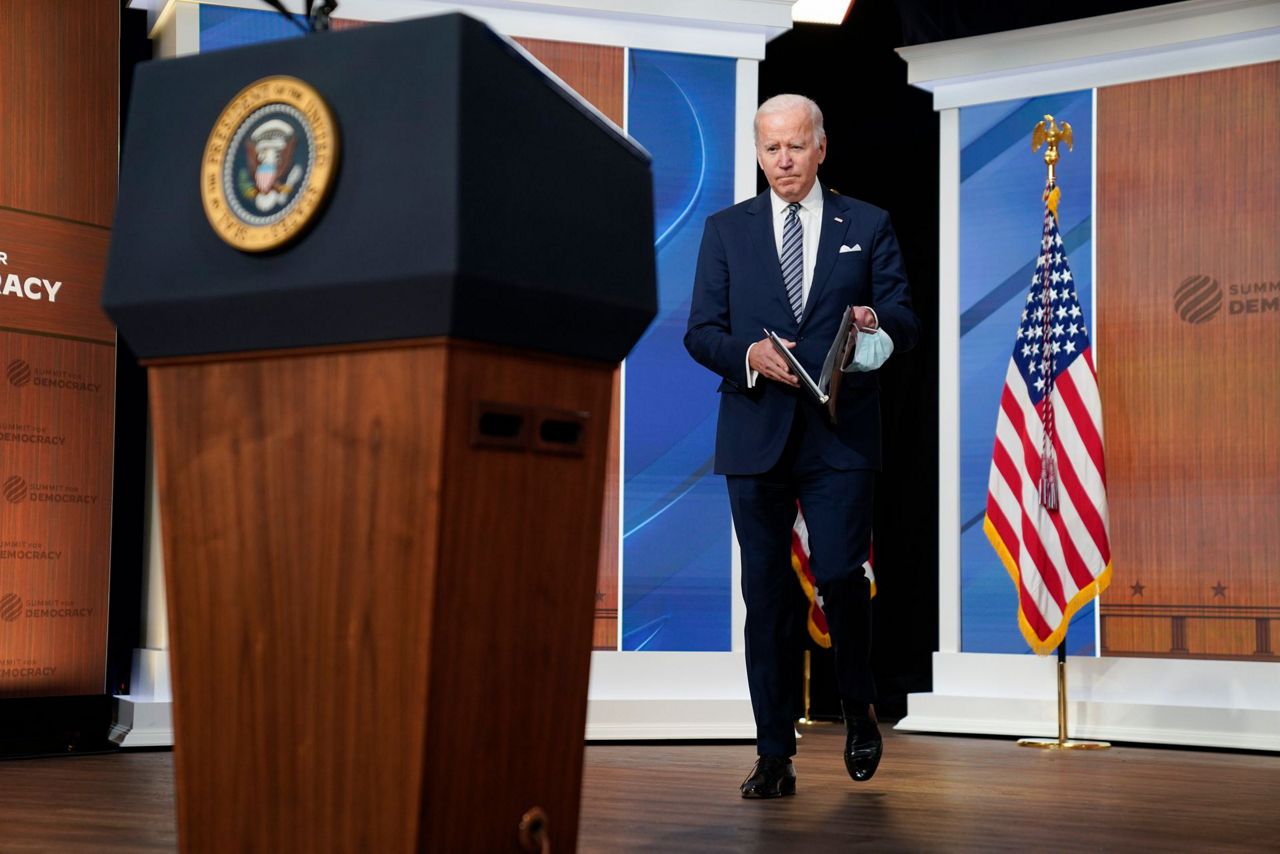 Biden to award Medal of Honor to three US soldiers

WASHINGTON (AP) – President Joe Biden will award the Medal of Honor next week to three American soldiers who have fought in the wars in Afghanistan and Iraq, the White House said on Friday.

The soldiers are Sgt. 1st Class Christopher Celiz, an Army Ranger who died after standing between Taliban fighters and an American helicopter evacuating wounded in 2018; Staff Sgt. Earl Plumlee, a special forces soldier who fought Taliban insurgents after a massive attack in Afghanistan in 2013; and Staff Sgt. 1st Class Alwyn Cashe, 35, who suffered fatal injuries in Iraq while rescuing fellow soldiers from a burning vehicle in 2005.

The three will be recognized at a ceremony at the White House on December 16.

Cashe will become the first black American serviceman to receive the Medal of Honor for his actions from Vietnam, according to the White House.

He was patrolling near Samarra, Iraq, in October 2005 when the Bradley Fighting Vehicle he was commanding was attacked by small arms fire and a roadside bomb that set it on fire. Cashe pulled six more soldiers from the burning wreckage and suffered devastating burns himself.

Cashe, who grew up in Oviedo, Florida, died of burns in a Texas hospital the following month. Three of the soldiers he removed from the burning vehicle also died.

Celiz, 32, was leading an operation to clear an area of â€‹â€‹enemy forces in Paktia province, Afghanistan, when his team was attacked.

When a medical evacuation helicopter arrived to retrieve a casualty, it came under sustained and sustained enemy fire.

Celiz exposed himself to heavy fire as he led the evacuation. As the victim was loaded onto the helicopter and his team returned to cover, Celiz stayed close to the helicopter, constantly retaliating and repositioning himself to protect the aircraft and its crew.

As the helicopter took off, Celiz was hit by enemy fire. Although injured, he motioned for the plane to leave rather than stay to load it and risk further casualties.

Celiz was originally from South Carolina and enlisted in the military in 2006.

Plumlee was serving at a base in Ghazni, Afghanistan, when it came under a massive attack, with insurgents blowing up a sixty-foot breach in the base’s perimeter wall.

Ten insurgents dressed in Afghan National Army uniforms and suicide vests invaded the breach. Plumlee and five members of special operations mounted two vehicles and rushed to the site of the detonation.

He killed two insurgents, one with a well-placed grenade and the other using precision sniper fire to detonate the insurgent’s suicide vest. He hired several others at close range.

At one point in the battle, an insurgent detonated his suicide vest, fatally injuring another US soldier.

Plumlee ran to the injured soldier, transported him to safety, and provided first aid.

He currently serves with the 1st Special Forces Group at Fort Lewis, Washington.