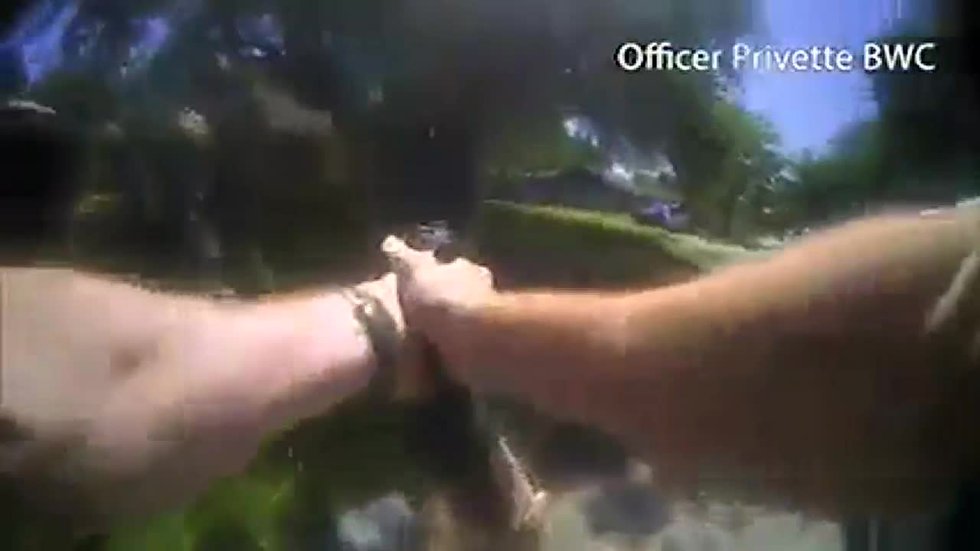 (Gray News) – Texas police on Tuesday released body camera video of a shooting involving an officer that took place in April, resulting in the death of a black man.

The Houston Police Department said officers were looking for a suspect on Wednesday, April 27. The department said Jalen Javon Randle, 29, is wanted on three warrants.

In an April 29 statement, the department said officers saw Randle get into the passenger seat of a silver vehicle, which then left the area.

When officers arrived and conducted a traffic stop, they said the driver of the vehicle refused to stop. Officers pursued and blocked the path of the vehicle, stopping it.

When Randle exited the vehicle, the department said an officer fired a shot, which hit the suspect. According to police, the suspect had a bag with a weapon inside at the time of the shooting.

Officers began medical treatment for Randle before paramedics arrived and took him to hospital, where he was later pronounced dead.

The 32-year-old driver was taken into custody and charged with trying to evade an officer.

In body camera video released by the police department, the officer with the body camera can be seen exiting the patrol vehicle to confront Randle and the driver of the vehicle after the police chase.

The officer can be heard shouting orders and appears to immediately fire his gun without waiting for a response, shouting “Oh shit”, right after the shot.

He and the other responding officers ran to Randle, who is on the ground, and handcuffed him before dragging him down the sidewalk and into the yard. They then begin administering first aid to Randle, who appears unresponsive.

Attorney Ben Crump drew attention to the video on social media on Tuesday.

The Houston Police Department said it continues to investigate the events leading up to the shooting.