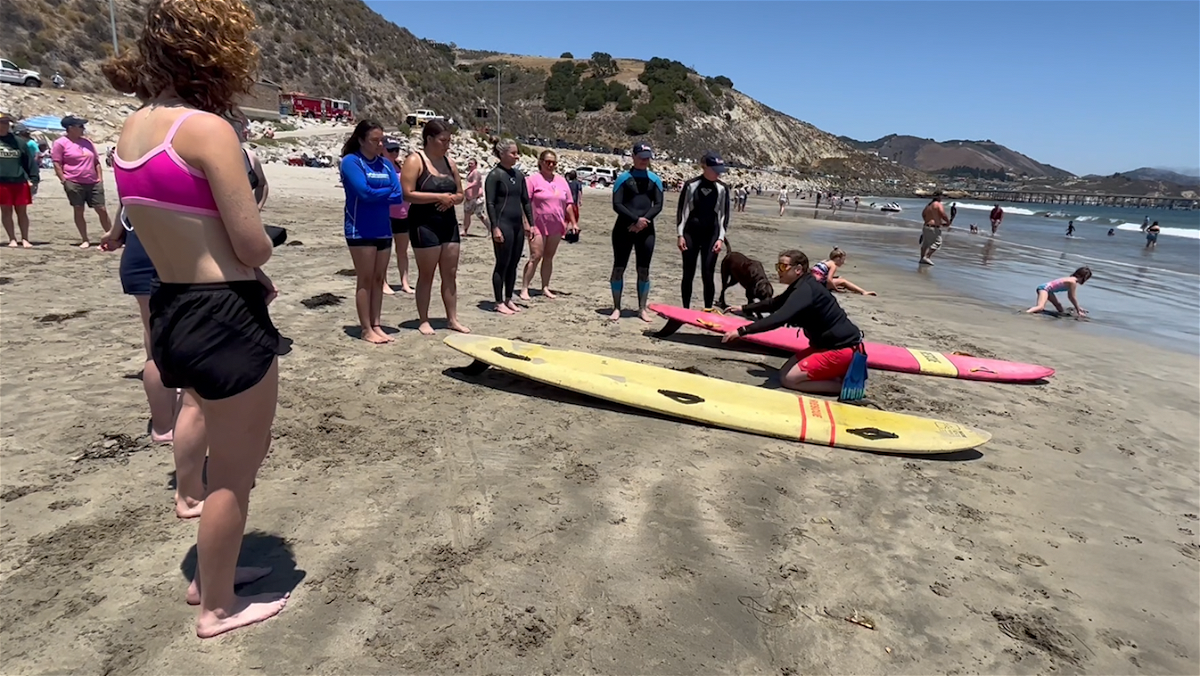 AVILA BEACH, Calif. — Camp Cinder is a five-day camp that introduces girls ages 14 to 18 to careers as firefighters.

On Saturday, campers got in the water to learn wave rescue.

“Surf rescue. It’s just another skill to add to their resume. If it’s something they’re interested in, it’s a good thing they can say they’ve learned. Cal Fire specifically, we are an all-hazards department, so we don’t just deal with wildland fires and structural fires. We also do water rescue. So it’s a good thing for them to learn,” said Savanna Birchfield, public information officer for CAL FIRE.

This year, 20 girls from different parts of California were in the camp. San Luis Obispo camp runs June 22-26.

“It’s really important to show these girls that they’re represented in the fire department, and it’s an opportunity for them to see if it’s a career they would want to pursue,” said Savanna Birchfield. .

Some Camp Cinder participants want a career in the fire service and believe that with the training they receive from this camp, it will help them get where they want to go.

“Definitely an option in my future. Career, and it really brings me even more,” said Camp Cinder participant Evelyn Hughes.

The camp is hands-on and the girls experience different training like ladder climbing, wildfire training, water rescue and more.

Camp participants say that a camp like this can really encourage more women to enter this field.

“Girls are such a minority in this type of work. And this program helps girls learn more about this program, it makes them want to do it. This may be the boost they need. And I really think it gives us and other girls a really good opportunity to try out the fire industry because they see that we can do it.

Camp Cinder participant Lacy Spear
“Girls are such a minority in this type of work. And just this program like and even like other girls learning this program makes them want to do it. Like, maybe this is the boost they need. And I really think that gives us a really good opportunity to, like, really see like, other girls in the fire industry and, like, see that we can do it.

The camp was started by one of the female firefighters in 2014. This is the first year that CAL FIRE has sponsored the camp.