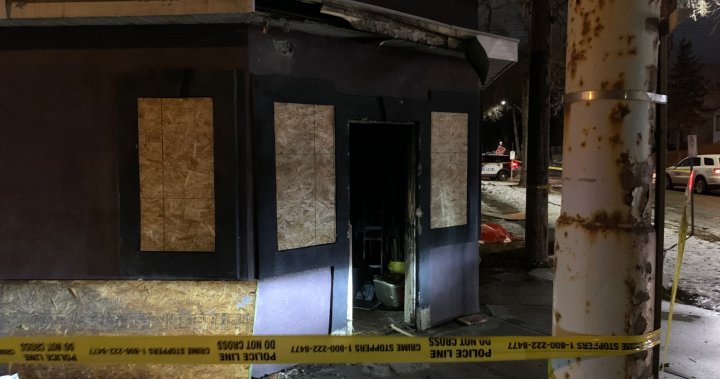 The city of Edmonton says it is working with its partners to increase the safety of the city’s most vulnerable people following the deaths of four homeless people in fire-related situations in the past two months.

The most recent death occurred on Wednesday morning when the body of a man was found in an abandoned apartment building following a fire in the McCauley neighborhood. Fire crews were called to the building at the corner of 95 Street and 106 Avenue shortly after 4 a.m.

Body found after fire in abandoned building in central Edmonton

In a press release Friday afternoon, the city said there had been four deaths related to the fires this fall involving homeless people. The other three have occurred in the past two months and include one person who had access to old downtown accommodation, one person who the city said intentionally entered a locked waste collection bin and a person seeking refuge in an encampment.

â€œThe safety of all citizens of Edmonton is, and continues to be, our top priority at Edmonton Fire Rescue. Homeless people face unique fire risks. Firefighters and our community partners must evolve their prevention efforts to ensure optimal safety for all Edmontonians.

There are currently around 2,800 people in the city without a permanent home, according to the city. About 1,200 of these people sleep outdoors or in shelters every night.

Those who live on the streets of Edmonton may seek refuge in camps, abandoned buildings or other structures, which can be dangerous.

The city said it was working with several external partners to develop ways to improve fire safety for vulnerable Edmontonians.