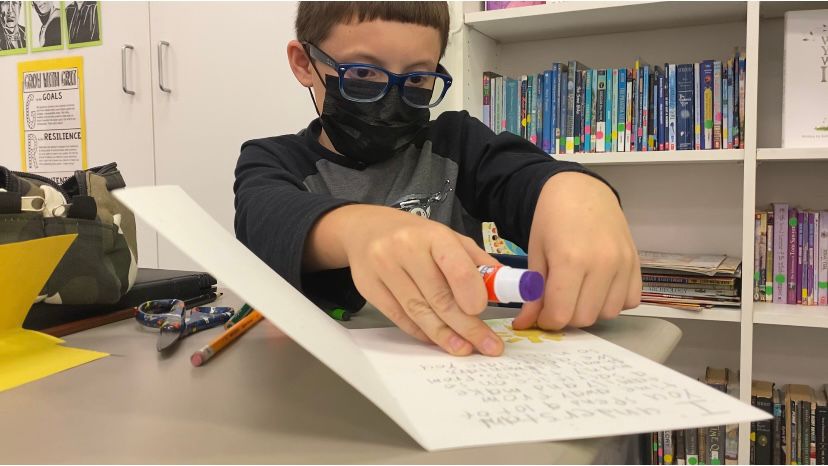 Creation of thank you cards for firefighting crews

PINNACLE, NC – Some elementary school students thank the firefighters who battled the Pilot Mountain fire in a special way.

â€œI understand that you spend a lot of time away from your family and make sacrifices for so many things. From Shoals Elementary, we appreciate you very much,â€ said Hunter Sink, a student at Shoals Elementary.

This is just one of many thank you cards Sink and his fifth-grade class have written for those fighting what officials call “Grindstone’s Fire.”

From Wednesday morning, the Pilot mountain fire had grown to over 1,000 acres, officials said.

â€œI love that everyone comes together and do such good things for people. Overall it’s amazing. It’s amazing what we can all do if we come together,â€ Sink said.

Sink’s card is especially important to him as he plans to give this one to his father.

â€œTo know that he’s not only helping to fight a fire, but saving many lives at the foot of the mountain is pretty impressive,â€ Sink said.

He remembered the moment his father had received the terrible call about the fire.

â€œHe had to go there immediately,â€ Sink said.

Like his father, Sink plans to become a firefighter.

â€œI plan to be a firefighter when I grow up because it has really inspired me my whole life,â€ Sink said.

Just as his father inspires him, he hopes the maps he and his class made will inspire those who are currently on the mountain.

â€œThe sun makes everyone happy. It makes for a good day. It’s sunny outside and you can see, instead of it’s just a moon all the time, â€Sink said.

Sink made a valid point that gives us all pause.

â€œIf the firefighters weren’t going to be up there and with the forestry, just think of the current distance to the fire,â€ Sink said.

“Keep the Crown Green” for Fire Prevention in Cherokee County