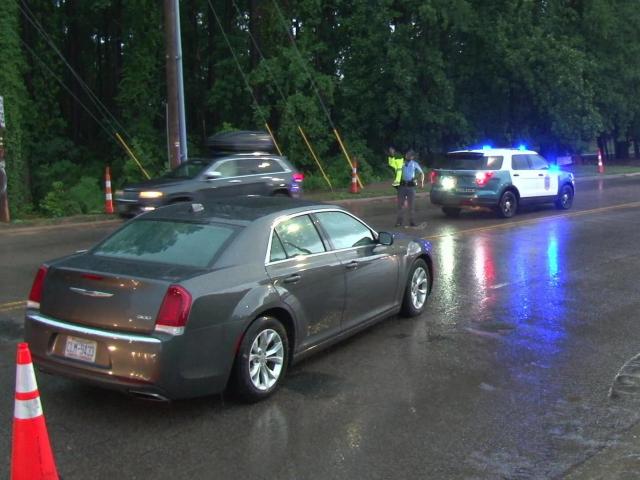 Raleigh, North Carolina – After being pounded by rain for nearly a week straight, flooding became a major concern for central North Carolina on Saturday.

The Knightdale Fire Department told WRAL News on Saturday that it was involved in “15 to 20 water rescues” on Saturday night.

One rescue in particular took place on Countrywood Lane in Wake County. Officials said crews were trying to rescue a woman atop a vehicle in water from the washed out road.

Due to the speed of the water, several boats were on hand to help. The woman was eventually taken to safety without being injured.

Knightdale Fire said it was still responding to water rescues on Saturday evening.

The Wake County Sheriff’s Office tweeted on Saturday that the intersection of Old Falls of Neuse Road and Riverside Drive was completely flooded.

Near Falls of Neuse Road and Wakefield Crossing Drive, Wake Dispatch told WRAL News that the Raleigh Fire Department and EMS were able to safely extricate a driver from a car stuck in water.

Further south, Raleigh police were directing traffic near Atlantic Avenue and Hodges Street due to flooding.

Viewer video submitted to WRAL News on Saturday showed a section of westbound Interstate 440 around mile marker 6 with a large amount of standing water.

A flood advisory is still in effect for many central North Carolina counties until 1:15 a.m.