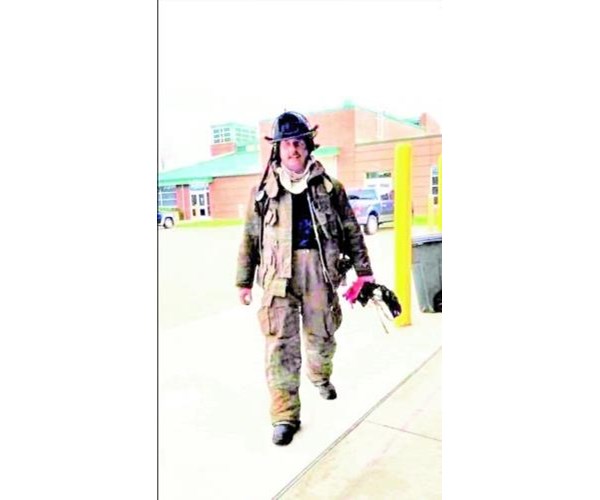 Donald A. May, 49, from North Charleroi, died Friday, November 19, 2021, at Monongahela Valley hospital. Born July 3, 1972 in New Eagle, son of the late Arnold Alfred May and Carol Joan Runyan May, who survives and resides in Bethel Park.

From 1994 to 1998, Don served in the US Air Force and was stationed at Offutt AFB, NE during Operation Southern Watch, an air-centered military operation conducted by the Department of Defense. During his military service in Nebraska, he was a firefighter and EMT at Plattsmouth.

Don was currently employed by the Golden Triangle Construction Company at Imperial, where he worked for the past 18 years. Don was formerly an Emergency Medical Technician at Tri-Community Ambulance in Monongahela and currently at Rostraver West Newton Emergency Services. He was also a member of the medical staff for the Mon Valley Thunder Junior Hockey League.

In 1986, at the age of 14, Don began his years of fire service with the Gallatin Sunnyside Volunteer Fire Department. At one point, he was a paid firefighter for the Township of North Strabane and volunteered in several other surrounding departments. Currently he was an active firefighter with VFD Duquesne, VFC Blaine Hill where he was administrator and VFC Lock No. 4 where he was captain. He was an assessor at the PA State Fire Academy in which he was very involved.

Besides his mother, Don is survived by his wife, Deanna Dean May; son, Michael A. May of North Charleroi; daughter, Kaitlyn May (Griffin Krick) of Greensburg; sister, Colleen (James) McLane and their daughter, Kailee of Palm Harbor, Florida; sister-in-law, Debi Dean from Charleroi Nord; aunt, Cheryl Runyan of Bethel Park; uncle, Harold Runyan of Clinton; significant other, Wendee Ashbaugh Dudek, and her brother, Robert “Bert” Ashbaugh of North Charleroi, and her son, Sebastian of Belle Vernon.

Private family visits will take place on Tuesday, November 23, when a firefighters’ memorial service will be held virtually at 5 p.m.

Burial services at the cemetery will also take place virtually at 12:15 p.m. on Wednesday, November 24 at Monongahela Cemetery with military honors from the U.S. Air Force and the Honor Guard and the Mon Valley Rifle Brigade. Funeral services will be chaired by Chaplain Wayne Ray.

A Facebook Live link will be available on both Lock Four, as well as the Blaine Hill Fire Department Facebook pages.

It is understood that this may put off some of Don’s extended family and friends who wish to pay their final respects to him in person. However, the family also makes sure that everyone stays healthy during the holiday season. The family are planning a memorial service to be held at a later date.

Memorial contributions can be made to the National Fallen Firefighters Foundation, PO Drawer 498, Emmitsburg, MD 21727 or online at www.firehero.org.

Expressions of sympathy can be offered to the family at www.fryefuneralhome.com.