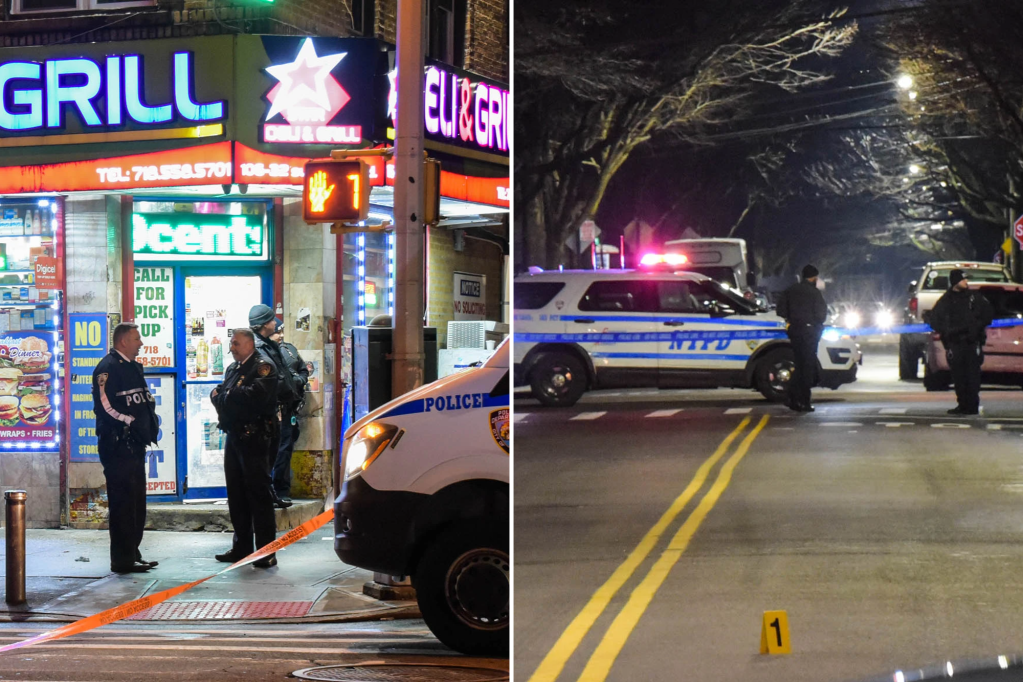 The driver of a stolen car rammed an NYPD cop in Queens – prompting another officer to open fire on the fleeing vehicle Wednesday night, cops said.

Uniformed police – two officers and a lieutenant – arrested the driver of a stolen white Subaru at Sutphin Boulevard and Tuskegee Airman Way in Jamaica around 11:30 p.m., authorities said.

But then the motorist suddenly drove off, hitting one of the officers, cops said.

The other officer opened fire in the direction of the vehicle, but the driver fled, authorities said.

Initially, it did not appear anyone inside was hit by gunfire, cops said.

The fleeing driver was still at large on Thursday.

The incident came three days after 18-year-old Luis Manuel-Monsanto allegedly backed the Jeep he was driving directly at an officer during a traffic stop on Boston Road in the Bronx.

Two cops opened fire, one of which struck Manuel-Monsanto in the head, leaving him in critical condition, authorities said.

Manuel-Monsanto, of Clifton, NJ, was charged on Tuesday with reckless endangerment, fleeing a police officer in a motor vehicle, disobeying a traffic control device and code violations of the road, according to police sources.

Advance safely: advance your clocks, change the battery of your smoke detector