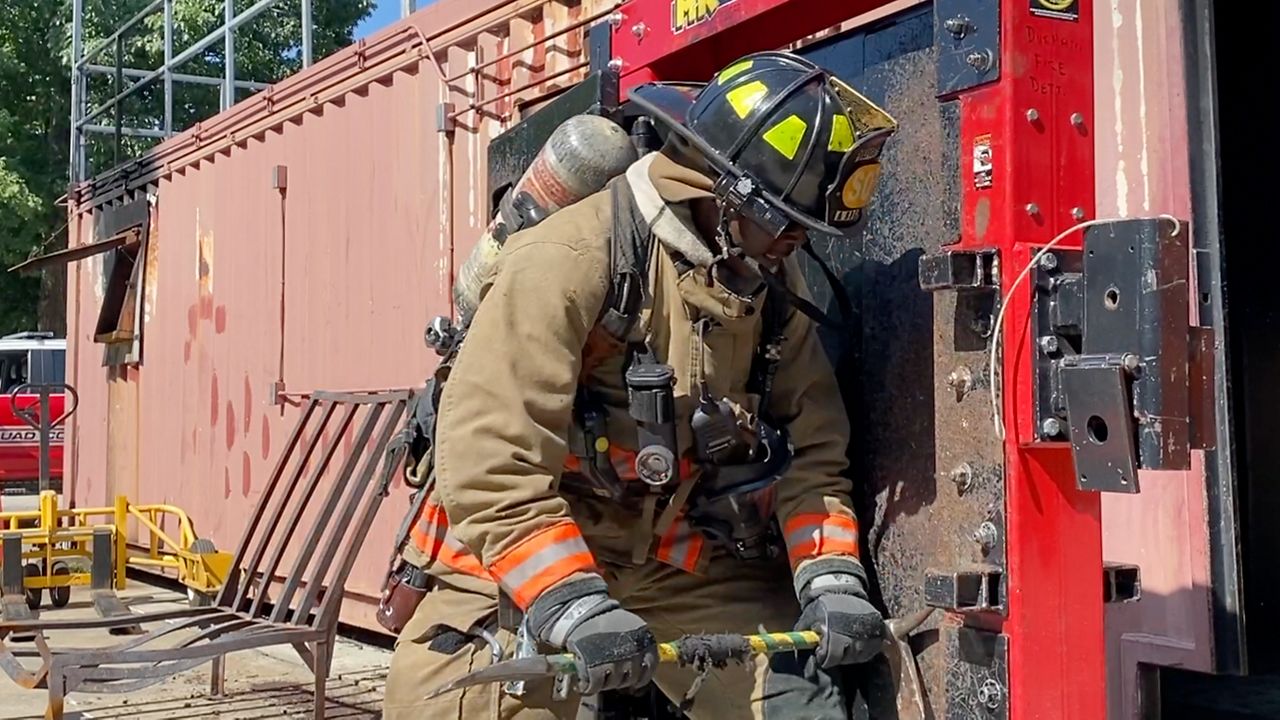 Durham firefighters train 365 days a year, even in hot weather

DURHAM, NC – Warm weather continues this week with heat advisories across the world. Many choose to stay indoors, but others don’t have that choice.

Firefighters work in this heat every day and train as much as they can to prepare for the high temperatures.

Whatever the weather, firefighters train 365 days a year

The fire department has 19 stations with approximately 400 firefighters

Firefighters train at the City of Durham Fire Department Training Center on East Club Boulevard. Crews can practice tasks such as breaking through a door, positioning ladders, and pulling pipes into structures.

Angelo Rogers, 28, has just completed his first year on the court and trains daily.

“Calls can come at any time, and if you don’t master your skills, someone can get hurt…every second counts,” Rogers said.

Even though it’s physically and mentally exhausting at times, the Virginia native says it’s been a long-time goal for him to work in this field.

“When I was in second grade, my mom had a stroke and the Norfolk fire department responded,” Rogers said. “And like most kids, I kind of thought they were superheroes and I’ve stuck with that ever since.”

This experience still motivates him today, especially when the temperatures rise. This is why, between each task, the firefighters remove their equipment, in order to be able to freshen up and refuel at the mobile support unit.

“This unit will report to any structural fire call, hazmat incident or any major incident,” Rogers said. “The mobile support guys are helping us by refilling our empty bottles, our air tanks, they’re providing snacks and water and Gatorade for rehydration.”

All that fuel is essential, as firefighters carry between 80 and 100 pounds of equipment, plus the extra weight of things like ladders.

“I try to do functional things to help me stay in shape for work, especially on days like today,” Rogers said. “I try to test myself in the heat.”

The heat is becoming a big hazard as regions around the world experience unprecedented drought conditions, leading to wildfires.

“I’m still new to North Carolina, but I think this was probably one of the driest summers they’ve had,” Rogers said. “So just being alert and prepared for the possibility that, like (in) California, we could easily have a bad wildfire here.”

That’s why Rogers says that ultimately it all comes down to training the city’s 400 firefighters.

“It’s hot, and it sucks sometimes,” Rogers said. “But the citizens expect us to show up and do our best, so that’s what we’re doing.”

Durham City Fire Department launches its next academy end of August. It will take the firefighters nine months to complete. 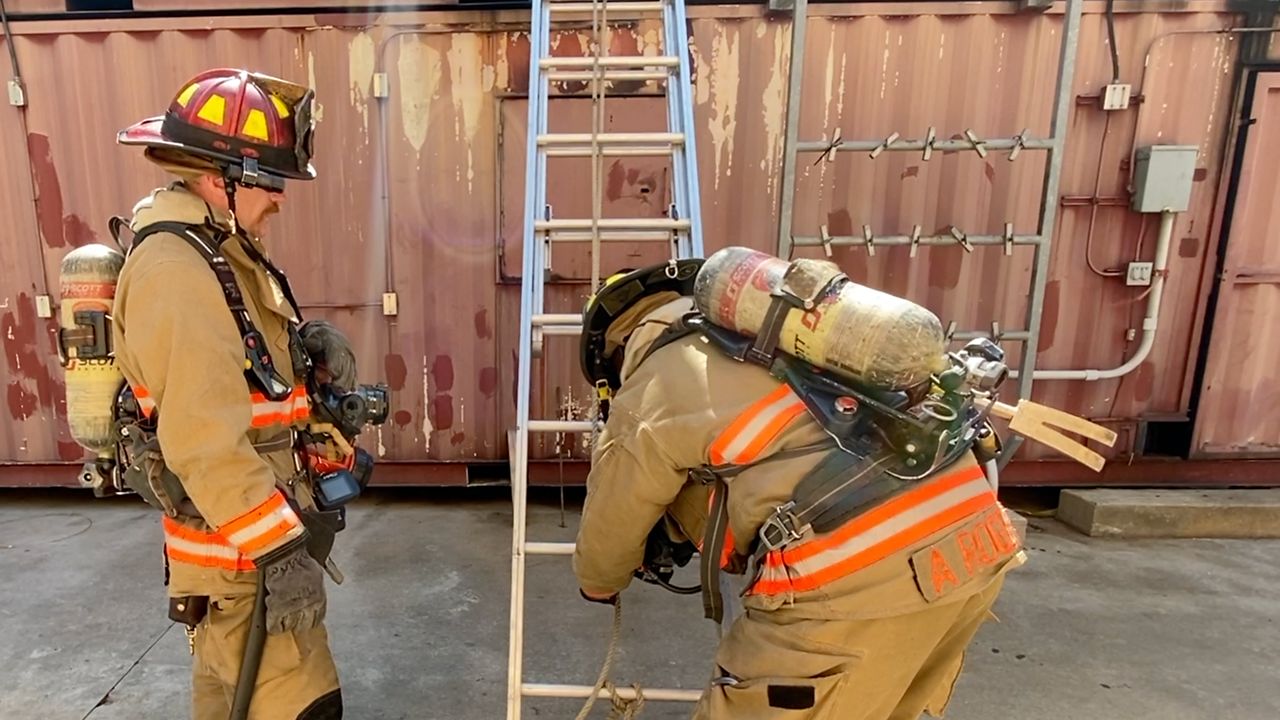