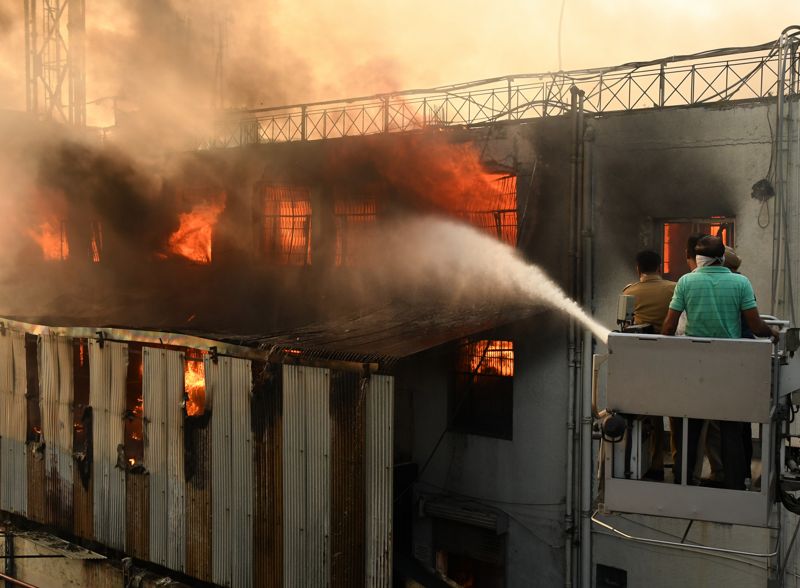 Factory fire: Chandigarh MC to carry out inspection of all buildings in industrial zone in November : The Tribune India

In view of fire safety, the Municipal Corporation will carry out a physical inspection of all buildings in the two industrial areas of the city in November.

Two days ago, two women lost consciousness and a man was injured after a massive fire broke out at an alcohol unit in the Industrial Zone, Phase I. It took firefighters approximately 12 hours to extinguish the flames, which threatened to engulf a nearby building.

Checks if installed equipment is working

We will see if the equipment works properly in units that have taken NOCs. Those without a certificate will be notified with a warning. A fire department official

During the investigation, it emerged that the factory had failed to install the fire safety equipment required to obtain a No Objection Certificate (NOC), prompting the company to file an application with the fire chief to determine the responsibility of the firefighter responsible for verifying the scene to ensure compliance.

The MC Fire Safety Wing will now inspect all premises in the Industrial Zone, Phases I and II. “We will find out if the equipment is still working properly in units that have taken NOCs. Those who do not have the certificate will be notified with a warning,” an official said.

Officials said they will also guide building owners on the installation of fire safety equipment and applicable standards. Currently, the NOC can be obtained online, but recently there has also been a charge based on the area covered.

MC Commissioner Anindita Mitra said, “MC has already inspected most areas of the market and issued notices as per standards. A 100% physical inspection of all buildings in the industrial zones is scheduled for November. »

Sources said that although more than 20,000 establishments exist in the city, less than 1,000 owners have purchased NOCs in the city. These also include a number of government buildings.

The fire wing’s action has so far remained on paper as establishments have not bothered to take its advice seriously.

A fire official explained: ‘There is no strict law to enforce fire safety standards against units that do not comply with safety measures despite notices. Our statutes need to be updated.

Asked why many owners have failed to meet the standards, Naveen Manglani, President of the Chandigarh Chamber of Industries, said: “Everyone wants to have fire safety equipment for their own safety. However, standards need to be more practical.

20,000 Total number of establishments in town