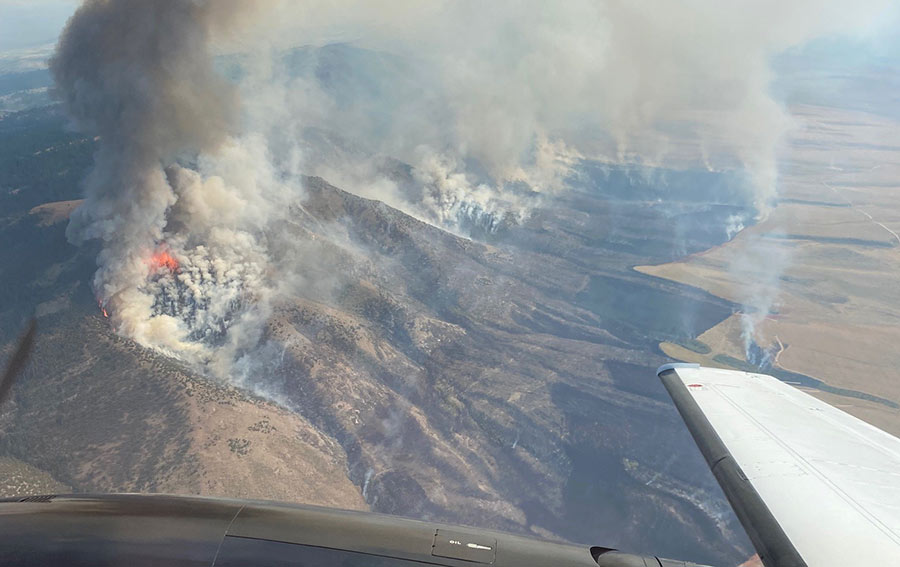 PAULINE – A fire has broken out near the Pauline unincorporated area in Power County, the East Idaho Interagency Fire Center said Wednesday.

The Lusk Fire was estimated to burn 500 acres on private and BLM managed land at 7:20 p.m. It is moving in a south / southeast direction.

Power County Road and Bridge was working on a road four miles southeast of Pauline when lightning struck nearby, the fire hall said. They immediately attempted to stop the blaze and called the Eastern Idaho Interagency Dispatch Center to report the blaze. Graders in the area installed an additional fire line to minimize agricultural damage.

Powered by the winds, the fire quickly spread through brush and grass to the wooded ridge line.

“Drought, hot weather and dry grasses are making fuels increasingly explosive in the area,” said Richard Zimmerman, deputy manager of fire management at the Idaho Falls District Land Management Office, in A press release. “These conditions cause a rapid rate of spread. “

“We have ordered three additional 20-person teams to help place a line of fire in areas inaccessible to engines and air resources,” Incident Commander Cory Berkebile said in the press release.

Berkebile would like to thank the Power County staff for their prompt response.