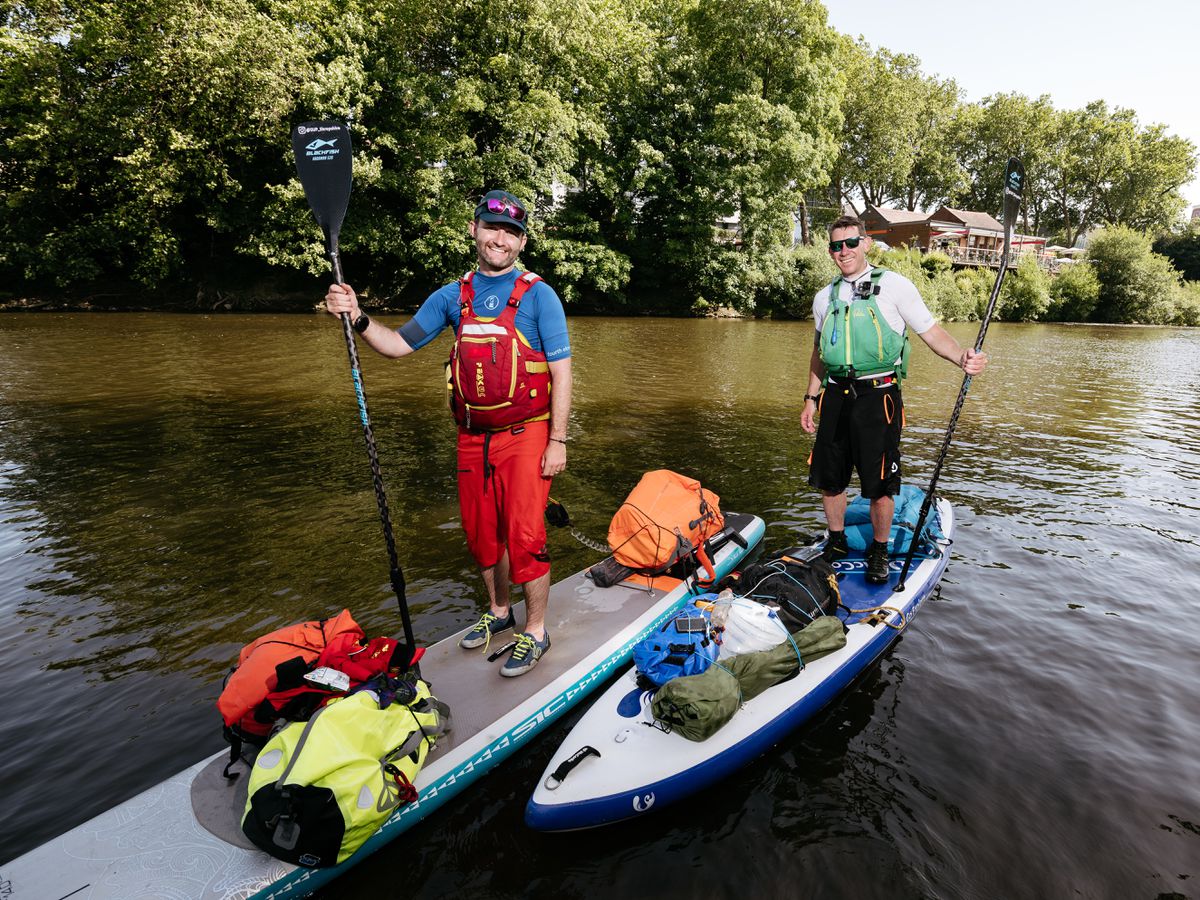 Craig Jackson, a firefighter from Shifnal and James Sutherland, a water safety officer from Claverley, began their four-day jaunt on Friday June 17.

And the couple are raising money and awareness for two charities close to their hearts – Seaful and Severn Area Rescue.

On day one they paddled from Crewgreen on the Shropshire Powys border to Atcham.

Then on the second day of their trip they covered an impressive 68km stretch from Atcham to Stourport, and on the third day they covered 58km from Stourport to Gloucester.

The final leg of their journey saw them leave Gloucester and paddle 52km to their final destination, the Severn Estuary – where they were due to arrive last night.

Craig said day three was particularly difficult due to extreme weather – intense heat on Friday and heavy rain on Saturday – but he said being on their paddleboards made them “feel alive”.

He said: “Day three was a real pain, we really felt it.

“We had 11 on the board, and when we got up in the morning, we were just in pieces.

“We’ve invested so much in the last few days, and it really hit us hard, it was longer than expected, and the river gets a lot slower as we go down, so we have to earn every shot.

“We were on the verge of tears this morning.

“But being back on the water is great for our mental well-being, and when you’re in that environment, you can’t help but feel alive.”

And after four days of camping along the river and living in dry bags, Craig looks forward to a hot shower and collapses into bed.

They have currently raised £940 of their £1,000 goal for their chosen charities.

Craig is an Ambassador for Seaful, founded in 2020, who dedicates his time to connecting people to the ocean and other waterways. James is a volunteer with the Severn Area Rescue Association (SARA) which locates and rescues vulnerable people along the River Severn.

Ukraine is waging a sinister war of attrition. Only NATO can help change that | Jack Watling