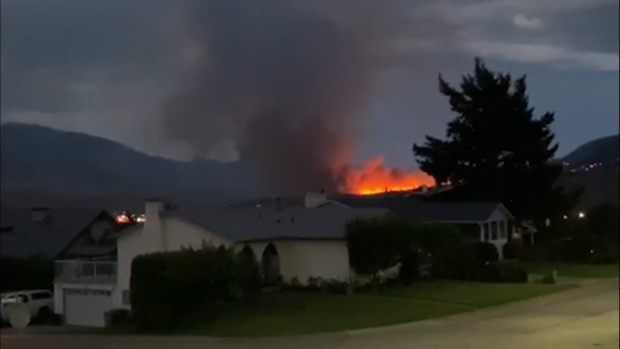 Forest fires in British Columbia: evacuation of 2 neighborhoods in Kamloops

Witnesses told CTV News there were several fires going on on the outskirts of town, but the largest was on the east side.

The Juniper Ridge and Valleyview neighborhoods were evacuated. They were not listed on the Thompson-Nicola Regional District website, but had been added to a interactive map hosted by TNRD.

The latest update on the City of Kamloops website involved properties on Nechako Parkway east of Qu’Appelle Boulevard and across the Capilano Parkway.

Based on tweets posted by the city, an order for the area was canceled at some point overnight and then reissued for Juniper Ridge shortly thereafter. The latest information is posted on the city’s Twitter account.

According to the TNRD map, it appears that 123 houses are under evacuation orders.

Kamloops crews are battling the fires, and the BC Wildlife Service says another wildfire was burning nine kilometers outside the city.

Residents told CTV there was intense lightning activity across the region on Canada Day.

This is news in development and will be updated.

With files from Melanie Nagy of CTV News in Kamloops