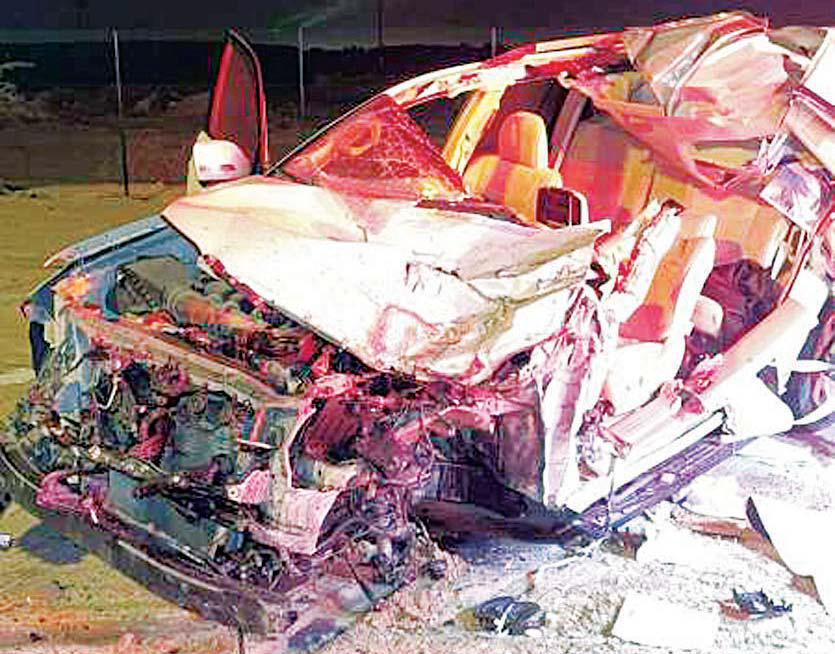 
KUWAIT CITY, January 8: Three Kuwaitis died in a tragic traffic accident on Friday on Salmi Road. The daily did not give details of the accident, reports the Al-Rai daily. In another accident, an unidentified Kuwaiti man died as a result of a collision between a car and a truck on King Fahd Road en route to Kuwait City.

The public relations and media department of the firefighting law enforcement said that after receiving a report at the operations room indicating that an accident had occurred on King Fahd Road, the firefighters rushed forward. at the site and found the man trapped inside the mutilated car. Firefighters cut the metal, freed the body, and handed it over to forensic scientists. The cause of the accident is not known. Meanwhile, earlier Wednesday, three people died in two road crashes in Kuwait, reports the Al-Rai daily.

The public relations and media department of the General Fire Department said the first accident between Mina Abdullah and Umm Al-Hayman occurred between a bus and a sand truck. The vehicles were heading down King Fahd Road towards Nuwaiseeb when they collided, killing people and injuring three believed to be Arabs. Firefighters said the second crash was when a truck overturned on the Seventh Ring Road towards Sabhan, opposite the Abdullah Mubarak West area. According to fire sources, the driver was trapped under the overturned vehicle and died of his injuries.