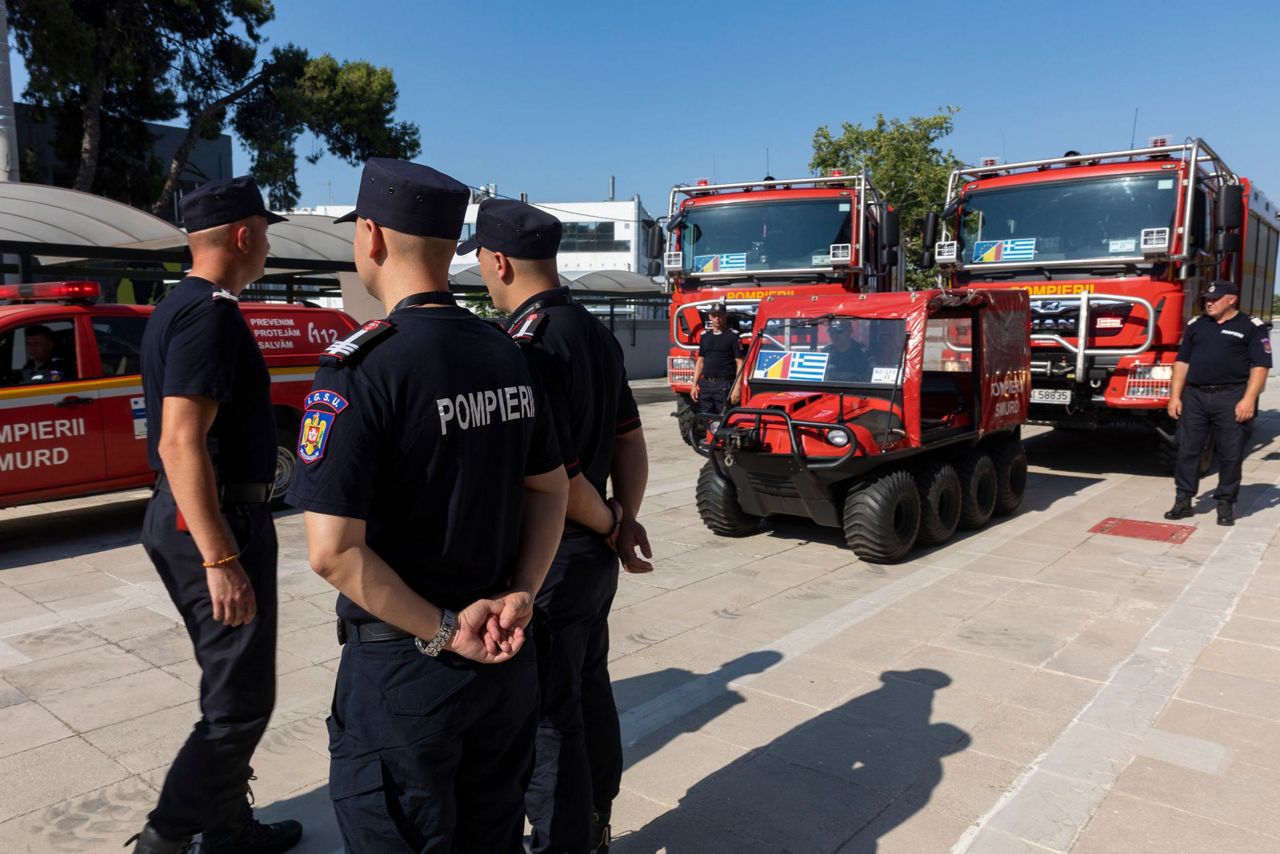 ATHENS, Greece (AP) — Greece is receiving European aid for the summer wildfire season, with the first group of firefighters arriving in Athens.

The 28 Romanian firefighters were welcomed on Saturday by the Minister for the Climate Crisis and Civil Protection Christos Stylianides and the management of the Greek firefighters. In total, more than 200 firefighters from six European countries will eventually be deployed to Greece.

Romanians, along with other countries including Russia and Turkey, helped Greece fight widespread forest fires in August 2021, which erupted across the country and devastated the northern part of Euboea, the second largest island in Greece, as well as the southern Peloponnese peninsula.

This year, the EU has set up a “pre-positioning pilot project” intended to lead to a permanent program of cooperation at European level.

“We are stepping up preparation for the #wildfire season in Europe. From today, +200 (firefighters) from all over Europe will be strategically positioned in Greece to quickly join national forces before (the fires ) spin out of control,” tweeted Janez Lenarcic, Stylianides’ successor as EU Commissioner for Crisis Management.

Romanian firefighters, who brought five fire trucks, will operate in the Attica region, which includes the capital Athens, until July 31.

Those who arrived on Friday will be relieved by an equal number of Romanian firefighters on July 15. Their place will be taken in August by a French contingent of 25 men.

A team of 16 Bulgarian firefighters, with four fire trucks, also arrived in the central Greek town of Larissa on Friday and were greeted by local authorities and firefighters. The Bulgarians will remain in the zone throughout July.

On July 15, 16 German firefighters will begin operating in the Peloponnese; they will be replaced at the beginning of August by 14 Norwegian and 24 Finnish firefighters, who will be relieved once, in mid-August, by an equal number of their compatriots.

Greek authorities say rising fuel costs have added to the challenges facing the fire service, which relies heavily on water-dropping planes to fight blazes in the mountainous country.

Greece will start using fire retardant chemicals in water drops this year and will also use fires tactically to fight larger blazes.

Four of the six heads of foreign contingents attended a live firefighting drill west of Athens on Thursday. The leaders of the German and Norwegian teams watched the exercise online.

A study by an international consortium of research institutes shows that the extension of wildfire seasons and the intensity of fires will also have a negative impact on efforts to limit carbon dioxide emissions due to the decrease in forests, which are normally efficient carbon sinks. The study even suggests that the intensity of forest fires could gradually exceed current firefighting capabilities.

Lefteris Pitarakis contributed to this report.