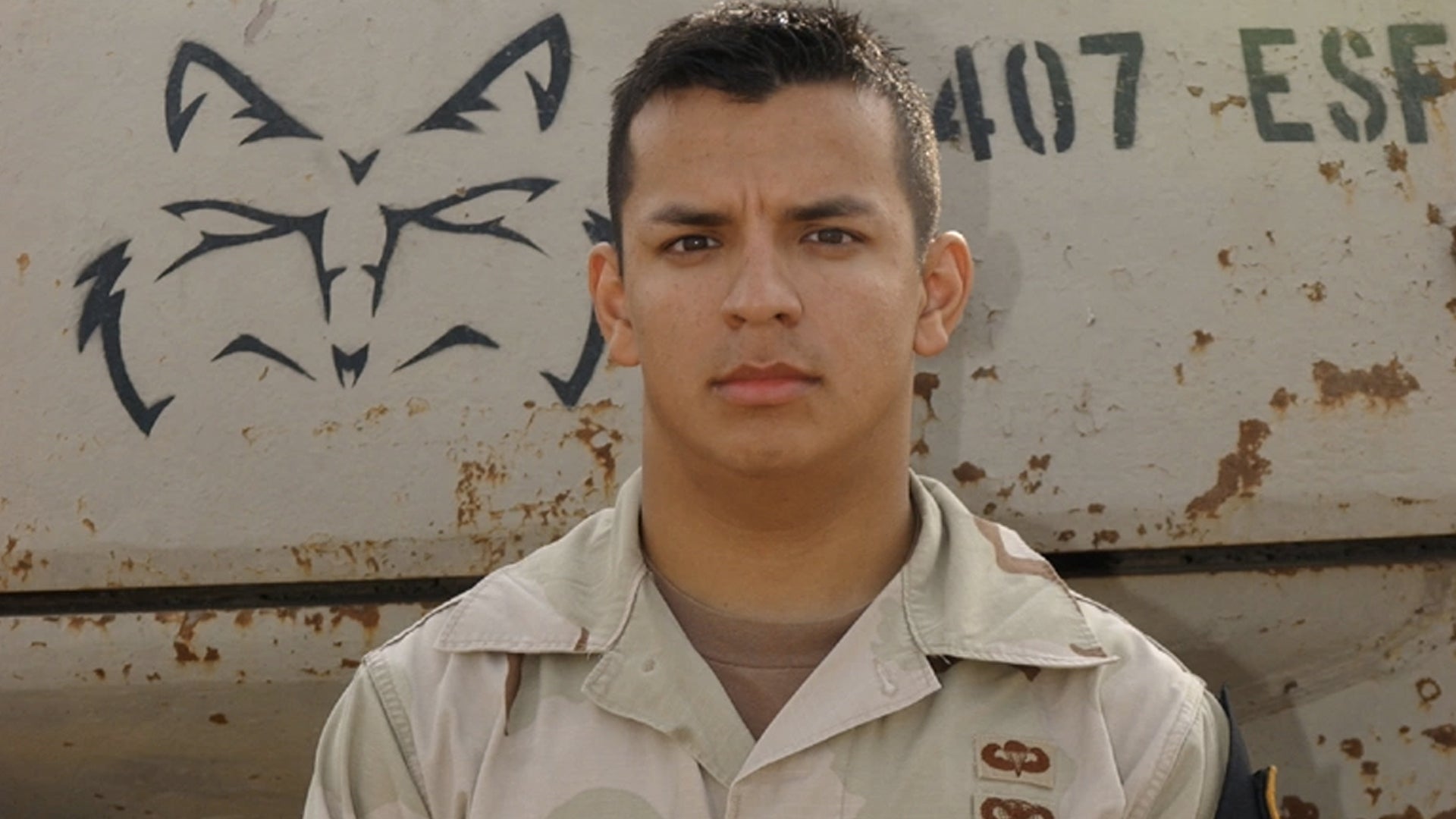 The weirdest things can happen in war, like Air Force Staff Sgt. Cesar Flores discovered it personally from the seat of a Humvee near Camp Bucca in southern Iraq 15 years ago. It was June 15, 2007, and Flores was part of a convoy of security forces – the equivalent of the Air Force’s military police – clearing the roads outside Camp Bucca of improvised explosive devices. so that other convoys can get to the base safely.

What happened next not only saved Flores’ life, but also taught him a valuable lesson in leadership, which is why the Airman shared his story with a group of colleagues from the 97th Air Mobility Wing. , at Altus Air Force Base, Oklahoma earlier this month. . Now Chief Master Sergeant, the highest rank in the service, Flores reminded listeners to get to know their Airmen and accept that there are many ways to be a leader. Another airman seemed to agree with Flores.

“Once you get to know someone and establish a connection, you’re able to forge a better relationship with them,” Tech said. sergeant. Michael Voorhees, 97th Training Squadron NCO in charge of student affairs. “Where that will have the most impact will be when you find yourself in stressful situations, especially under fire, and you can rely on them because you’ve built that foundation of trust for them.”

Flores learned that lesson the hard way when he met Lead Airman Duane Dunlap during his 2007 tour of Iraq. Dunlap was the gunner in Flores’ patrol party, but the two heads often clashed.

“He and I didn’t get along at all,” Flores said. “He had a tendency to question everything. At the time, my only way to lead was to line up or get off the bus, so we weren’t playing well.

Subscribe to Task & Purpose today. Get the latest military news, entertainment and gear delivered to your inbox daily.

Camp Bucca was no picnic. The base was at one time the largest US-run prison facility in Iraq, holding 13,000 of a total of 19,000 detainees held in US facilities in the country, according to the BBC. On June 9, less than a week before the detonation of the IED that hit the Flores convoy, six prisoners were killed and at least 50 injured when the base was hit by indirect fire. Many future leaders of the so-called Islamic State, including the group’s first caliph, Abu Bakr Al-Baghdadi, began sharing ideas and networking behind camp walls. Ironically, it was the job of Flores and his fellow airmen to help guard the base that housed these men. In this context, Flores’ relationship with Dunlap became so bad that Flores “couldn’t stand” Dunlap and “was about to fire him”.

But then the IED exploded and Flores woke up in a nightmare.

“When I regained consciousness, it was hell on earth,” he said. “I was literally on fire. I smelled what I believe was white phosphorus. I heard someone scream. It was Duane.

The explosion had given way in Flores’ door, pinning him to his seat. His weapon had also melted, so he was defenseless. The airman called for help, and he was surprised who answered.

Dunlap “had the presence of mind to grab me by the body armor and shoot until I got out of there and we were both lying in the middle (of the vehicle),” Flores said. .

Flores crawled into the back of the Humvee, opened the back door, and got out, followed shortly by Dunlap. Flores was covered in blood, but he soon realized it wasn’t his: it was Dunlap’s.

“He was hit by a baseball-sized piece of shrapnel in the leg and always had the presence of mind to get me out of my predicament,” Flores said.

Another airman then cleared the road on foot, a deadly risk if another IED was detonated, Flores said. Meanwhile, a fourth airman with “combat rescue experience” tended to Dunlap’s injuries. The shooter was medically evacuated to Germany and then to Brooke Army Medical Hospital at Fort Sam Houston, Texas, leaving Flores with a valuable lesson.

“Duane Dunlap, the kid I was about to fire, who I couldn’t stand, ended up saving my life and being my angel in disguise,” said Flores, who later received a Purple Heart for attack that day 15 years ago. .

“I never took the time to get to know him beyond our coaching duties and that became the main reason why I never really gave him a chance,” he added. “A selected technical sergeant, a high-speed leader who does not know his airman. It was embarrassing…someone I didn’t think much of ended up being the reason I can see my [family] every day.”

The last on task and purpose

Want to write for Task & Purpose? Click here. Or check out the latest stories at our homepage.