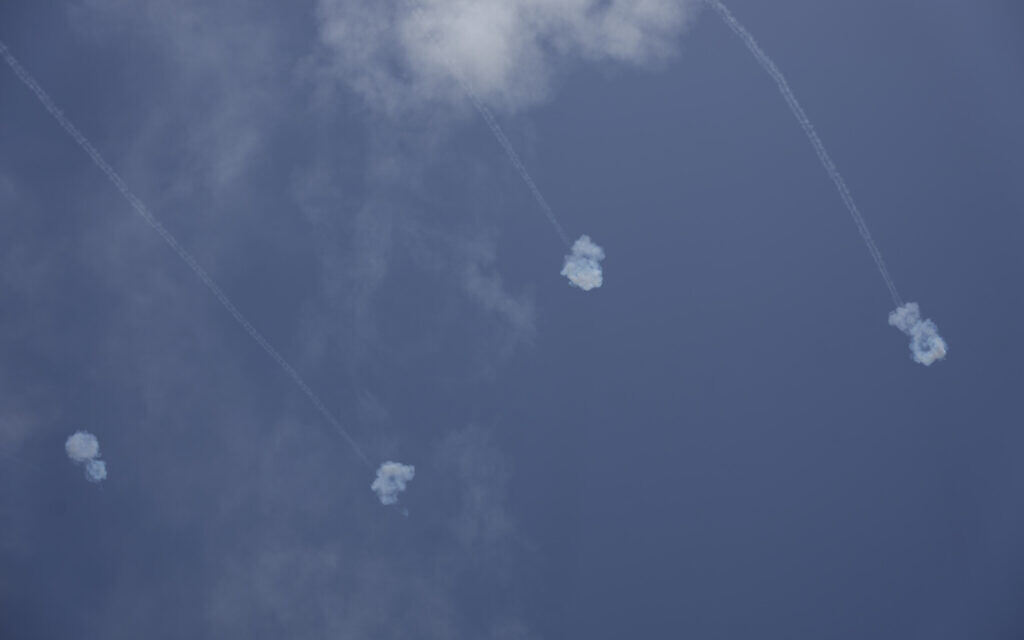 “The operation will continue for as long as necessary,” Lapid said.

“The Israeli army, Shin Bet and security forces will continue to act against Islamic Jihad until we restore peace and remove the threat to children. [living in the Gaza border region]adds Gantz.

Residents of southern Israel have suffered the brunt of some 500 rockets fired from Gaza since Friday, and many have been stranded since the middle of last week.

Khaled Mansour is the second senior Islamic Jihad operative killed since Friday, when Israel opened the campaign with a strike against the organization’s commander in northern Gaza, Tayseer Jabari.

Lapid and Gantz praise the IDF, Shin Bet and security forces for what Lapid calls the “extraordinary achievement” of killing Mansour.

Along with promises to continue the assault on Islamic Jihad targets and operatives, Lapid said Israeli forces are careful to minimize civilian casualties in Gaza.

“We are acting in a targeted and responsible manner to minimize damage to those not involved,” the prime minister said.

According to the Hamas-run health ministry in the Gaza Strip, 29 people have been killed since Operation Breaking Dawn began, including six children. Israel says many of those killed were members of the Islamic Jihad terror group.

The fire prevention system was working well, “bad luck” caused the tragedy of the…