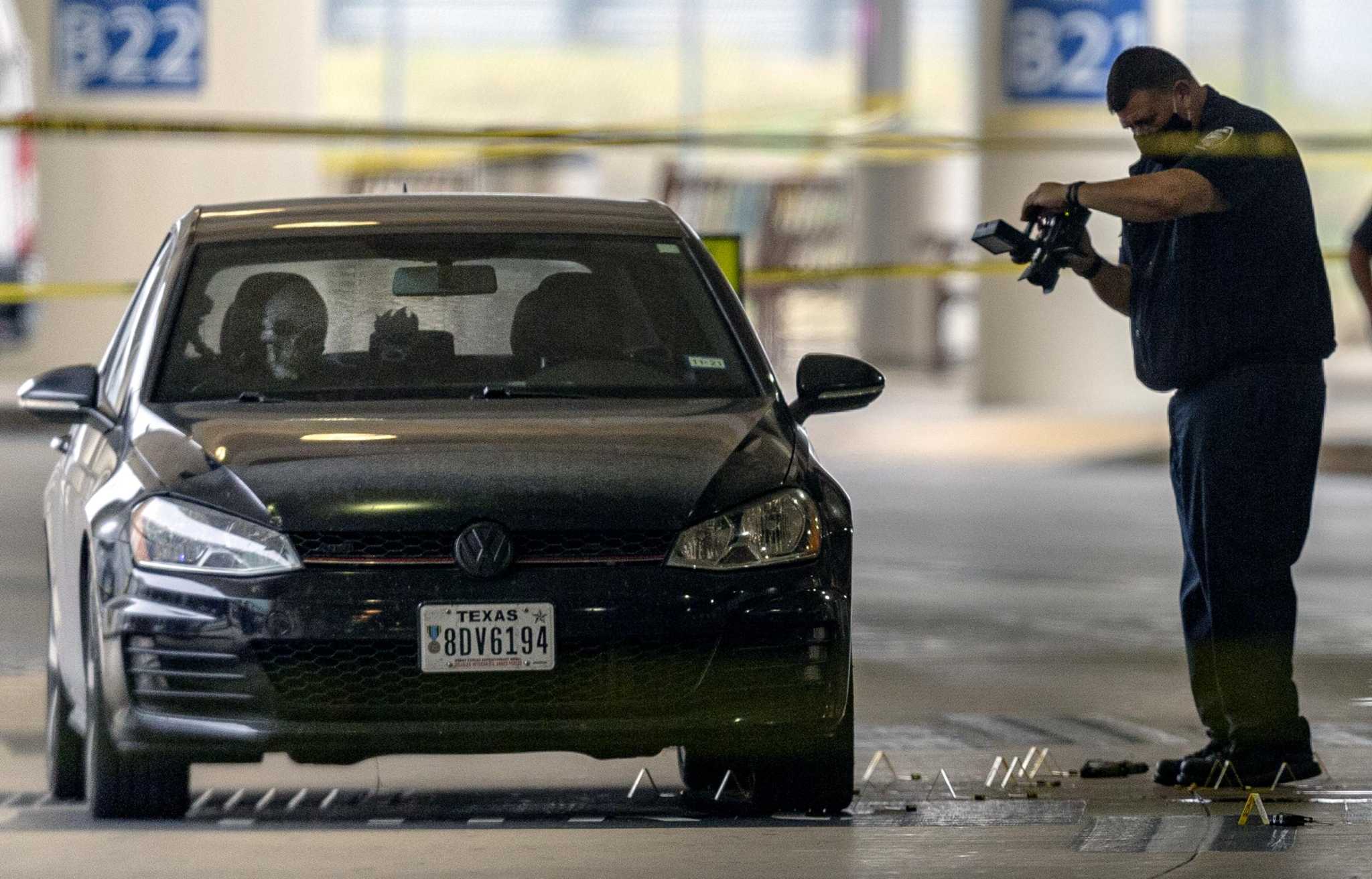 It’s been a year since a gunman opened fire at San Antonio International Airport. Here is what happened that day.

This week marks the anniversary of San Antonio narrowly avoiding a mass shooting when a gunman opened fire at San Antonio International Airport.

The shooter, Joe Gomez, 46, drove the wrong way on the lower level road that serves the passenger terminals around 2:30 p.m. on April 15, 2021, according to reports at the time. San Antonio Park Police Officer John Maines stood in the middle of the road to confront the driver near Terminal B, but the man got out of the car and began shooting at people in the terminal.

Travelers inside the airport panicked at the sound of gunfire, running frantically for cover.

Doug Rosini, 49 at the time, was expecting a flight at 3:55 p.m. that day; he was on a business trip. He heard what he thought was a “shove” as he passed restaurants at the airport, then heard someone say to run because there was a shooter.

He quickly began looking for exits amid some passengers who he said were pushing and shoving in their own efforts to get to safety.

“The only thing that crossed my mind was the idea of ​​going back to my family,” Rosini said at the time.

“They quickly and calmly ushered us into a safe hallway and brought us to a lower level,” Wills said last year.

“The officer saved many lives. What we had there was the start of an active shooter situation,” Police Chief William McManus said at the time. “We are very lucky.”

Maines, 41 at the time, had worked with the park police for 11 years and was working overtime on the day of the shooting.

No one else was shot and only a few people inside the airport were injured in the chaos. McManus said one person was hit by shrapnel and was treated at the scene, while another who fell running and injured his ankle was taken to hospital.

“We just know it was pretty scary,” Rosini said. “Luckily the TSA folks did a good job of getting people where they needed to be and making sure the panic was at a minimum as best you could.”

Gomez was taken to University Hospital, police said, where he was pronounced dead. Although the officer was initially believed to have killed the shooter, the Bexar County Medical Examiner’s Office said the man died of a self-inflicted wound and that the wounds of the officer who replied were not fatal.

McManus said Gomez fit the description of a man who earlier in the morning fired a gun from the Loop 1604-US 281 interchange overpass. The chief also said the service Police had previously dealt with the man, noting that officers believed there were “some mental health issues”.

The military veteran had a criminal history, according to earlier reports of court records.

Gomez was charged with felony possession between 4 and 400 grams of amphetamine in 2011, but the charge was dismissed due to insufficient evidence.

Police seized Gomez’s shotgun, three handguns and two assault rifles after he was arrested in 2014 on suspicion of possessing between 5 and 50 pounds of marijuana. A year later — after Gomez did not contest a charge reduced to possession of 4 ounces to 5 pounds of marijuana and sentenced to two years of community supervision — a judge signed an order for his weapons to be released, including a .45 caliber handgun.

Gomez was released from community supervision in early May 2016 because he showed “progress and compliance with conditions.”

On ExpressNews.com: The airport shooter had a history of arrests

Gomez was armed with a .45 caliber handgun and a box full of ammunition on the day of the shooting last year.

In June, the police department released security camera footage of the airport shooting. Although Maines had a body-worn camera, he did not activate it.

Police scrambled part of the video when Gomez knelt and killed himself.