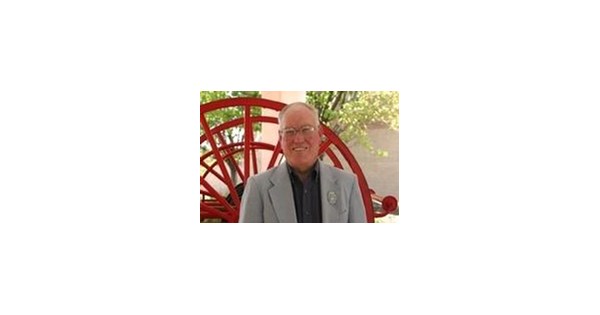 By Joie F. King Last updated Mar 27, 2022
Share
John B. Woodall
May 17, 1934 – March 16, 2022
Olympia, Washington – John was born May 17, 1934 to Benjamin Johnson Woodall and Etna Louise McHan in Albuquerque NM.
John grew up in Estancia NM where he developed a passion for firefighting. He started hanging out at the Estancia fire station in his youth and became a full-fledged volunteer firefighter while at HS. After graduating from Estancia HS in 1951, he went to Oklahoma A&M College (now Oklahoma State University), which was one of only two colleges offering a prevention engineering degree fires. After graduating in 1955, he was hired as one of the nation’s first fire prevention engineers, New Mexico State Deputy Fire Marshal.
He married JoAnn Dryden in 1955 with whom he had 3 children, Linda, Richard and Kathryn. After separating from JoAnn, he married Joan Drong in 1965 and together they had 2 children, Marie and Johnny.
He was an executive with the New Mexico State Department of Insurance, Safeco Insurance Group, Seattle WA, Millers Mutual Fire Insurance Co., Fort Worth Texas, Oregon Mutual Insurance Co., McMinnville OR, and ended his career in as Assistant Commissioner of Insurance for the State of Washington.
Following in his father’s footsteps he moved to Estancia Masonic Lodge No 33 in 1956 and joined the Scottish Rite in Santa Fe. Moving to Olympia WA in 1987 he became active with the Olympia Valley Scottish Rite. John was awarded the 33rd Degree High Honor in 2001 for his service.
In 2015, he was officially recognized as a member of the Cherokee Nation.
He enjoyed college football, cheering for the OSU Cowboys, WSU Cougars, and OSU Beavers. He was recognized as an honorary WSU cougar in 1986, receiving his pin from WSU football coach Mike Price.
He loved trains and travel. His classmates from OSU met every 5 years and in 1990 they decided to meet every year. They took turns hosting the meeting and exploring the United States. One of his favorite trips was the Panama Canal cruise. He and Joan loved making memories with their grandkids, including taking them on cruises to Alaska and trips to Disneyland.
He is survived by his children: Linda Woodall, Richard (Karen) Woodall, Kathryn (Dan) Anderson, Marie (Ian) Jennings, John Woodall and his grandchildren Brick Jennings, Brandon Ballinger, Danielle Ballinger, Brooke Ballinger, Jaden Ballinger , Ashley Woodall , Andrea Van Herk, Savannah Edgerly, Casey Wilkerson and 8 great-grandchildren.
Services are scheduled for 1 p.m. April 1 at Olympia Lodge, 521 North St SE, Tumwater WA. Visit before the service from 12 p.m. to 12:45 p.m.
Make donations in his memory to Eastside Friends of Seniors, 1121 228th Ave SE, Sammamish WA 98075 or a charity of your choice.