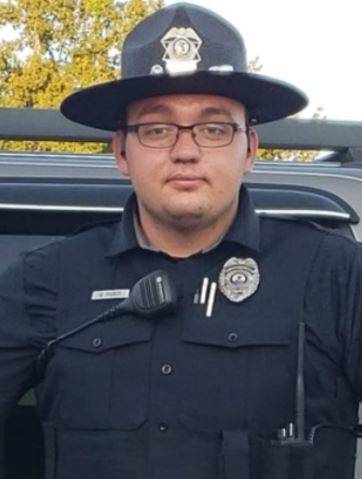 According to court documents, on August 4, 2021, Campbell was driving a 2009 Dodge Charger, fleeing police, when he crossed the McKinley Bridge in Venice and hit Pierce, 24, of Carbondale.

Pierce had placed “stop strips” on the road at the time as part of efforts to arrest Campbell. Pierce died of his injuries; the vehicle that hit him was later found abandoned in Missouri.

Campbell was charged with the death on August 20, 2021 and originally charged in September 2021. He has been in custody since his arrest.

Dakota R. Davidson, 20, of Wood River, has been charged with two counts of aggravated arson, a Class X felony, in a case originally brought by the Wood River Police Department. On October 2, Davidson allegedly set fire to an apartment building on the 100 block of Thompson Street in Wood River.

Several 911 calls were also received about the fire, including one that a man was seen fleeing the scene with a can of gasoline. A resident of the complex was seriously injured fleeing the fire when she fell from a balcony. She was transported by ambulance to a medical helicopter and airlifted to a hospital in the St. Louis area.

Robert L. Coleman, 31, of Granite City, was charged with aggravated discharge with a firearm, a Class 1 felony in a case originally brought by the Granite City Police Department. According to court documents, on June 27, 2021, Coleman fired a gun in the direction of another person or vehicle he should have known was occupied.

Brandon L. Hennen, 27, of Wood River, was charged with aggravated unlawful use of weapons and obstruction of justice, two class 4 felonies, and domestic assault, aggravated assault and endangerment of children, all Class A misdemeanors. The case was originally brought by the Wood River Police Department.

According to court documents, on September 21, Hennen allegedly had a Ruger LCP .380 caliber handgun without a valid gun owner’s ID or concealed carry permit and attempted to conceal the weapon in a garbage dumpster. He is also accused of pointing the gun at the head of a household or a family member in the presence of a 4-year-old girl.

10 Anime Villains Who Would Be Better As Heroes