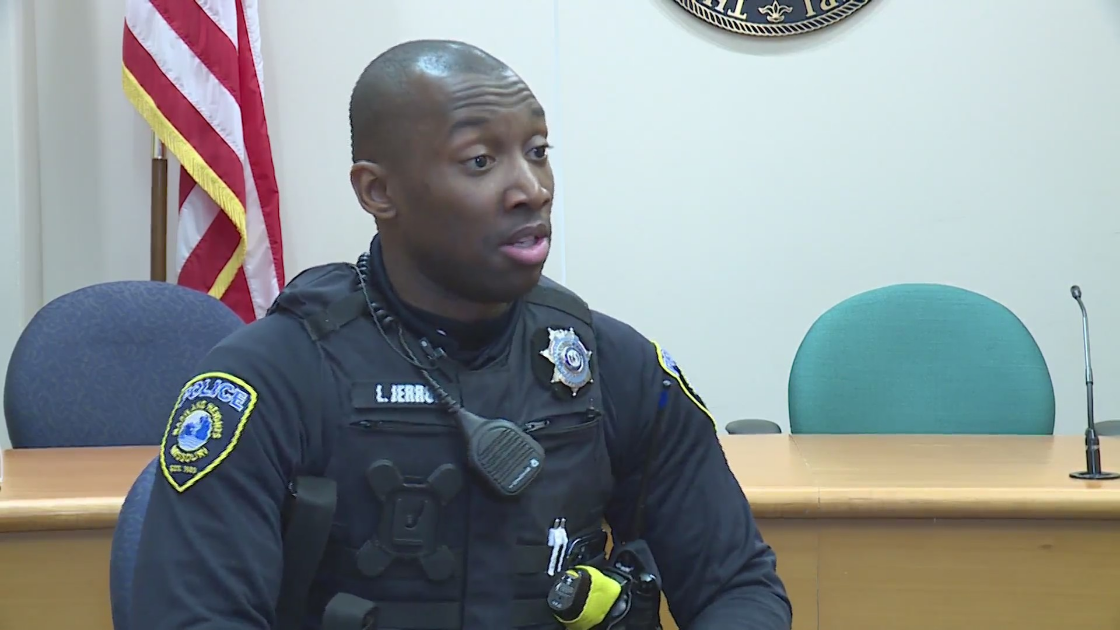 MARYLAND HEIGHTS, Mo. – On February 24, 2020, a gunman killed a co-worker at the Maryland Heights Community Center, then turned his gun on a police officer who had rushed to face danger.

Last week, shooter Michael Honkomp was sentenced to life plus 15 years behind bars. The officer who apprehended the shooter, Larry Jerrod, was in the courtroom for the sentencing and said he was satisfied with the court’s decision.

Officer Jerrod is believed to have saved lives that night through his actions.

Headline-grabber: A major winter storm will hit the region late Tuesday through Thursday

Honkomp pleaded guilty in December 2021 to second degree murder and five other felonies.

Honkomp admitted to killing Maria Lucas after an argument. He worked part-time as a janitor at the community center.

Prosecutors said Honkomp was sent home for disciplinary reasons earlier in the day and was angry about it.

Honkomp returned to the community center and had a brief chat with Lucas at the front desk before shooting him with a 9mm handgun. Lucas died at the scene. She was 45 years old.

Moments after the shooting, a woman ran outside the community center and went for help. Luckily, Agent Jerrod was already in the parking lot. He had just finished filing a report at the Maryland Heights Police Station, located in the community center.

After being informed of the shooting, Jerrod radioed for help but did not wait for backup. He went inside to confront the shooter to prevent further violence.

Jerrod said he asked Honkomp to drop his gun. Instead, the shooter opened fire on Jerrod and two exchanged gunfire.

Jerrod told FOX 2’s Elliott Davis that he got scared during the encounter and thought he might die, but his training started which allowed Jerrod to get over his nerves.

There were more than 100 other people crammed into the community center as the gunfire raged. Jerrod managed to wound Honkomp and take him into custody.

Honkomp had been diagnosed with various mental disorders and entered into a plea deal with prosecutors. Jerrod joined family members of Maria Lucas in court for sentencing last Friday.

Jerrod hopes his example will serve as a reminder to the community that the police are there to protect and serve; and that they risk their lives for complete strangers.