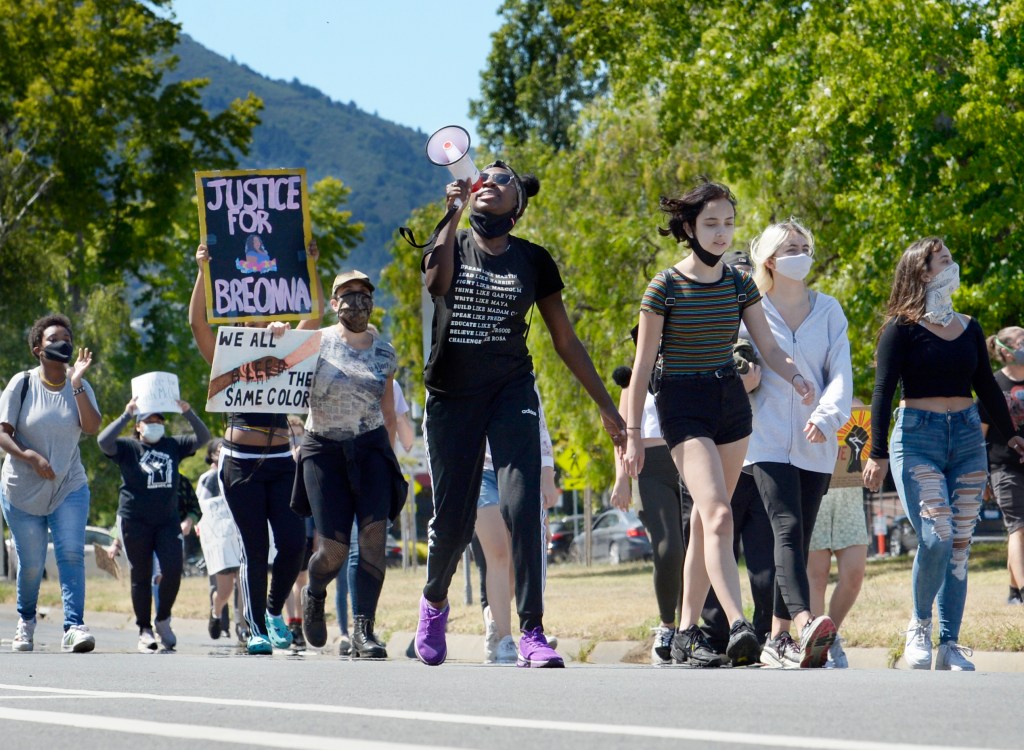 The Mill Valley Police Department and a city racial equity group said they would continue to collaborate on policy updates after the first release of racial data associated with police checks.

The publication of the data complies with the Racial and Identity Profiling Act AB 953 (RIPA), which requires state law enforcement agencies to begin collecting data by January and report to the Attorney General by April 2023.

Mill Valley Police Chief Rick Navarro presented his department’s early acquisition of RIPA data as an indication of his department’s responsiveness to addressing the racial challenges outlined by the Diversity Workplan, the Mill Valley Equity and Inclusion (DEI).

“I appreciate and believe in 21st century policing and look to build trust and legitimacy, update our policies and oversight, improve technology and social media, increase community policing all by reducing crime, improving the training and education of officers, as well as the safety and well-being of officers. “Navarro said Oct. 18 at a Mill Valley city council meeting where the data was presented publicly.

Representatives from the Mill Valley Force for Racial Equity and Empowerment (MV FREE), an advocacy group made up of members of the DCI task force, noted that these percentages show a disparity from the Mill Valley population for non-white residents, blacks being at 1.2. % and Hispanic / Latino at 4.2%.

“I think it’s an indication of racial prejudice. It’s a very small sample of data, but it’s definitely something that deserves further investigation, ”said Tammy Edmonson, representative of the MV FREE Police Team, who is working with the Police Department on news. policies.

Other city officials did not draw the same conclusion. The police department staff report says the daytime population is doubling every day, potentially skewing the data and its applicability to Mill Valley residents.

“We have three months of data showing that police checks correspond appreciably to our daytime population. Our leader is committed to continually evaluating the data to ensure our policing services are both impartial and effective, ”said Mayor John McCauley.

Navarro also said he didn’t think the results produced evidence of bias based on age, race or gender.

The raw data promised to MV FREE could provide additional context to the shutdowns, Edmonson said, adding that Navarro had contacted MV FREE to set up a meeting in November where the information could be shared and other next steps could be developed. .

“What we’re focusing on again is what are the actual metrics we use to make sure we’re moving forward?” And that’s obviously a long-term goal. You don’t erase racism in one year, ”Edmonson said. “We don’t want to see the city in a position where they say our job is done.”

The data did not indicate where the stops had taken place. “Occasional encounters” or arrests without detention or search are also not included in the data.

Edmonson noted that she did not believe the department was racist, but that implicit biases or unconscious stereotypes could contribute to the disparity.

Navarro touted achievements over the past six months, including increased transparency; updated policies and procedures, including best practices recommended by RIPA to avoid proxy bias; the alignment of force policies with the “21st century police”; improved accessibility of complaint submissions »increased community engagement; collaboration with community groups; increased training of officers; early implementation of AB 953 (RIPA); developing a civilian oversight process; creation of a part-time community service officer position; recruitment of a student police officer; and the continued use of external organizations such as Marin Mobile Crisis and the Marin Streets team to assist with service calls.

Navarro said the department introduced an unbiased policing policy within the department, which was developed in conjunction with MV FREE.

“We believe that we have taken important and significant steps to extend and develop a policy and procedure which helps to combat potential racial prejudice in law enforcement,” he said.

The agency is also exploring an autonomous proxy bias policy, which it is developing with MV FREE. Proxy bias is when a person makes an inappropriate call for a police service or report based on racial profiling.

“The Mill Valley Police Department has a great partnership with MV FREE, which includes open dialogue with mutual respect and understanding,” said Navarro.

The Mill Valley Police Department, made up of 22 officers, has an annual budget of about $ 7.1 million for a town of about 15,000 people.

The meeting also included a presentation from Southern Marin Fire Protection District Chief Christian Tubbs, who said the agency was looking to improve diversity in recruiting despite barriers such as public trust, cost of application and infrequent vacancies.

“We first need to start building those trusting relationships in communities where maybe that trust doesn’t exist or where, even where it does exist, they don’t see it as a job opportunity for them for various people. reasons, ”Tubbs said. noted.