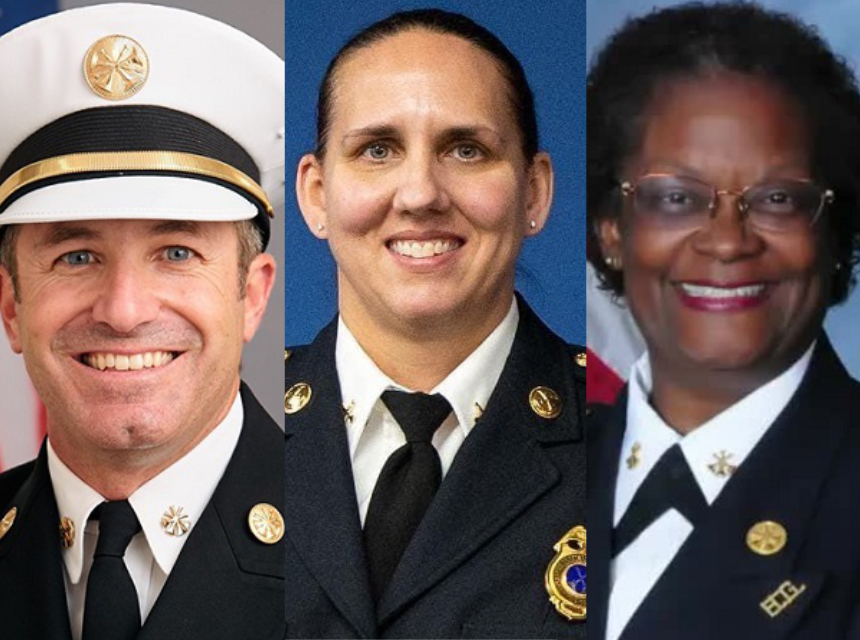 This bi-weekly series is devoted to the latest promotions and other news within the fire department..

ALLISON ARMSTRONG took over as the first female chief in the history of the Toledo Fire & Rescue Department (TFRD) on February 4. Armstrong joined the department in July 2000 and rose through the ranks, being promoted to lieutenant in 2010, captain in 2011, and battalion commander in 2019. She replaces former TFRD chief Brian Byrd, who retired after 34 years. in the TFRD to become head of the city’s public security department. Armstrong holds a bachelor’s degree in nursing from Mercy College and a master’s degree in health informatics from the University of Cincinnati.

TINA R. WATKINS was sworn in as the first-ever black chief and wife of the Petersburg (VA) Fire Department (PFD) on January 31. Watkins comes to the Richmond (VA) Fire and Emergency Department PFD, where she worked for three decades, serving as the department’s battalion chief for the past 11 years. In this role, she oversaw five stations and six fire companies. Watkins is a U.S. Coast Guard veteran and was named Richmond Firefighter of the Year in 1995.

THOMAS GRIF was named the new Chief of the Coeur d’Alene (ID) Fire Department (CDFD). Greif previously served as deputy head of the department and will replace Kenny Gabriel, who will retire Feb. 15 after more than 30 years with the department. Greif is a 24-year veteran of CDFD and has held numerous leadership positions within the department. He is also president of the North Idaho Fire Chiefs Association and has worked with the Kootenai County (ID) EMS system.

DANNY ALVAREZ will take over as the new chief of the Santa Monica (CA) Fire Department (SMFD) on February 28. He replaces Wolfgang Knabe, who had served as the department’s acting head since June 2021 after former SMFD chief Bill Walker took over as the top job. at the Bedford (TX) Fire Department. Alvarez is a 24-year veteran of the Burbank (CA) Fire Department, where he rose through the ranks, starting as a firefighter, eventually working as an Acting Chief, Battalion Chief, Captain, Fire Engineer for Inspection of Hazardous Materials and Fire Prevention, Recruit Academy Instructor and Member of Urban Search and Rescue.

frank soto will take over as the new chief of the Spokane Valley (WA) Fire Department (SVFD) on March 1. He replaces former SVFD Chief Bryan Collins, who will be retiring after a 38-year career in the fire service. Soto is a 26-year fire service veteran who was most recently the deputy chief of the SVFD. He spent 22 years with Albuquerque (NM) Fire Rescue, where he left that department as a division chief. He then became Deputy Chief of the Tucson, Arizona, Rural Metro Area Fire Department, where he worked for three years.

To feature yourself or another member in “Names in the News”, please send an email with the information (60-100 words) and a high resolution photo of the member with the subject line “NITN” to derek .rosenfeld @clarionevents.com.