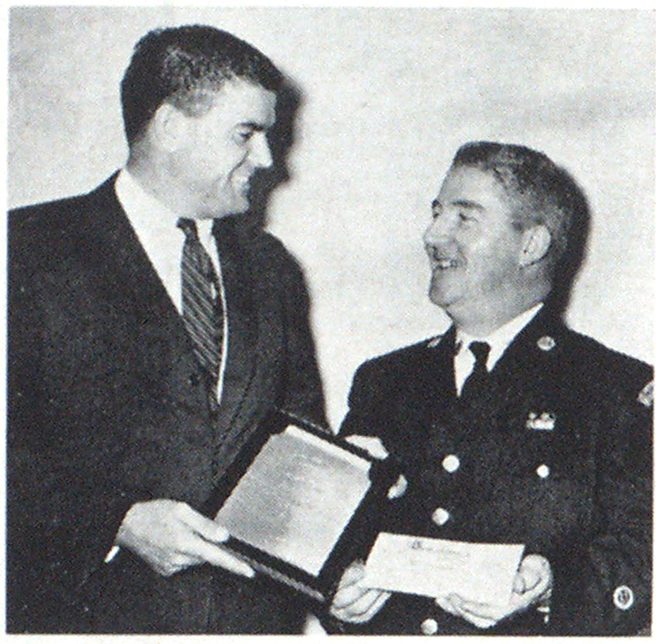 names in the news

Capt. Martin C. McMahon, Ambulance Service Chief for the City of Baltimore Fire Department, was recently honored by the Baltimore Association of Commerce as Firefighter of the Year. The award, launched this year, features a silver plaque and $500 cash.

Captain McMahon, a 20-year veteran of the department, was selected for his efforts in developing mouth-to-mouth resuscitation and the pocket airway tube used with the method, as well as his collaboration in developing the system. closed heart. Massage.

Additional notice taken from this event included a resolution from the Maryland House of Delegates congratulating the recipient on the award and their selection for a citation as Outstanding Irishman of the Year by the Baltimore Friendly Sons of St. Patrick.

William H. Dawson, City of Greenwich, Conn., Fire Department, was named Deputy Chief March 17, succeeding to the position vacated by the recent death of Chief Henry Crawford. For six years, he has been a fire prevention inspector.

Chief Crawford began his career as a volunteer with the Sound Beach Company in 1940. After serving in the Air Force during World War II, he returned to the Sound Beach Company until 1946, date he was appointed as a paid firefighter. He was appointed as an inspector in 1955. He is first vice president of the Fairfield County Fire Chiefs Emergency Plan.

Norman G. McFarlane has been named Chief of the Port Huron, Michigan Fire Department, succeeding Chief George Chapelle who left the position for health reasons. Chief McFarlane joined the department in 1944, was commissioned second lieutenant in February 1952, and lieutenant in December 1952. He was commissioned captain in 1956 and second deputy chief in 1960. During Chief’s recent hospitalization and convalescence Chappelle, he served as acting department head.