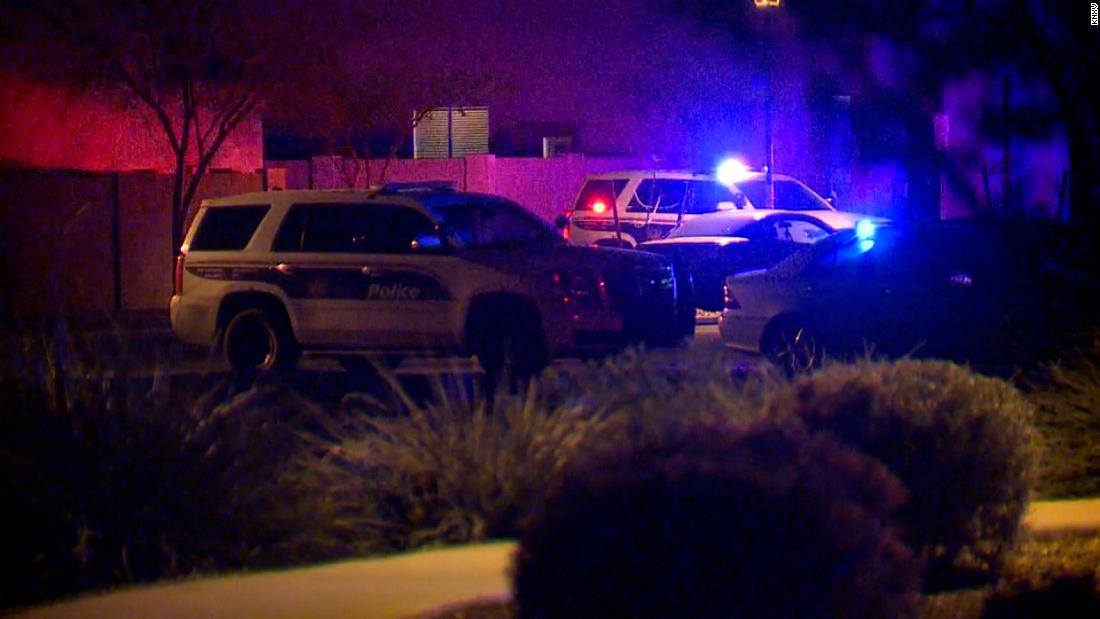 One dead and nine officers injured in Phoenix shooting

An officer responding to a shooting report was invited inside a home in Buckeye, west of Phoenix, by a suspect who then ‘ambushed’ the officer with gunfire while that he was still outside the house around 2:15 a.m., according to Sgt. Andy Williams, police spokesman.

The officer was repeatedly hit but managed to retreat and call for reinforcements, Williams said.

A man then came out of the house holding a baby and placed the baby on the floor before being detained, according to Williams.

The suspect inside the house then opened fire on other officers – hitting four of them – as they tried to get the child to safety, Williams said.

Four other officers were hit by ricocheting bullets or shrapnel but remained at the scene, according to Williams.

Williams initially described the woman as “extremely judgmental”, but later reported that she had died.

The man who executed the child was not part of the ambush, Williams said, adding that the investigation was in its preliminary stages.

The shooter barricaded himself in the house after officers returned fire, according to Williams. He was later found dead in the house.

The responding officer and the other four fired immediately after him and sustained non-life-threatening injuries.

Arizona Governor Doug Ducey voiced his support for the officers via Twitter.

“Please continue to pray for the five Phoenix police officers injured this morning. Our men and women in blue are working day and night, no matter what, to protect our state from harm. Their courage and sacrifice steadfast help keep us safe. Arizona is deeply grateful,” he wrote.

“If I look upset, I am,” the police chief told reporters. “It’s insane. It doesn’t need to happen. It just keeps happening over and over again.”

Chief Williams tweeted later on Friday: “So proud of the brave men and women of @PhoenixPolice. 5 officers were shot and 4 others injured in an act of violence that left a woman critically injured. As they heal their wounds, their brothers and sisters in blue will be back there to answer your call.”

Williams, the police spokesman, said the child was safe. He said the woman was the suspect’s former girlfriend and the baby was their child.

In western Maryland, two police officers suffered gunshot wounds after responding to a call about a suspicious man with a gun just before 1 p.m. Friday in the town of Frederick, Police Chief Jason Lando told reporters. journalists.

The officers – a man and a woman – along with the suspect were airlifted to R Adams Cowley Shock Trauma Center in Baltimore, according to Lando. Their conditions are not known.

Maryland State Police are assisting in the investigation.

The closures of several area schools have been lifted, according to a tweet from Frederick County Public Schools.

In New Mexico, authorities are looking for a man and woman who allegedly shot a state police officer Friday morning, according to state police.

The officer is in stable condition, police said.

State Police describe the suspects as a 5’2″ to 5-4″ burly man wearing black pants and a blue hoodie, and a 5’7″ thin woman wearing a tan shirt with black leggings .

No details about the shooting were provided.

CNN’s Amanda Musa and Hannah Sarisohn contributed to this report.