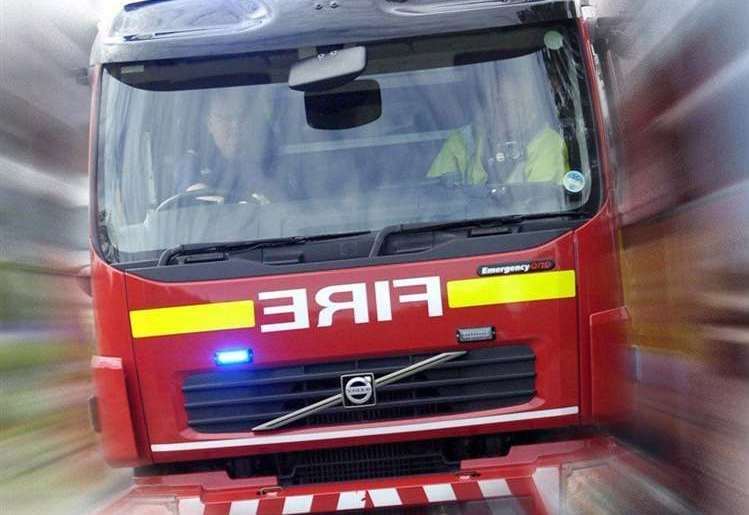 Papworth Everard Fire Station will be closed and firefighters will be relocated to Cambourne following the move of Papworth Hospital to Cambridge.

The Cambridgeshire Fire and Rescue Service struggled to have enough on-call firefighters available during the day as a number of crew members worked in the hospital.

That means fire trucks from nearby towns were dispatched instead for about half of all incidents in the area, with the extra travel time causing delays.

The fire service believes more people in Cambourne will be available to sign up for guard roles.

On-call firefighters are not based in a barracks, but go about their normal lives and carry a horn that goes off when needed. They must live or work within five minutes of the fire station.

Deputy Fire Chief Jon Anderson said: ‘When Cambourne Fire Station was built as part of the New Town development in 2010, it was always expected that the Papworth Fire Truck would eventually move to Cambourne . That’s why we also built it with a modern training facility, which Papworth doesn’t have and it would cost thousands of pounds to bring Papworth up to modern standards.

“With the disappearance of the hospital, the risk profile of the area has also changed for us, as it has always been our greatest fire risk. With the rapidly growing number of houses in Cambourne, the balance of risk has tipped over and now is the time to move on.

He continued: “The biggest driver of the move however is our belief that we can improve our incident response times in both Papworth and Cambourne. With a larger population of people to recruit on-call firefighters from, we have a much better chance of having the fire truck available during the day. Being a duty firefighter is incredibly rewarding.

“It’s a paid role, but many of our on-call firefighters join to support their local community and do something worthwhile alongside their main job.”

The relocation of the station will begin in March and will take a few weeks. During this time, the availability of the fire truck to intervene will not be impacted. After the move, the station will be completely decommissioned and the site will probably be sold.

Know someone who lives in a fire-prone part of California?