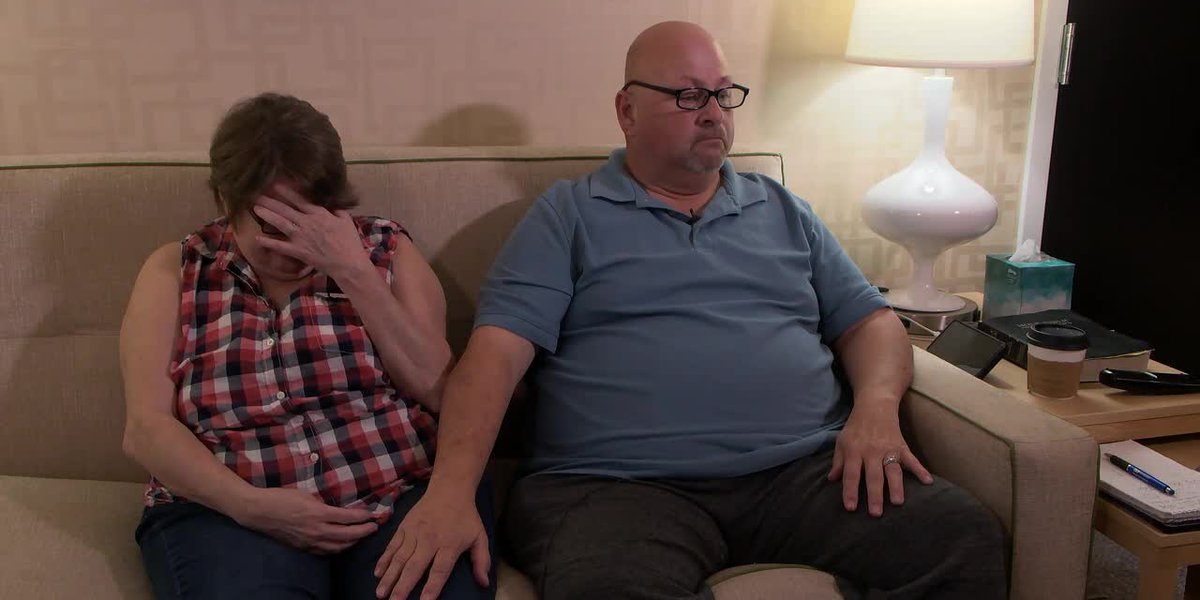 The full interview is included in the playlist above.

FAIRFIELD TOWNSHIP, Ohio (WXIX) – Parents of a man shot by police during a mental health episode say things should have been handled very differently.

Susan and Paul Hubbard hold no grudges against the officers. But they question the response Wednesday night in Fairfield Township that placed their son, Brian Hubbard, 29, in hospital in critical condition.

Officers responded to Camargo Park around 8 p.m. to assist the Butler County Mobile Crisis Team after Susan called Brian, who was experiencing an emotional disturbance.

At some point, according to body camera footage released Friday, Brian walked out of the residence and approached officers Adam Green and Richard Coy holding a knife and hammer.

Officers repeatedly told Brian to drop the guns, but he continued to walk towards them. They also warned him that they would shoot him.

Officers opened fire, hitting Brian before the 29-year-old fled into the residence. Officers chased him, subdued him and then administered first aid.

“If I had known he was going to get shot,” Susan said Friday night, “I would have taken those bullets for him anytime.”

Susan says she initially called because Brian was saying things that just didn’t make sense and scared her. She says she has been called in for crisis intervention at least five times in the past.

Paul describes the Crisis Team as a 24/7 resource for mentally ill patients going through a mental health crisis. “An intervention person can come out and talk very calmly and peacefully to a mentally handicapped person.”

Paul says the visible presence of the officers just outside Brian’s residence contributed to the escalation of the situation. He wonders what might have happened if they had parked out of sight around the corner.

“Instead, he had the opportunity to look out the windows and see them,” Paul said. “They stood outside for several minutes talking with us, asking us questions, having normal conversations. They weren’t on heightened alert.

This gave Brian the opportunity to grab “everything he could” from the residency. “Unfortunately he grabbed a kitchen knife, which was long, and a hammer.”

Paul says he tried to get between his son and the officers and joined in their pleas for him to drop the guns.

Officers say they didn’t use their tasers because a person in emotional distress often doesn’t respond to them.

Their recommendations to Brian to drop the guns didn’t work either, and Paul says there’s a reason for that.

“Being autistic or mentally ill, many people don’t respond to sound cues,” he said. “They freeze. Their mind is not working.

Then the officers opened fire. Paul counted three shots. He says there may have been more.

“I stopped hearing around three o’clock because I was just starting to go into shock.”

As Brian fights for his life in the hospital, Susan and Paul want what happened to be a lesson.

“There’s no hate,” Paul said of the officers. “I totally support them. And I’d like to see something good come out of my son’s tragedy.

Constables Green and Coy have been placed on administrative leave.

See a spelling or grammatical error in our story? Please include the title when you Click here to report it.