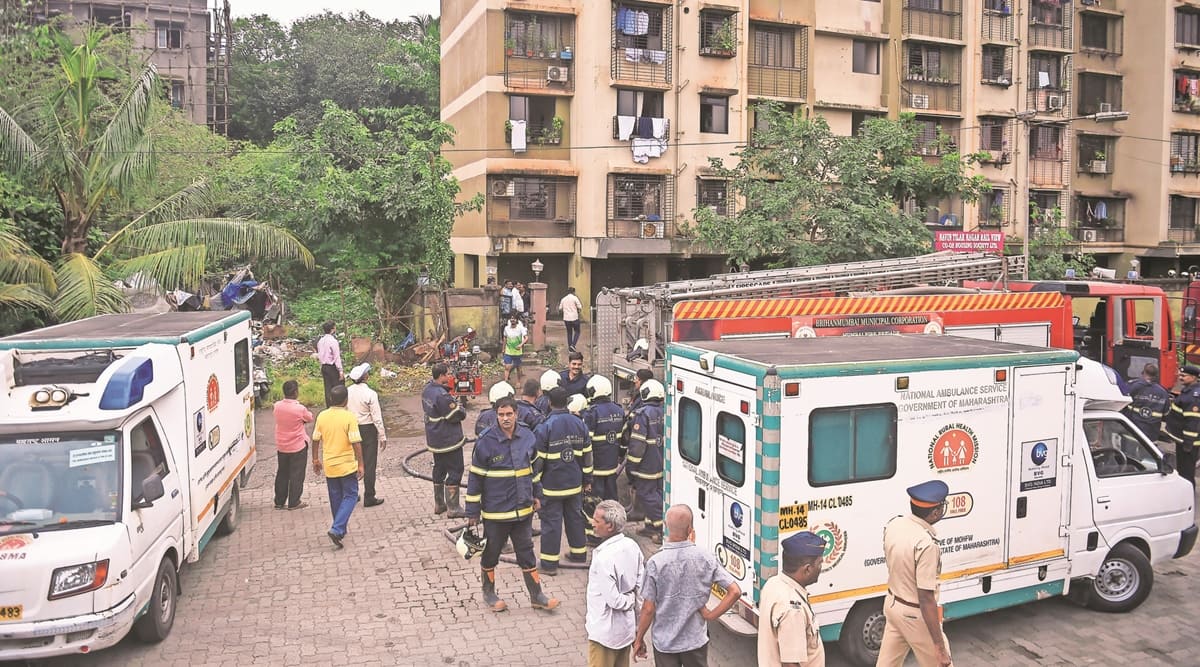 People evacuated after a fire in a residential building, six injured

Six people were injured after a level 2 fire broke out inside a 13-storey residential building in New Tilak Nagar, near Lokmanya Tilak terminus, on Saturday afternoon. Mumbai fire officials said the internal firefighting system installed inside the building, Rail view MIG Society, was not functional during the blaze.

Fire chief Hemant Parab said that although the fire was not very intense, the whole building was engulfed in smoke. “The fire may have originated from an open flue between the fifth and sixth floors. Our preliminary view suggests that someone could have thrown a hot object into the flue, but due to the wind the particles spread up at the terrace and the whole building went up in smoke. The intensity of the smoke was much thicker on the 12th and 13th floors of the building,” Parab said. The fire was brought under control by 5:00 p.m. and completely extinguished by 5:50 p.m. , said the firefighters.

The flames were confined to the open vent, as it was filled with trash, electrical cables and discarded materials, fire officials said. While a team of firefighters carried out firefighting operations, the second team rescued residents by going door-to-door.

Firefighters rescued 33 people, six of whom suffered minor injuries and were taken to hospital. The injured were identified as Archana Malvankar (34), Anjali Andhre (26), Neena Andhre (50), Rutuja Pohak (17), Kailash Andhre (54) and Sachin Andhre (50). According to Brihanmumbai Municipal Corporation officials, all six are currently in stable condition.

“As the building was filled with smoke, people rushed inside their apartments. They closed their doors and took refuge near the caissons and railing walls for ventilation. there was no loss of life. The internal fire-fighting system was not working, for which the firefighters will also send them a notice,” Parab said. He added that if the fire-fighting system had worked, the smoke would not have become so thick.

Meanwhile, residents who were rescued from the blaze said due to the smoke, visibility was poor.

“There was a burning smell in the hallway. When we opened the door, we discovered that the entire hallway on my floor was filled with smoke. We couldn’t see anything outside so we locked our doors and stayed inside…Later we heard there was a fire,” said Ajit Singh, one of the residents rescued by the firefighters.