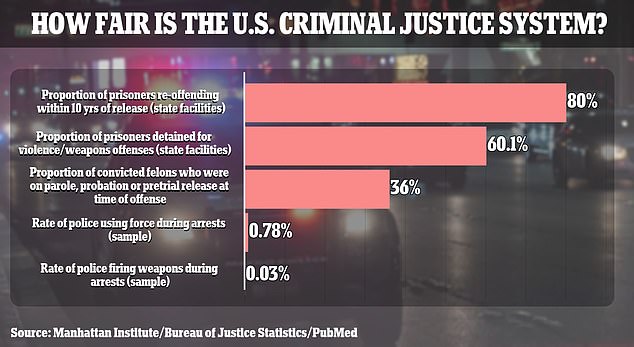 The police are being unfairly criticized because heavy and long prison sentences are reserved for hardened criminals, according to a new book which takes aim at liberal calls to empty prisons and defund the police.

Author Rafael Mangual says his study, Criminal (In)Justice, debunks “dominant narratives” that “black and brown men” suffer unduly at the hands of police and a criminal justice system that is stacked against them.

This runs counter to dozens of studies that have found black people suffer disproportionately from police stops, searches and deaths in custody. A recent opinion poll found that 89% of Americans want police reform.

Mangual, however, says he analyzed the numbers and found a “glaring incongruity between what the harshest critics of law enforcement were saying – about jailing and police use of force – and the reality”.

“A serious examination of the data on people who go to prison reveals that long prison sentences are reserved for chronic and violent offenders who have already been given several ‘second chances,'” Mangual said.

Crime researcher Rafael Mangual says police use force and firearms in arrests much less than is appreciated, and the justice system works well to lock up persistent and violent offenders 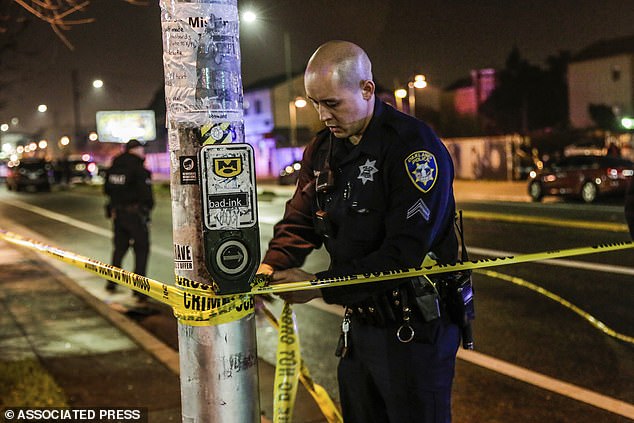 A police officer records a crime scene after a shooting in Oakland, California. Researcher Rafael Mangual says crime is ‘hyper-concentrated’ in run-down areas of cities that deserve police attention

The author, who grew up in Brooklyn and Long Island, says 60.1% of prisoners in state-run centers were behind bars for violent or weapons offenses – not low-level criminals or non-violent.

They are very often repeat offenders, he added. Some 36% of convicted violent felons were on parole, probation or temporary release at the time of their offences; and 80% of state prisoners commit new crimes within a decade of release. 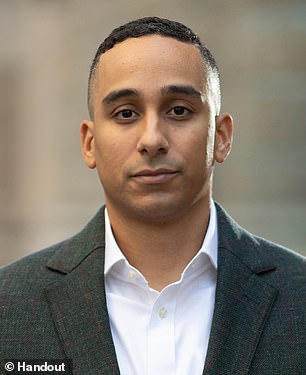 The crime, Mangual says, is “hyper-concentrated” in run-down parts of towns and cities that deserve police attention. In New York City, where rising crime rates are worrying residents, about half of the city’s violent crime is concentrated on just 4% of its streets, he says.

The author, a member of the right-wing Manhattan Institute think tank, said the examples of heavy-handed policing were overblown and that moves to cut funding or lift police immunity wouldn’t do much -thing to reduce the use of force.

He cites data from North Carolina, Louisiana and Arizona that found officers used force in just 0.78% of arrests. Further research from 2018 showed that police only fired weapons in 0.03% of arrests, he added.

Cotton said he opposed the “soft-on-crime policies” of the “jailbreak movement of the left”. Barr called it a “powerful case” against the abandonment of the law and order approach that helped end America’s crime wave in the early 1990s.

The book comes amid widespread criticism of cops using deadly force against unarmed black men, including George Floyd in Minneapolis in May 2020, which has fueled huge Black Lives Matter protests and calls for defunding security forces. police. 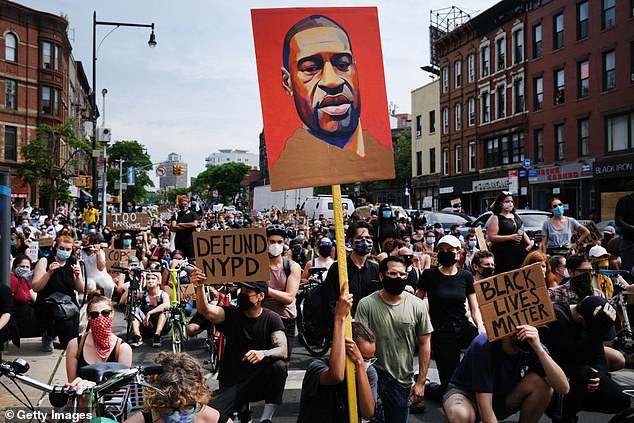 Two former Minneapolis police officers — J. Alexander Kueng and Tou Thao — were each sentenced to at least three years in prison on Wednesday, after being found guilty on federal charges of failing to intervene while Floyd was restrained.

Floyd’s death was a “tragedy and a murder”, Mangual told DailyMail.com.

Half of Americans polled by Gallup earlier this year called for “major changes” in policing, while a further 39% wanted minor changes. Only 11% said there was no need for change.

Yet there has also been a backlash against soft-on-crime policies as homicide and violent crime rates have risen during the Covid-19 pandemic, stoking fears that Los Angeles, New York and other cities do return to the crime-ridden 1990s.

Last month, voters in San Francisco ousted in a recall election a progressive district attorney who has been charged with a spike in gun violence and other crimes. Similarly, New Yorkers last year elected ex-cop Eric Adams, a tough-on-crime Democrat, as mayor. 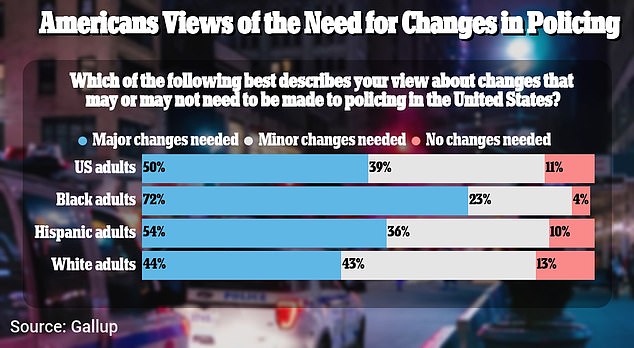 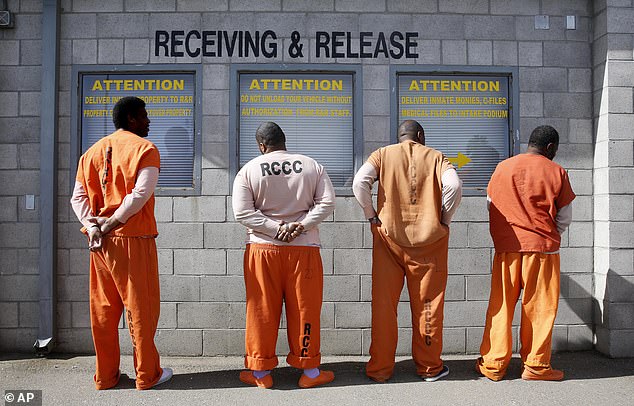 Sacramento County prisoners wait to be processed after arriving at the Deuel vocational facility in Tracy, California. Scholar Rafael Mangual says most prisoners are inside for serious crimes and many re-offend 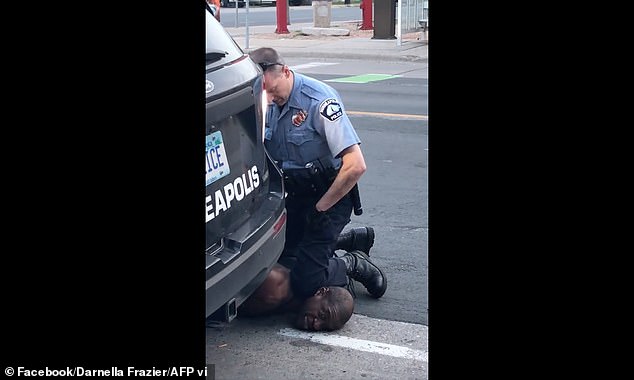 Fire Safety on the Minds of Barnegat Light Taxpayers

In “Fire of Love”, the story of a couple of scientists’ passion for volcanoes begins with their end