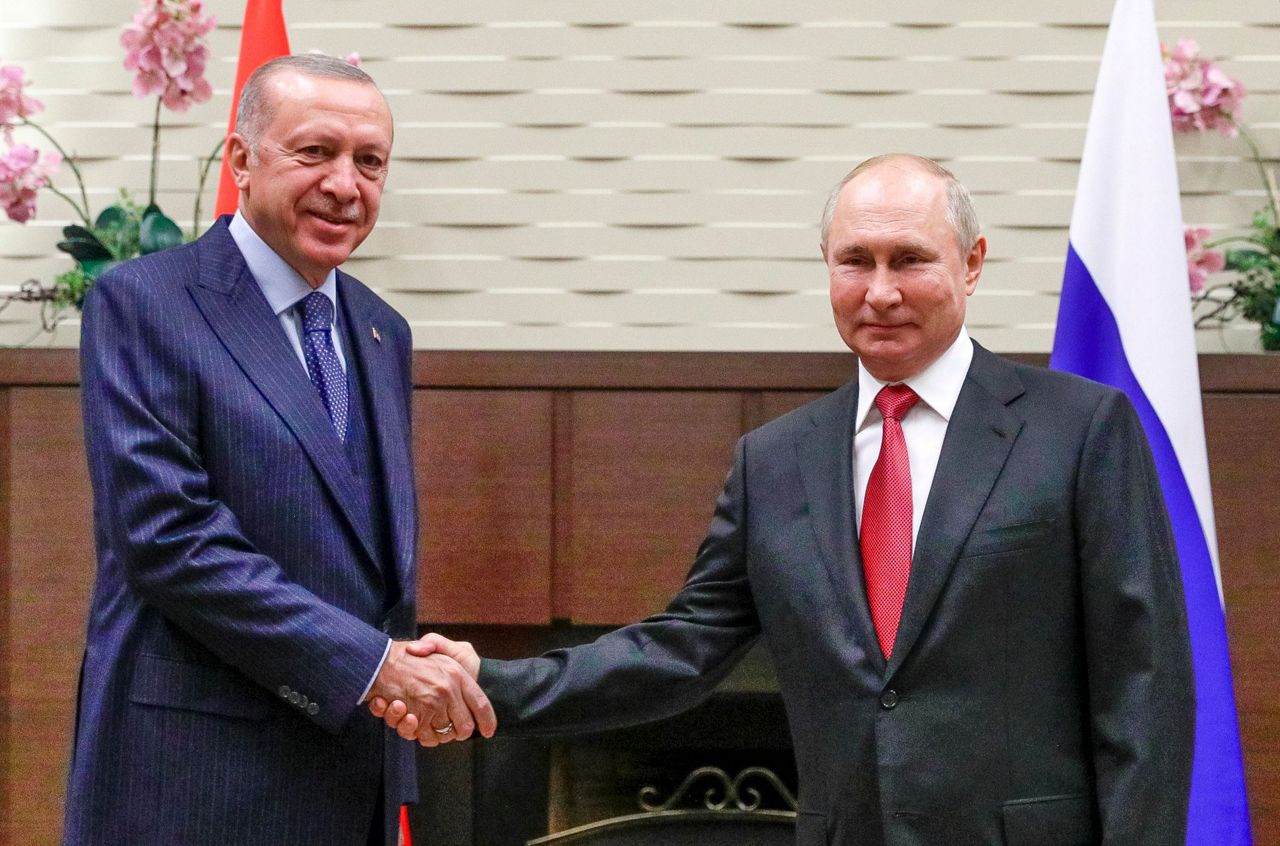 It was the first face-to-face meeting for Putin in over two weeks. On September 14, the Russian president went into self-isolation after a staff member worked in close contact with a contracted coronavirus. Kremlin spokesman Dmitry Peskov confirmed to reporters that Putin’s two-week self-isolation ended on Wednesday.

As the two leaders sat down for talks, Putin stressed that relations between the two countries “are developing positively.”

â€œThe negotiations are sometimes difficult, but with a positive end result. Our (government) bodies have learned to find compromises that are beneficial to both sides, â€Putin said.

Erdogan echoed this sentiment and said he believed “that there is a great advantage in continuing our Turkish-Russian relations by strengthening them every day”.

The two leaders are expected to focus largely on the situation in Syria when they meet in Sochi.

Russia is the Syrian government’s main ally while Turkey supports groups that have fought to overthrow Syrian President Bashar Assad. However, Russian and Turkish troops have cooperated in Idlib, the last stronghold of rebel forces, and in the search for a political solution in the war-torn country.

Erdogan told Putin on Wednesday that “the steps we take together regarding Syria are of great importance.”

“Peace (in Syria) depends on relations between Turkey and Russia,” noted the Turkish leader.

The talks between the two presidents come against a backdrop of increased airstrikes against the positions of Turkish-backed opposition fighters in northern Syria and in particular in Idlib province.

Turkey fears that an escalation of violence in northern Syria could lead to a further influx of refugees across its borders. Turkey is already hosting 3.7 million Syrian refugees. For its part, Russia accuses Turkey of not having taken measures to drive radical groups out of northern Syria.

Earlier this month, Putin met Assad in Moscow and criticized the presence of Turkish and American forces in northern Syria, calling their presence illegal and a blatant violation of international law. The Russian leader was referring to the hundreds of American soldiers stationed in eastern Syria and working with Kurdish-led fighters in the fight against the militant group Islamic State, as well as Turkish forces in northern Syria.

The war in Syria erupted in March 2011. It left hundreds of thousands of people dead and displaced half of the country’s pre-war population of 23 million people, including more than 5 million refugees outside of Syria. war-torn nation.

Tens of Thousands Without Power as Storms Roll Through Central North Carolina ::…