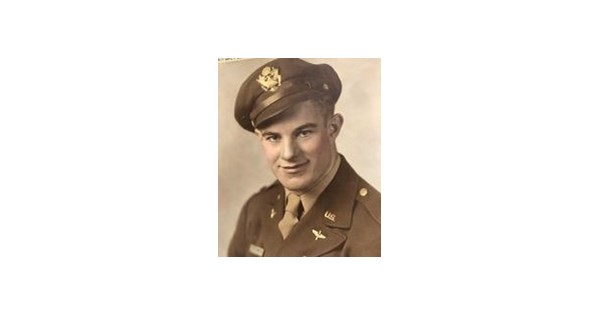 Richard T. “Dick” Ford, Sr.
October 11, 1922 – February 25, 2022
Keizer, Oregon – Richard T. “Dick” Ford, Sr. passed away quietly in his 99th year on Friday, February 25, 2022. Born October 11, 1922 in Madera, Calif., with his identical twin brother Robert, they grew up in Stockton and later their grandmother’s farm in Madera, California during the Great Depression.
After a brief stint out of high school as a reporter for the Madera Tribune, he joined his brother Bob as a firefighter for the California Division of Forestry (CDF). They then attended San Bernardino City College for one semester in 1941, but both left school when World War II broke out to enlist in the Navy aviation program. They were discharged weeks later when their childhood exposure to tuberculosis disqualified them from service, so they soon joined the Air Force, both becoming pilots.
Dick met his future wife Esther while working as a firefighter for CDF in Madera, and they married in 1944 shortly before he was sent to England. Although Dick trained on B-25s, he was assigned to fly C-47 cargo planes, bringing supplies to Patton’s army from England and twice dropping paratroopers in the Netherlands during Operation Market Garden. On its second combat mission, dropping Polish troops at Driel, their aircraft was badly damaged by ground fire and flak, injuring two crew members and forcing an emergency landing at Eindhoven. On the 75th anniversary of that day, he described it as the worst day of his life: he thought he was going to die and never see his daughter or wife again. It then dropped paratroopers into Germany under fire during Operation Varsity on the Rhine.
Upon his discharge from the Air Force, Dick returned to work at the CDF in Madera to build his life with his wife Essie and young daughter Suzanne. His son Richard Jr. arrived in 1949, completing the happy family. Dick remained in the Air Force Reserve and was called up for active duty at Castle Air Force Base in Merced, California during the Korean War. After his release from active duty in 1952, he rose through the ranks of the CDF with postings in Willits, King City, and finally Fresno, California, where he served as Regional Fire Prevention Officer and Investigator until his retirement in 1979. .
As a fire investigator, he developed fire investigation methodologies that allowed him to become a leading expert in the investigation of the origin of forest fires, able to follow the clues on the fires. origin of the fire and to find the physical evidence of the source of the fire. He wrote two manuals on the subject which have become a standard training regimen for CDF. Upon retirement, Dick worked part-time as an investigator for Equifax. After leaving that job several years later, he developed a private practice as a fire and arson investigator called Fire Scene Investigations. Her expertise was in high demand by law firms and insurance companies, and she helped settle many major lawsuits.
In 1990, Dick and Essie bought their dream home in Sunriver, Oregon, where he served for many years on the environmental committee. They loved to travel, especially enjoying cruises to Alaska, Hawaii, Tahiti and the Mediterranean where they made many friends, some for life. After Esther’s death in 2000, Dick continued to travel throughout Europe and New Zealand, often in the company of his brother Bob, who by then also lost his wife. Still the mischievous twins, the couple loved it when the young women asked for a photo with ‘The Boys’, where on the count of three they turned to give the surprised youngster a kiss on each cheek.
His health began to slowly decline in recent years, leading him to leave his beloved Sunriver home to live at Emerald Pointe in Keizer, Oregon, near his daughter Sue and son Rich. He is also survived by his granddaughters Becky Nagle of Bend, Oregon, Janna Reece of Cheshire, Oregon, his great-grandchildren Noah and Titus Nagle, Alex and Abi Reece, Elizabeth and Andrew Phillips, Jesse and Tyler Johnson, and his niece Michelle Johnson and nephew Tom Johnson. of San Diego and his niece Lisa Diefel of Bellingham, Washington.
Everyone who knew him will remember Dick as a kind, intelligent and loving man. He was laid to rest March 4 alongside his dear wife Essie at City View Cemetery in Salem. In lieu of flowers, donations may be made in her name either to the High Desert Museum in Bend, Oregon or to the World War II Museum in New Orleans.

To plant trees in memory, please visit the sympathy store.