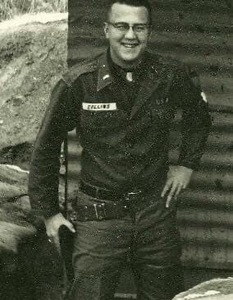 Robert Alton Collins, known to his friends and family as Bob, passed away at the age of 84 on the morning of October 6, 2021. Bob, eldest son of Alton B. Collins and Norma Kott Collins, is born in Fort Worth, Texas on February 12, 1937.
Bob attended and graduated from high school polytechnic where he was active in The Band and The Parrot Troupers. He attended Texas A&M University 1954-1955, spent 1956-1957 in golf at Arlington State College, then returned to Texas A&M University in 1956 to graduate in 1959 with a bachelor’s degree in business administration. – staff management. While at TAMU, Bob was a member of the Corp of Cadets and the Fighting ‘Texas Aggie Band (clarinet-playing artillery orchestra).
Bob was appointed Second Lieutenant in the US Army – Field Artillery in January 1960 and completed Basic Officer Training at Fort Sill, OK. He served in Korea as a fire officer for a 105th Howitzer Battery, then returned to Fort Sill as an artillery instructor, and then was posted to Goppingen, Germany. Bob received the Army Medal of Honor, the Meritorious Service Medal with Oak Leaf Group and the National Defense Service Medal. He left active service in 1967 to pursue graduate studies at Texas A&M University, but continued to serve his country in the United States Army Reserve in Dallas County.
Bob was hired at the Republic National Bank in 1968, where he met his future wife, Doris Ann Richards. They married on August 30, 1969, settled in Duncanville, Texas, and had two children, Chris and Tara. Bob retired from the bank after 31 years in 1998. He and Doris moved to Elkins Lake in Huntsville, TX to be closer to their children, so Bob could play golf every day. They were married 30 years before her death in 1999.
Bob moved to Cypress Woods Independent Living in Kingwood, TX in August 2018 to be closer to his daughter and family. He quickly charmed staff and residents with his sweet smile and personality and resided there until his death.
Bob is survived by his son, Christopher Flynn Collins, and his wife Sarah; daughter, Tara Lynn, and husband Bryan Skinner; Grandchildren, Krista Elizabeth Collins, Kyle Davis Collins, Wyatt Robert Skinner and William Flynn Skinner; Sister, Elissa Collins; and his brother, Brian Collins, and his wife Dotty.
Bob was a loyal, gentle, and kind friend to everyone. He was a hell of a golfer, an extreme fan of Aggie Football and the best Paw Paw (and biggest fan) of Krista, Kyle, Wyatt and William.
Bob is remembered as a devoted and loving brother, husband, father, grandfather and friend.
Funeral services will be held at Waller-Thornton Funeral Home – Huntsville, 672 FM 980, Huntsville, TX, 77320. www.wallerthorntonfh.com on Sunday November 7, 2021 at 2:00 p.m.