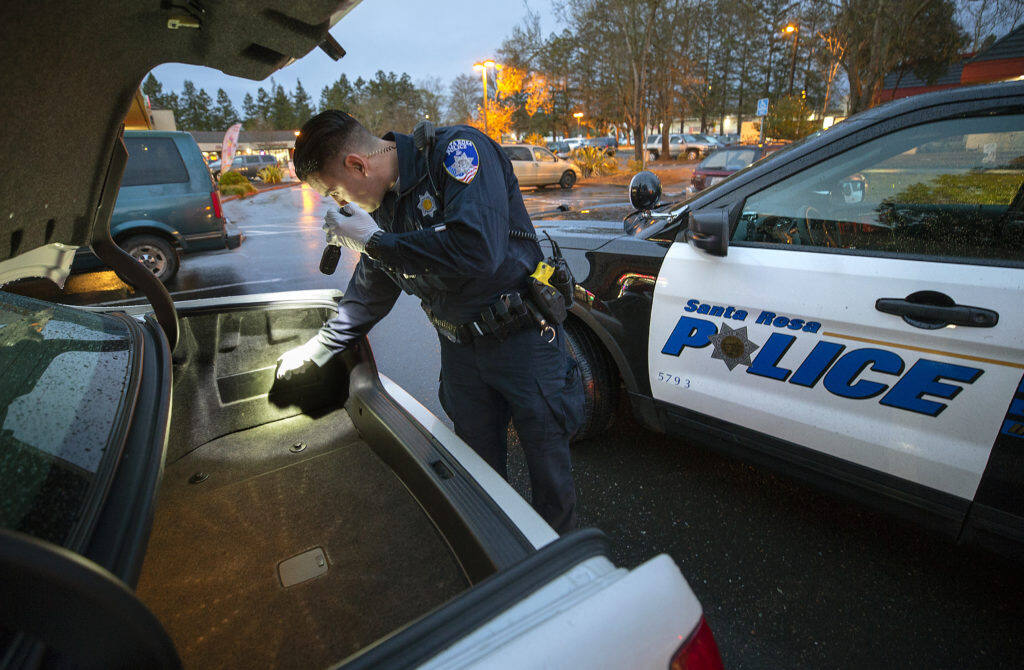 Santa Rosa voters could see a funding request in the November ballot to extend the city’s quarter-cent public safety sales tax, in place since 2005.

It could be one of many elements of a crowded municipal ballot, where voters will weigh who will take four of the council’s seven seats, potential changes to the city’s charter and a possible utility sales tax. county-wide child care, among other proposals.

The tax was approved by voters in 2004, when the city was experiencing an increase in violent crime. It generates about $10 million a year and funds more than two dozen public safety posts, accounting for up to 7% of the police and fire department budget.

Measure O is due to expire in March 2025 unless voters renew it.

The Santa Rosa City Council in July is expected to consider returning an extension to the November ballot. It remains to be seen how long the tax would be extended, how the revenue would be spent and whether to raise the tax to half a cent, although Mayor Chris Rogers said there is unlikely to be support. to raise the tax.

“Now is the time to keep investing,” Councilor Natalie Rogers said. “I don’t want to see what will happen if we take it out.”

City staff kicked off a three-month public outreach process on April 6 with a presentation to a city committee tasked with ensuring the tax is spent as intended.

The city plans to hold events at City Hall in each council district, with the first two scheduled for 6-7 p.m. April 14 at the Finley Community Center, 2060 W. College Ave., and April 19 at Santa Rosa High School, 1235 Mendocino Ave.

Santa Rosa officials plan to send out mailings, conduct online polls and poll voters to gauge whether residents would support a renewal and gather feedback on how the money should be used. Information will be provided in English and Spanish, and city staff hope to hold at least one information event entirely in Spanish.

If the levy is not renewed, police and firefighters could face cuts and youth and family services could be curtailed.

Council members say there is broad community support for the levy extension and some residents hope the extension presents an opportunity to rethink how the money is spent.

Vice Mayor Eddie Alvarez said the original intent was to fund community-focused programs, but the bulk of the money goes to police and fire departments. Residents he spoke to want to see this change, he said.

“The intention was good…but I believe we failed to invest,” he said.

The income generated by measure O is divided into three categories:

The tax raised $10.7 million last fiscal year, nearly $4.3 million each for police and fire departments and $2.1 million for violence prevention, according to city documents.

It generated $6.8 million in the first nine months of fiscal 2022, about $2.7 million for police and firefighters and $1.4 million for violence prevention, according to the city.

The Santa Rosa Police Department used the funding to establish a substation in the Santa Rosa Transit Mall and increase officer presence downtown.

The funding was used to build three fire stations, and the city set aside tax money to move two fire stations to Roseland and southeast Santa Rosa.

The department wants to add substations throughout the city, including one in Roseland that would be staffed with Spanish-speaking staff, he said.

Rogers said the city could use Measure O funding to fund a revamped school resource officer program and expand the city’s inRESPONSE mental health team, which responds to nonviolent mental health emergencies, to homelessness and drug addiction and currently operates 10 hours a day.

The Santa Rosa Fire Department would dedicate revenue to preventing and preparing for wildfires. The department will continue to use the money to build and relocate fire stations, staff positions and purchase equipment, Fire Chief Scott Westrope told the committee.