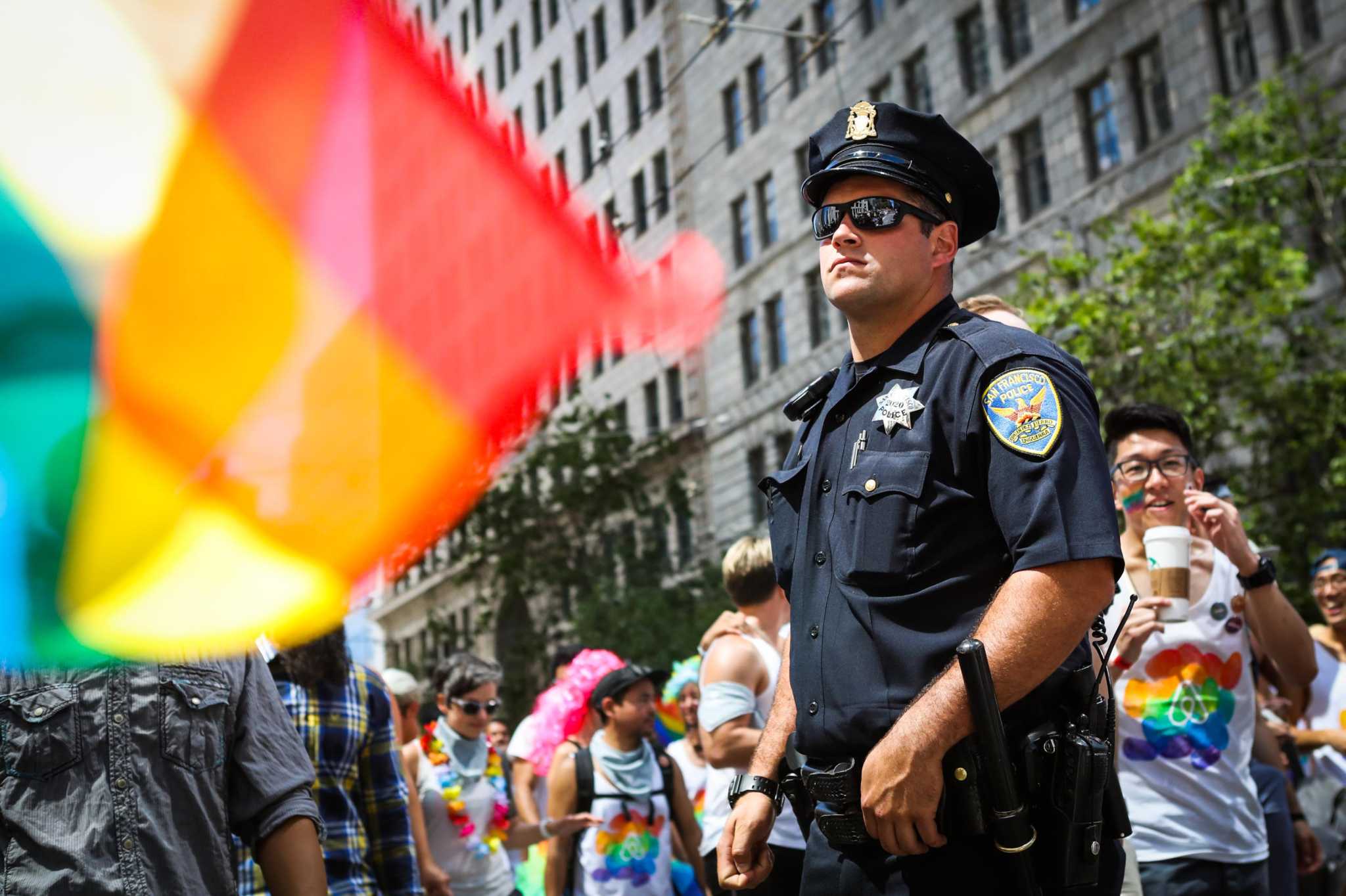 San Francisco police officers and Pride Parade officials have reached a compromise that will allow a small number of uniformed officers to march in uniform at the June 26 event, after an earlier ban.

The city’s three largest public safety departments – police, fire and sheriff’s departments – will all march together, and there will be three groups of officers dressed in different attire: command personnel will march in the parade in special uniforms and will have no weapons, according to Mayor London Breed’s office. There will be less than 10 other officers with uniforms and weapons to provide support to the command staff.

The larger group will not wear a uniform, but may instead wear other clothing such as polo shirts with branded department logos.

Breed, who announced the deal at a City Hall Pride flag raising, and supervisor Matt Dorsey will also participate in the parade, reversing a decision to sit in solidarity with police.

The deal was reached Thursday morning as representatives from the mayor’s office, SFPD Officers Pride Alliance and Pride gathered in Dorsey’s office to find a solution to a controversy that has captured national headlines and divided the communities.

“Even though we’ve been talking for two years, most of this conversation happened during COVID. We never got to sit face-to-face until last night,” Winters said Thursday. “When you sit face-to-face face to face, it’s a whole different dynamic.”

While “the bones of a middle ground” were still there, Dorsey said the event at Manny’s, along with Wednesday night’s lighting of the pink triangle on Twin Peaks, seemed to renew efforts.

“It was really a reminder last night that we haven’t had Pride since 2019 and how nice it was to be back,” he said. “I think it was part of the spirit. I think there was a real spirit of “Let’s go yes”.

The Pride Council previously banned law enforcement uniforms this year in a show of support for those who feel unsafe around the police.

“We didn’t ask anyone to hide or not reveal who they were,” Ford previously told The Chronicle. “We just didn’t want full uniforms, out of concern for harm reduction for marginalized members of our community.”

It was a no-start for LGBTQ law enforcement officers who said the request amounted to discrimination. The San Francisco Fire and Sheriff’s Departments also boycotted the event in solidarity with police but flip-flopped on Thursday after the agreement.