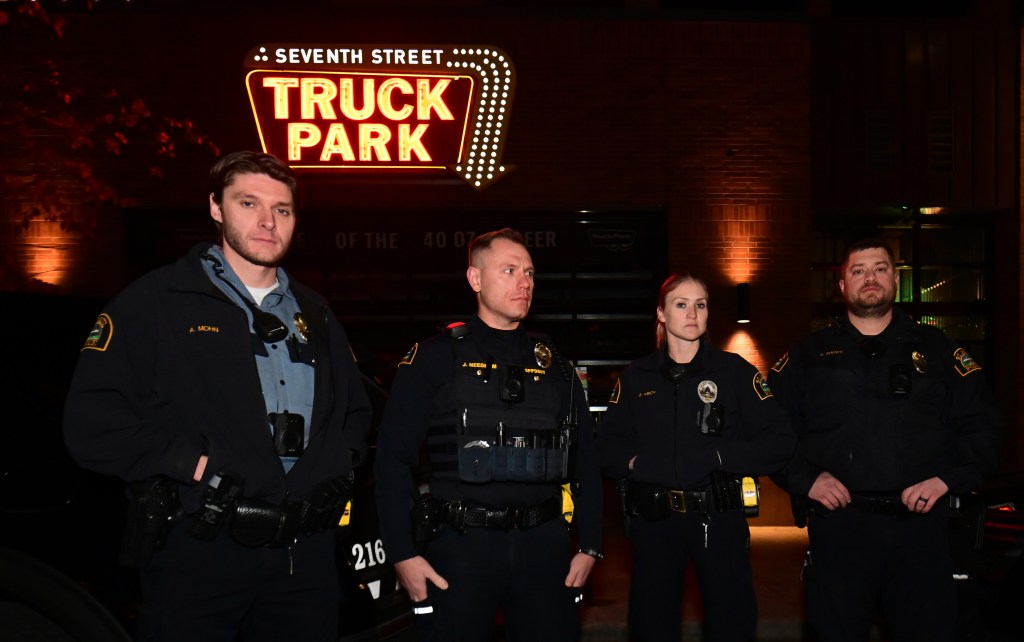 “Shots” drew cops to the St. Paul bar shootout. What they saw.

One of the first officers from St. Paul who arrived at the shooting at the Seventh Street Truck Park bar saw an injured person being dragged across the street for help. Pockets of people were outside caring for other wounded.

Officers at the scene were prepared for the possibility that someone was shooting again.

As the adrenaline rushed as they quickly searched for suspects and then helped the injured, officers realized this was anything but a trivial shootout. Wallets and cell phones were strewn after more than 200 people sought shelter and fled the shooting.

Officers encountered more and more injured people in the early morning hours of October 10 – it turned out there were 16 in all, one of whom died.

No one remembers a shooting with more casualties in modern history in Saint-Paul. There were 67 Saint-Paul patrol officers and 55 firefighters, who are paramedics and paramedics, who responded to the bar. But for the first moment, as frantic 911 calls poured in, a handful of officers were alone.

These are their stories, told publicly for the first time.

Early Sunday, October 10, Constables Alex Mohn and Richard Puente were patrolling West Seventh Street when they heard Public Safety Dispatcher Ryan Briles speaking on the police radio: “Shots were fired. Several callers. Warn that someone may have been hit. At least eight shots fired in the last two minutes. People are fighting. … We are currently receiving calls from someone shooting. It was around 12:15 a.m.

They were close enough to get to the Seventh Street Truck Park bar in under 30 seconds, Mohn said.

Receiving a call about gunshots or a shootout outside a bar is not unusual. “I think everyone was expecting a pretty average scene,” said Officer Josh Needham, who was next to stop.

“Maybe one or two people were shot,” said Officer Brianna Kisch, who arrived around the same time as Needham.

But when Needham saw the passers-by outside caring for the injured, he thought, “This is not normal.”

The intense spike in calls to the Ramsey County Emergency Communications Center revealed to 911 call takers and dispatchers the seriousness of what was happening.

There were 147 calls to the CEC between 12:15 and 1:15 a.m. no information was available on how many of them regarding the bar shootout, but many were reportedly, especially in the first 10 minutes, said Bryan Linn, shift supervisor.

They moved staff, including Linn and another supervisor, so they had 14 people to answer 911 calls. Dispatchers who manage different areas of St. Paul and the county also helped orient the officers. and paramedics where to go.

‘HELP ME HELP ME’

When Kisch arrived, a man carrying a woman on his shoulder – later identified as Marquisha Wiley, 27 – rushed over to the officer and begged, “Help me, help me, she’s been shot. “

“We couldn’t get him to let go,” Kisch said. After convincing her to get down to the ground with Wiley, the man continued to hug her, applying the necessary pressure to the injury.

Kisch discovered that Wiley had a weak pulse which disappeared after a few seconds. She tried to reassure people with Wiley that paramedics were on their way.

“The hardest part for me was knowing that there was nothing I could do,” Kisch said.

Paramedics took Wiley into an ambulance and pronounced her dead at 12:26 a.m. An autopsy showed Wiley had been shot in the back. The bullet pierced his lung and heart.

Police said Wiley and most of the others injured were innocent bystanders caught in the crossfire.

The reason for the shooting was a domestic violence argument, according to murder and attempted murder charges filed against Terry Lorenzo Brown Jr., 33, and Devondre Trevon Phillips, 29, who are in custody. They reportedly shot each other in the crowded food hall and bar on West Seventh Street near the Xcel Energy Center.

TREATMENT OF THE WOUNDED

The first thing Puente did when he pulled over was to quickly retrieve a department-issued rifle from the police car. He and Mohn, both St. Paul’s officers for four years, immediately listened to the sounds of gunfire. They checked the area in front of the bar for anyone holding a gun, not realizing at the time that the shooting had taken place inside the business.

“There have been so many casualties and so much chaos,” with people crying out for help, Needham said.

“I think everyone quickly settled down, ‘Is there somebody else shooting? No, so now you start the triage process, ”Needham said. He and other officers checked people over to assess how seriously injured they were, and then sometimes had to move on to see if there was another person who needed more urgent help.

Puente began to treat a man, looked around and saw that other people were injured and radioed four ambulances. In the end, eight ambulances were dispatched, some of them carrying two victims at a time, Deputy Fire Chief Ken Adams said.

Kisch said she appreciated the passers-by helping them. A woman held Needham’s flashlight, pointing the light at the injured man because the officer needed both hands to rescue.

People in the crowd also helped Puente. He wrapped a tourniquet around the leg of a man who was shot in an artery and used his own belt to control the bleeding from another gunshot wound to his arm. Needham and Mohn also applied tourniquets to injured people.

Ulicer Sanchez, a firefighter and paramedic from St. Paul, was not supposed to work that night, but responded to a request earlier in the evening to come so the department wouldn’t be short-staffed. He and his crew provided medical treatment to two people and transported them to hospital.

“There’s a lot of stuff going through your mind just before you step out of the (ambulance) platform,” he said. “There’s always a little chill in the back of my neck, thinking: is the shooter still there?” Will they then target first responders? This is why we work as a team.

While officers wear bulletproof vests, most St. Paul firefighters don’t – and that’s something Adams is working to change. Individuals and businesses contributed approximately $ 73,000 to the nonprofit Shield616 or the St. Paul Fire Foundation, which was enough to purchase 33 ballistic vests and helmets for the St. Paul firefighters who provided them. presented in June. Fundraising is underway as the authorized workforce in the department is 435.

All of St. Paul’s officers and firefighters, who also provide emergency medical care in the city, have been trained for an active shooter. No one needed to mention the training by name – they just put it in place, said Needham, who has nine years of law enforcement experience.

“Our training started, so it wasn’t a ‘Oh my God, what are we doing?’ Situation. It was, ‘This is what we have to do. This is our job, “Kisch said.” And everyone took a piece of this puzzle and did the job. “

Although this was the most casualties officers had seen in an incident, it was “controlled chaos,” Kisch said. They had the help of officers from St. Paul who responded from other patrol districts, as well as law enforcement from Maplewood, Metro Transit, Ramsey County and the Minnesota State Patrol.

“I am incredibly proud of the bravery, training, instinct and compassion shown by our officers in difficult and traumatic situations,” said St. Paul Police Chief Todd Axtell. “The unique part of being a police officer is that day after day you find yourself in situations where you have little information about what’s going on other than the fact that it’s chaotic and people need help. ‘aid. Our officers are constantly walking into the unknown and it is really wreaking havoc on them. “

Although first responders were put to the test by the situation, Mohn said they were thinking of the people who were shot and all of those who experienced the fear of it.

“We sympathize with all those who were caught there,” he said. “It was a terrible, terrible thing to go through.”

Kisch, a three-year-old officer, saw firsthand the pain of those who cared for Wiley.

“It was the pure, raw emotion” of the man wearing Wiley that “really touched me,” Kisch said.

Since the incident, the St. Paul Police and Fire Department and the Ramsey County 911 Center have contacted employees to see if they were okay. They have employee assistance programs and peer support systems in place.

Sanchez said it was important for him to speak with his team members and his wife, Kayla Sanchez, who is also a St. Paul firefighter and paramedic.

“It helps a lot to find out different ways to deal with this in the long term and just let it out instead of bottling it,” Sanchez said.

People who wish to contribute financially to a ballistic vest for a Saint Paul firefighter can do so at shield616.org/firefighter.