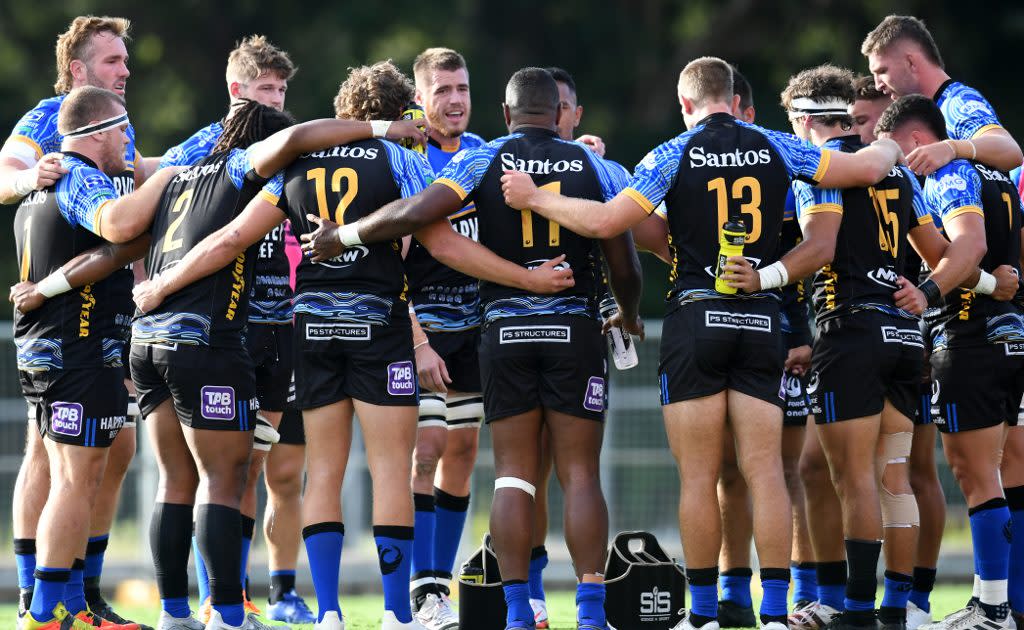 The Western Force have announced that they have appointed Simon Cron as their new head coach from the end of the 2022 Super Rugby Pacific season.

Cron has signed a two-year contract with the Perth-based side and takes over the coaching reins from Tim Sampson, who had served as head coach since 2018.

“Simon is one of the most talented young coaches in world rugby whose philosophy is to make better rugby players, both on and off the pitch,” said Andrew Forrest, owner of Western Force, via a Press release.

“It is his dedication to player values, welfare and growth, and his respected coaching ability, that we look forward to at The Force.

“Simon’s leadership and technical knowledge of the game will be welcomed by the player and the Force coaching staff as he builds up to be a true powerhouse in world rugby.

“A big thank you to Tim Sampson for his tremendous and tireless role in bringing The Force back to Super Rugby. He has been a true champion for the club. Nicola and I wish him all the best in the next chapter of his coaching career of rugby.

Cron is currently in charge of Toyota Verblitz in Japan’s Rugby League One competition where they are fifth in the 12-team tournament after 10 rounds.

New Zealander Cron, who is the nephew of former All Blacks scrum coach Mike Cron, has a previous involvement with the Waratahs where he was an assistant coach and also coached Australia’s Under-20 side.

“Andrew Forrest took time out of his extremely busy schedule to speak to me about his family’s love for the Western Force and how it is a key part of the Western Australian sporting community,” said- he declared.

“We had the opportunity to talk about what is important to each of us and it was clear that he lives by the values ​​he has installed in his companies.

“I see the Western Force as a club that has come through adversity and come through it thanks to a genuine love of rugby within the organization and its incredible supporters, the Sea of ​​Blue.

Sampson played a key role in the Force’s resurgence following their exit from Super Rugby at the end of the 2017 campaign and guided them to their first play-off appearance at last year’s Super Rugby AU tournament.

“Western Force’s success and resurgence in Super Rugby is a testament to the leadership and support of Andrew and Nicola Forrest, along with the other staff and players who have contributed in many ways since my arrival at the start of the 2018 season,” Sampson said. .

“My goal has not changed. We are determined to succeed and perform well for the rest of the season.