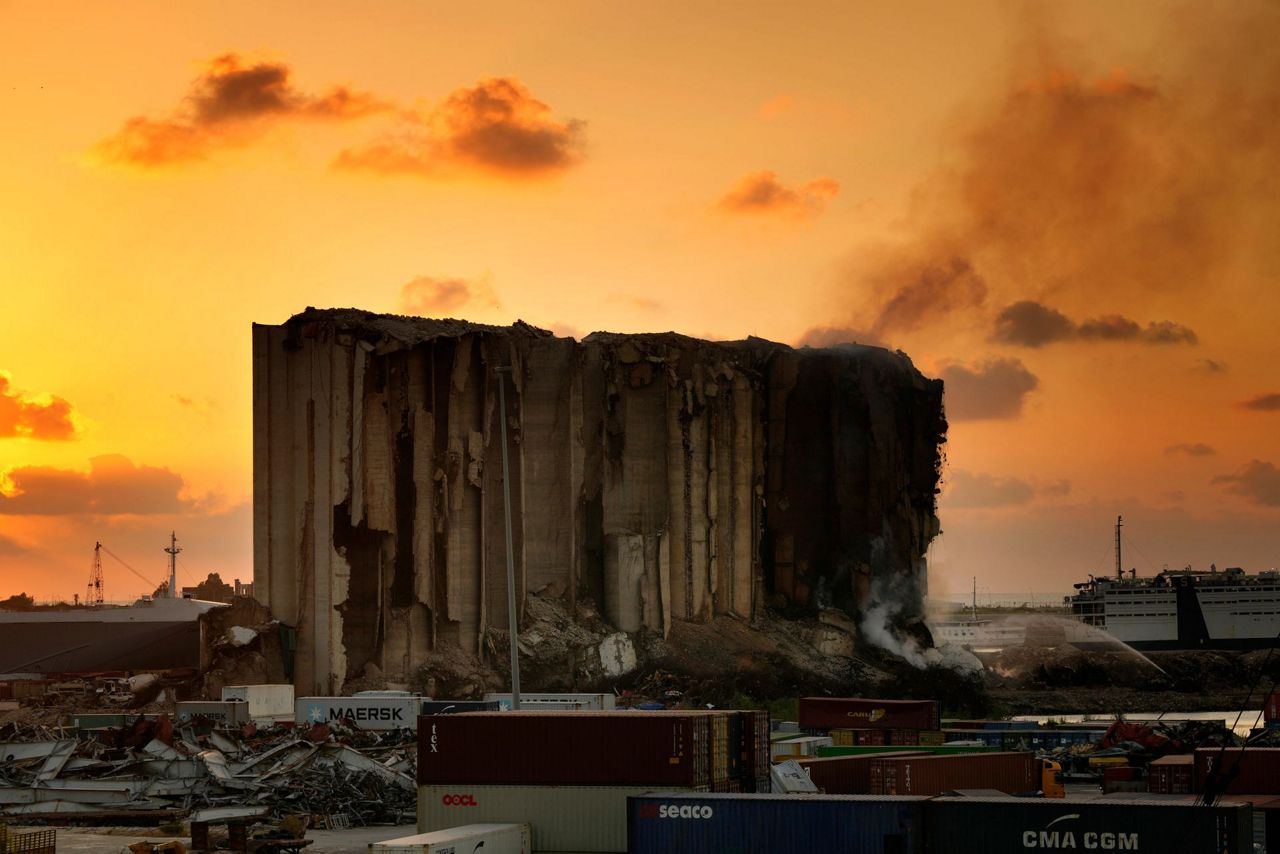 Smoldering Beirut port silo at risk of collapse amid fire

BEIRUT (AP) — Lebanon’s prime minister warned on Friday that the ruin of a huge grain silo is at risk of collapsing due to an ongoing fire that is spreading amid the summer heat at the port of Beirut where a Devastating explosion two years ago tore through the Mediterranean city.

A fire in the structure has been smoldering for two weeks due to the fermentation of 800 tonnes of grain inside during hot weather. The government said the blaze spread after flames reached nearby power cables.

The fire and the dramatic sight of the smoldering, partially blackened silo brings back memories and, in some cases, trauma for survivors of the gigantic explosion that tore through the port two years ago. Experts say part of the structure is leaning and in danger of tipping over.

Prime Minister Najib Mikati, who oversees a caretaker government, ordered firefighters and civil defense volunteers to stand down on Friday for their safety. Civil Defense volunteer Youssef Mallah told The Associated Press that they were still at the port, but had been ordered to stay away from the silo.

The August 2020 explosion was caused by hundreds of tons of ammonium nitrate, a highly explosive material used in fertilizers, which had been improperly stored for years in the port warehouse.

The tall structure withstood the force, effectively protecting the western part of Beirut from the blast that killed more than 200 people, injured more than 6,000 and badly damaged entire neighborhoods.

Another minister warned last week that the situation at the port was “delicate and complicated”, and warned of a collapse.

Emmanuel Durand, a French civil engineer who volunteered for the government-mandated team of experts, said the north block of the silo was “on the way to catastrophic failure” and a collapse was inevitable at this point. He told the AP that the grain fire cannot be extinguished by water, which actually fuels the fermentation process and can cause the silo to tip over more quickly.

Durand, who is based in Switzerland, has been monitoring the silo for two years via sensors and sending warnings to the government. The silo which tilted at no more than 0.5 millimeters per day two weeks ago is now moving at the “cruising speed” of 2 millimeters per hour, he said.

Earlier this year, the Lebanese government decided to demolish the silo, but was forced to suspend the decision following protests from the families of the victims and survivors of the explosion, who have yet to see justice served. They argue that the silo may contain evidence useful for a forensic investigation. Some also say the silo should serve as a memorial for the tragic incident.

The forensic investigation revealed that various government officials were aware of the hazardous substance which had been stored at the port for years, but took no meaningful action to remove or dispose of it. No one responsible has yet been convicted.