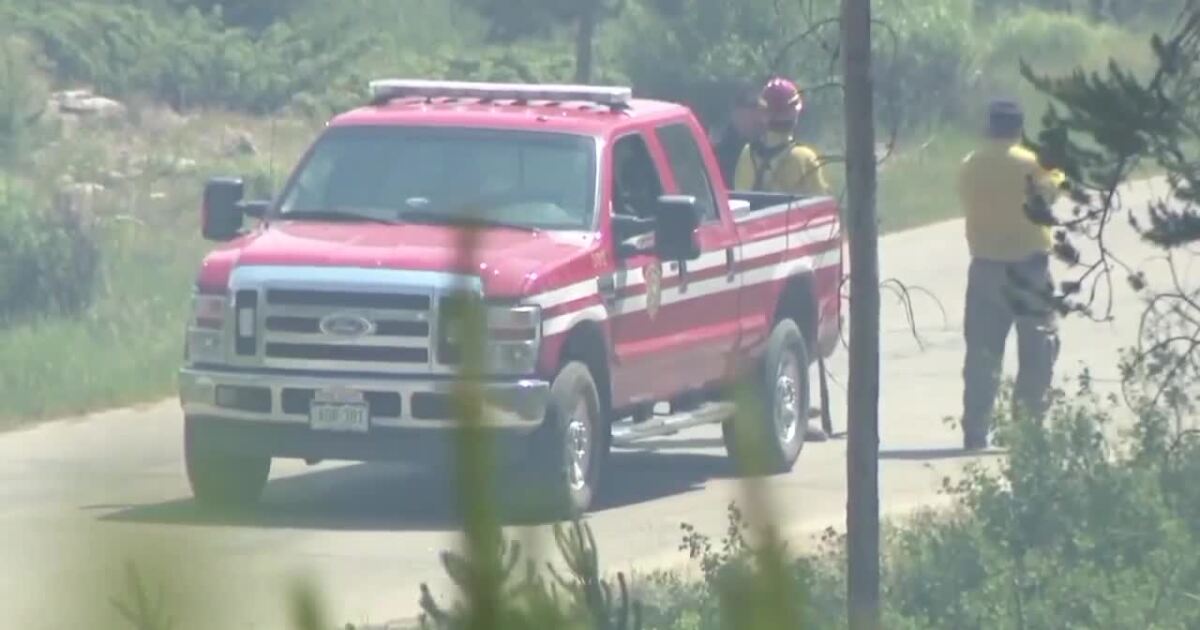 DENVER — It’s a sad reality of the times: Colorado’s wildfires are getting worse and the season is lasting longer. This year should follow this trend with an accumulation of heavy fuel oils, an upcoming dry season and not enough humidity.

Skip Shirlaw of the Inter-Canyon Fire Protection District fears that 2022 will look a lot like 2012, where several severe wildfires like the Waldo Canyon Fire and the Lower North Fork Fire burned through the state, destroying thousands of acres and many properties.

Beyond the challenges of the wildfires themselves, many agencies need more volunteers. More than half of the state’s 375 fire departments rely partially or entirely on volunteers.

Colorado, like many other states across the country, is experiencing a decline in volunteer numbers.

Most incoming calls aren’t about fires, but other medical emergencies and volunteering require a lot of commitment. it requires dozens of hours of training, out-of-pocket expense for equipment, and sacrifice of personal time since volunteers must be regularly on call to respond to various emergencies.

“People lead very busy lives, adding 10 to 12 extra hours a week, volunteering for the fire department is a lot to ask,” says Shirlaw.

Colorado lawmakers are trying to help ease some of the burdens of these voluntary agencies in the form of two bills.

Senate Bill 22-002 allows fire departments to be compensated by the state for wildfires that have exceeded the department’s ability to extinguish or control, and the mutual aid period is over.

The money would be used to compensate volunteer firefighters for helping with suppression efforts.

“People don’t think about it much, but we’ve had fires in the state where we’ve lost firefighters, and there are real behavioral health issues there,” said Rep. Perry Will, R. -New Castle, one of Bill’s bipartisan co-sponsors.

Perry sits on a wildfire committee at the Capitol and says the legislature is fully aware of the wildfire threats facing the state and is doing what it can to help. He considers the state’s package of wildfire bills among the top priorities of the legislature.

“Obviously the needs far outweigh what we can provide, of course, but we’re doing the best we can,” he said.

Garry Briese of Colorado State Fire Chiefs is extremely enthusiastic about both bills, saying there are elements that will help recruit and retain badly needed volunteers. .

Funding for training is also important to make volunteers aware of how to deal with fires but also how to protect themselves.

He is also particularly excited about funding the equipment, saying this will be the first time the state has made significant investments in health safety equipment for all firefighters, including volunteers.

Still, Briese points out that money won’t solve everything and there are still plenty of challenges ahead.

Shirlaw, meanwhile, agrees that state funding and support and his set of wildfire bills are nice, but if there are no people to operate the equipment or mitigate or fight fires, all the equipment in the world won’t matter.

He appreciates any help he can get from volunteers, and he hopes the state will consider even more ways to encourage people to volunteer.

“Our most important resource is people. We need incentives for people to want to volunteer,” Shirlaw said. “Some states have given tax incentives to volunteers. This is something that would be a potential benefit that some of them might consider.

Editor’s note: Denver7 360 | In Depth explores several aspects of the topics that matter most to Coloradans, bringing different perspectives so you can make up your own mind about the issues. To comment on this story or other 360 In-Depth stories, email us at [email protected] or use this form. See more 360 ​​| In-depth stories here.