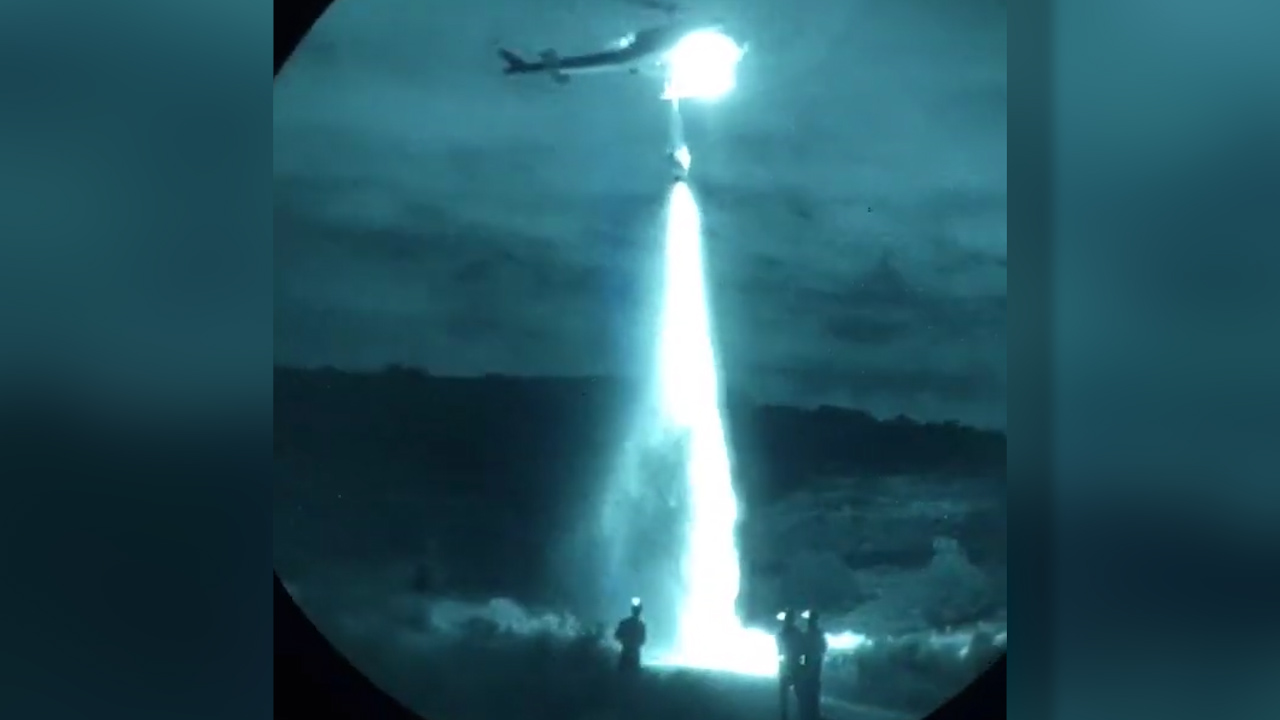 State to use night-vision helicopters to fight wildfires

LONGMONT, Colo. (KDVR) – With a fire season already underway, Colorado firefighters are preparing to add another item to their toolbox: helicopters equipped with night vision.

Vince Welbaum is the chief of the state’s aviation unit and confirmed those details Tuesday. Welbaum said two state-owned helicopters are now equipped with night vision goggles — a technology known as NVG — and the state’s new FireHawk helicopter arriving later this year will also be equipped.

“We’ve been training to fly at night with our only helicopter for the past three years, and now we’ve got them both configured with NVG,” Welbaum said. “We hope we can move forward with that on the helicopter side this year.”

It comes less than a year after a tanker pilot was killed fighting a forest fire at night outside Estes Park. This company, CO Fire Aviation, was on a one-of-a-kind mission to fight nighttime fires in Colorado with a fixed-wing aircraft.

Those operations have since been halted across the state.

“We’re not going down that road, with the fixed wing, for now,” Welbuam said.

Welbaum said helicopters offer more control, but he stressed they will only be used when safe conditions exist.

“If it’s just out there in a forest that’s just going to burn trees, there’s no need to add that extra risk to fly at night,” he said.

The Colorado Department of Fire Prevention and Control said nighttime operations will only take place in certain situations where homes are threatened or people are at risk.

Officials say they used night vision firefighting with a helicopter on a fire in 2021 and had success.

“It’s really a unique situation for night flying,” Welbaum said. “It has to be in the right conditions.”