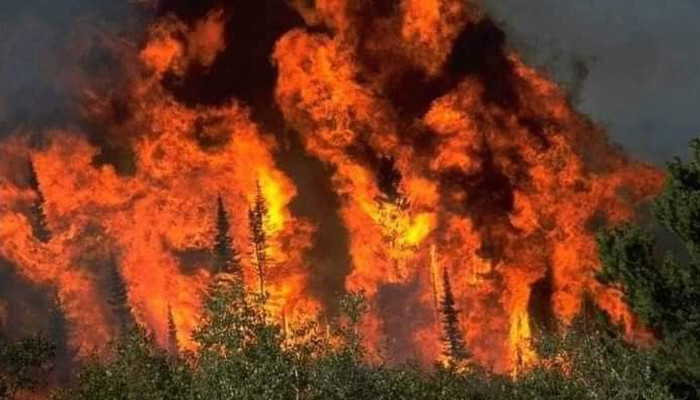 KARACHI: Forming a task force, setting up a control room and imposing an emergency in Zhob are some of the key steps taken by the government to extinguish a devastating fire in the forests pine trees from the Sherani region of Balochistan, following orders from the Prime Minister to speed up efforts.

According to the report, a team consisting of federal and provincial departments has been formed. A control room has been set up by the Forestry and Wildlife Department to monitor the situation. In addition, an emergency has been imposed by Commissioner Zhob in the area. The Chief Secretary of Balochistan, Secretary of Forests, DG PDMA also visited the affected area to oversee the ongoing operation. The Prime Minister’s Special Representative, Maulana Abdul Wasey, also chaired a meeting in Zhob, which was attended by the Chief Minister, federal and provincial authorities and the commander of the 12th Corps.

Under the leadership of the prime minister, in Sherani district, a task force under the Balochistan Forestry and Wildlife Secretary has also been formed. Earlier, the KP government declared a state of emergency after the fire broke out in the forest region of Koh-e-Sulaiman.

Dr. Stone and 9 other long-running manga ending in 2022