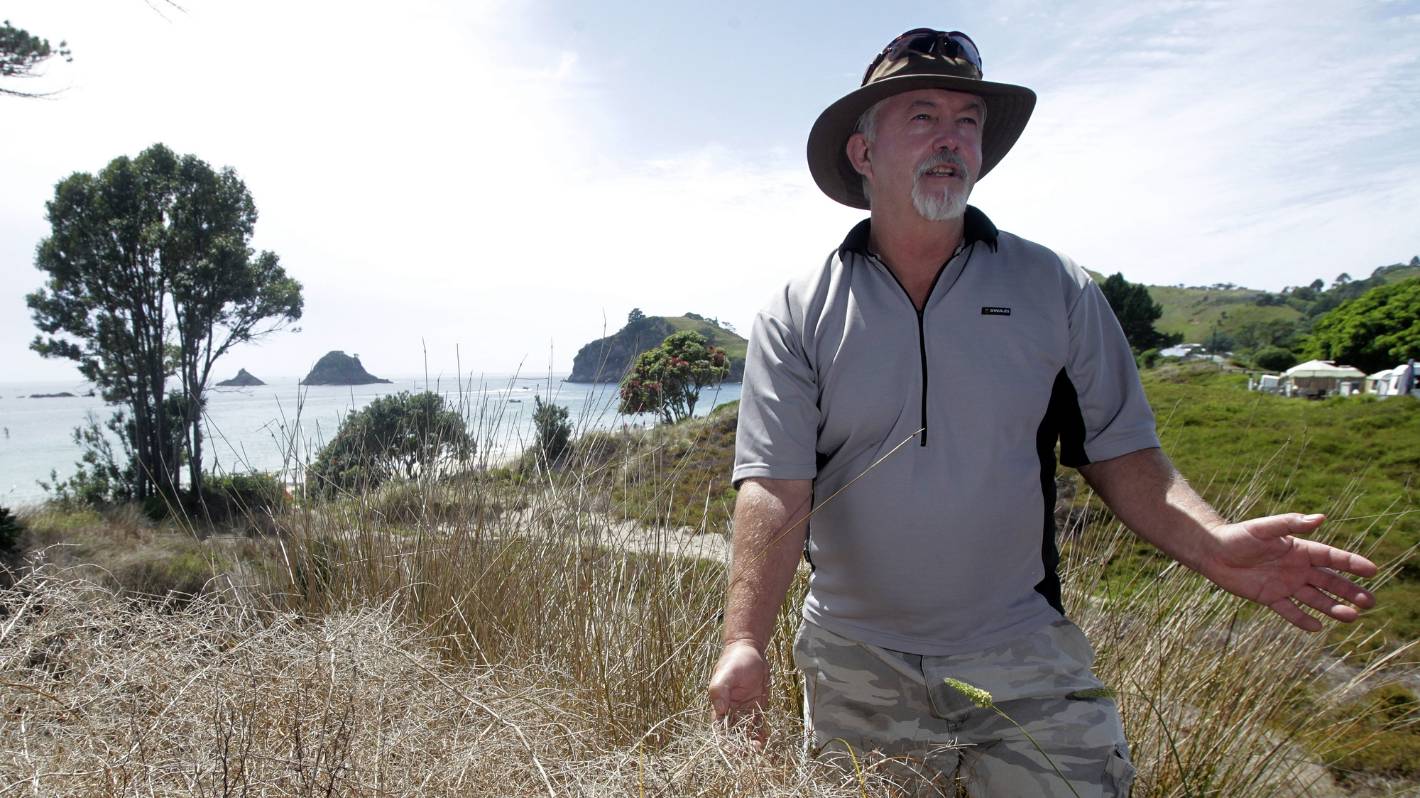 Ian Carter has been a member of the Hahei Volunteer Fire Brigade since its inception in 1974.

Helping others is Ian Carter’s addiction.

The Coromandel man has dedicated over 40 years of his life to battling raging fires and pulling people out of rough seas in some of Coromandel’s most remote areas.

Now his commitments to the community and Fire and Emergency New Zealand have been recognized with a Queen’s Service Medal.

But if you ask him if he deserves it, he’ll tell you he was just doing his job.

“There are a lot of community volunteers doing great work, so I’m surprised I was noticed,” Carter said.

Carter has been a member of the Hahei Volunteer Fire Brigade since its inception in 1974.

He served as the brigade’s officer in charge from 1976 to 1982, and in 1996 Hahei became a stand-alone volunteer fire brigade and Carter became the first fire chief.

He qualified as a lifeguard as a teenager, becoming a member of the Hot Water Beach Lifeguard Service in the early 1990s, where he remained active as a mentor and committee member.

“Looking back, it was a hell of a commitment, but at the time I was just thinking about things that needed to be done and I did them.”

However, one of the highlights of his career was the creation of the Peer Support Group for the emergency services, a group of volunteers who donate their time to help their colleagues.

“I had lost a friend by suicide, and unfortunately I had to go find him as part of the fire department.”

At the time, he said no one wanted to talk about it and there was a kind of “get tough or get out” attitude in the brigade.

“I thought there had to be a better way.”

“The powers that be weren’t really interested, but we saw a need.”

He discovered that a support group was being developed in Tauranga at the time.

By registering as a volunteer, he traveled once a week to support his colleagues after horrible incidents.

At first, he said, it was difficult to get a “group of guys” to open up, but he’s glad things are looking up now.

It wasn’t the only time Carter stood up to authority.

He also lobbied the council for better local fire protection, which led to the acquisition of second-hand fire equipment and the establishment of the Hahei Brigade.

“She [Hahei] was quite isolated at first.

“Yet all we had was a very old trailer, an old English fire engine and four canvas hoses, two galvanized loops and a brass branch and a second-hand siren that plugged into the wall of the local garage.

He said they learned that the fastest way to get new gear was to trade items with others.

“We would take seafood, lamb and wild pork all the way to Auckland and trade them for bits of uniform and gear.

“Later we found out it was stuff they were going to throw in the dumpster, but to us it was flash.”