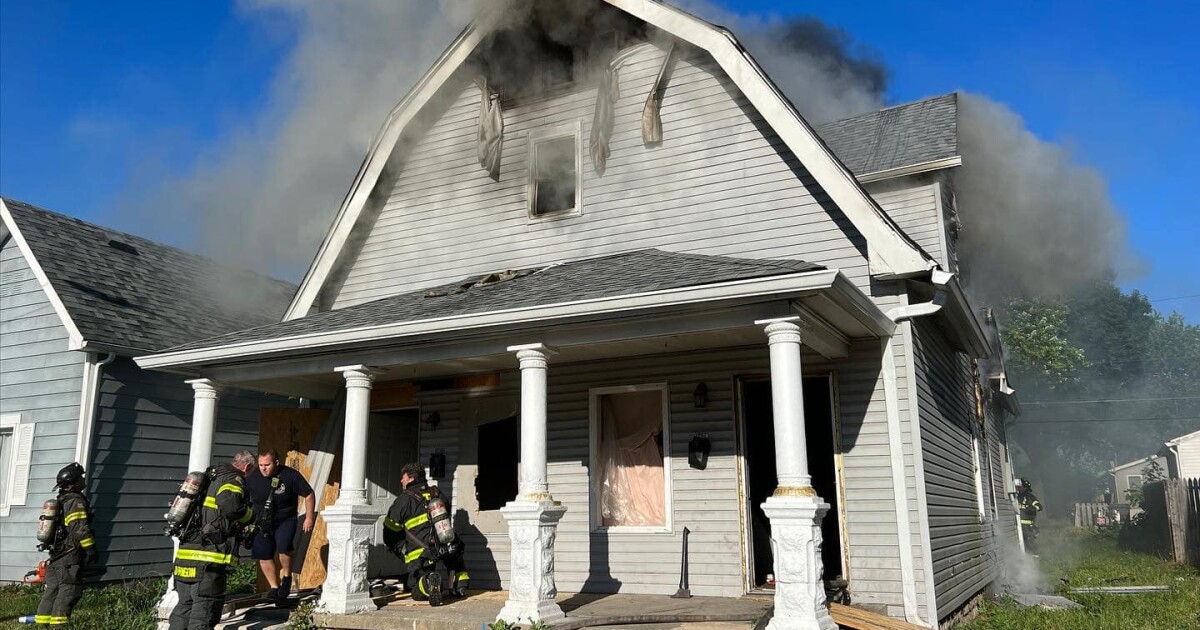 Firefighters responded to the vacant building at the corner of E Minnesota Street and Draper Street around 8:30 a.m.

The IFD says the firefighters suffered minor injuries after a ceiling collapsed on top of them inside the house.

Neighbors said IFD squatters may be responsible for the fire.

Earlier Sunday, firefighters fought a fully involved residence fire in the 40 block of North Bradley around 2am. The other two houses on either side were also damaged. Of the three, two were vacant and one was unoccupied, the IFD said.

Neighbors reported to fire investigators that squatters regularly entered the property. No one was injured in this fire.

02:07 – On arrival, #IFD The FF found a fully involved residence at 48 N Bradley with fire communicating with the two houses on either side. The 3 houses were unoccupied. Neighbors reported to fire investigators that squatters frequented the vacant structure. No injuries. pic.twitter.com/R8fa9gVCTT

The weekend fires added to a busy week for IFD. On Monday alone, July 4, the department responded to 904 calls.

According to Rita Reith, public information officer for the IFD, the department typically takes 300 to 400 calls a day and 500 calls is considered a busy day.

12 Strategy Games To Play If You Like Fire Emblem