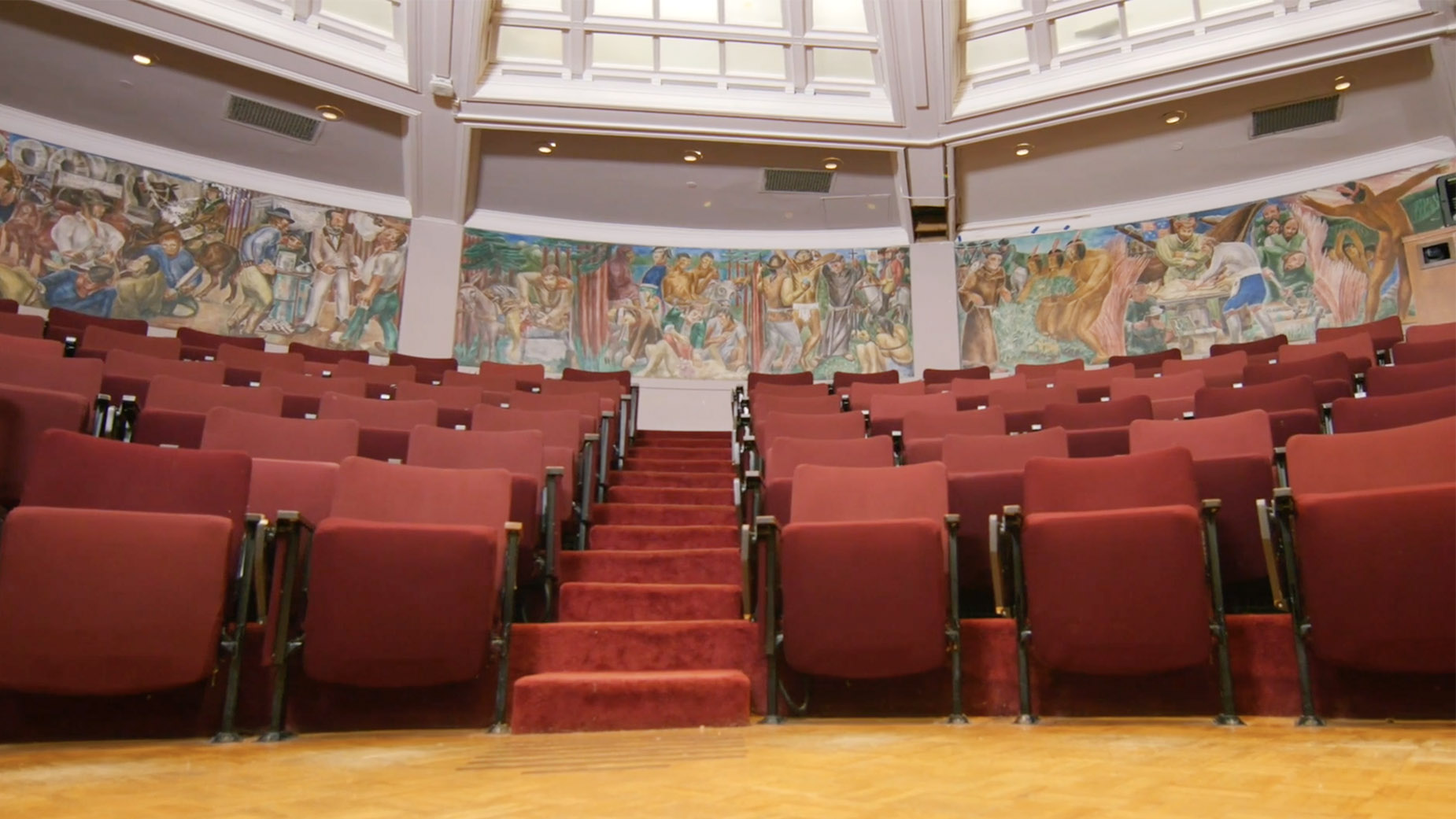 A UC San Francisco task force has been formed to recommend a permanent, publicly accessible site for New Deal-era murals that will be carefully removed from a seismically vulnerable building on its Parnassus Heights campus.

The murals, titled “The History of Medicine in California,” are a series of 10 panels painted in fresco style by Polish-born artist Bernard Zakheim in the late 1930s. After issuing a request for proposals From historical preservation experts, the University selected ARG Conservation Services for the delicate task of removing the aging murals, which were painted directly on the walls of the Toland Hall auditorium, in the 104-year-old UC Hall building. years. The murals will be removed as the building does not meet today’s seismic safety codes and must be demolished, to be replaced by a state-of-the-art research and university building, one of the first projects of revitalization of its century-old Parnassus. Heights campus.

The task force, which was appointed by UCSF Chancellor Sam Hawgood, will consider locations on and off the UCSF campus that can accommodate public viewing of the murals.

By selecting the members of the working group, UCSF took the additional step of inviting a party beyond the University. An invitation was issued and accepted by the San Francisco Historic Preservation Commission, as noted in the Parnassus Heights Project Environmental Impact Report released in January 2021. (See section 4.4-20 titled: CPHP Mitigation Measure CUL – 1e : Display of Zakheim murals)

The working group will seek comments from key stakeholders who have been involved in the ongoing discussions about the murals, including members of the Zakheim family and descendants of Biddy Mason. Depicted on the murals as a medical authority, Mason was a former slave woman who became a pioneering midwife, entrepreneur, and philanthropist in Los Angeles.

Other groups that will be consulted in the mural relocation plans include:

The challenges of removing aging murals

The large, mostly curved murals are fragile and in some cases have suffered previous water damage, making it difficult to remove aging murals. The UCSF selected ARG Conservation Services, a company specializing in historic preservation, to do the delicate work of safely removing them. The prestigious team includes experts in the preservation of historic works of art, conservation architecture and the secure transport of historical and fine works of art.

The removal process began with a thorough assessment of the condition of the murals. All panels were evaluated for structural weaknesses, including efflorescence, cracks and loss of plaster, to determine where stabilization treatments would be needed and which solvents would be appropriate to use to treat wall finishes.

Prior to implementing any treatment on the murals, the plans were confirmed via infrared analysis, mock-up treatments, and peer review by an AIC-accredited painting conservator. Wall treatments are underway, and construction work to clear the way for the removal of the panels will begin in July 2021.

Prior to moving the murals, the University partnered with CyArk, a non-profit company dedicated to preserving and sharing the world’s most important cultural heritage, to create high-resolution three-dimensional images of the murals in their original setting at Toland Hall.

Once removed from Toland Hall, the murals will be padded, crated and transported to a temperature-controlled storage facility dedicated to housing the fine art. The storage facility is monitored 24 hours a day and protected by a fire alarm and security system.

Forest fire near Osoyoos, B.C. continues to force evacuation of residents and…

PG&E: Equipment may have caused Dixie Fire in California