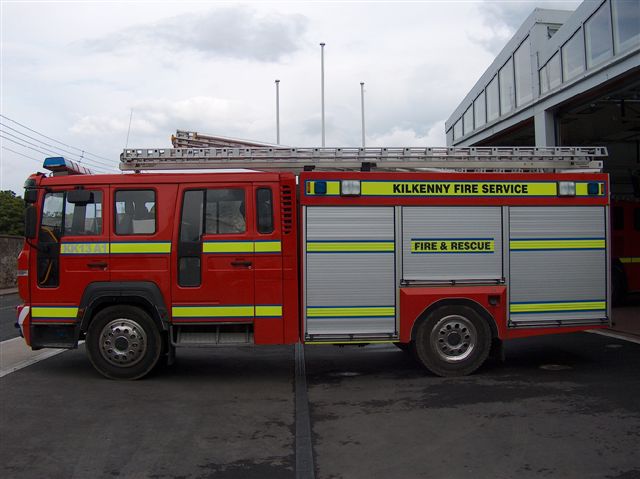 The mission that Kilkenny Fire Services had set for themselves has come to an end as they have delivered firefighting equipment to Ukraine.

Three jeeps, a fire truck and other equipment such as generators, lights, hydraulic rescue gear and lifting gear were among the equipment delivered to Ukraine’s state emergency service on Friday.

The convoy of vehicles was delivered by firefighters from the Kilkenny Fire Service who volunteered their time.

Kilkenny Fire Deputy Chief Frank Dunne was part of the convoy which set off last Tuesday.

He told KCLR News “We had three jeeps from Kilkenny that ended their useful life with us and were still fully functional, fully serviceable, and we filled them ourselves with material, so we had the fire truck and the three jeeps going there -down. The Ukrainians picked up the fire truck at 4 a.m. Friday morning. The jeeps were going to Ukraine on Friday afternoon, so they are already there. We had organized a pickup with the Ukrainians, but the Russians had hacked the humanitarian exit visa system that Ukrainians use, so that really interfered with our humanitarian efforts, so there was a delay in getting the Ukrainians through. They just couldn’t get out of the country.