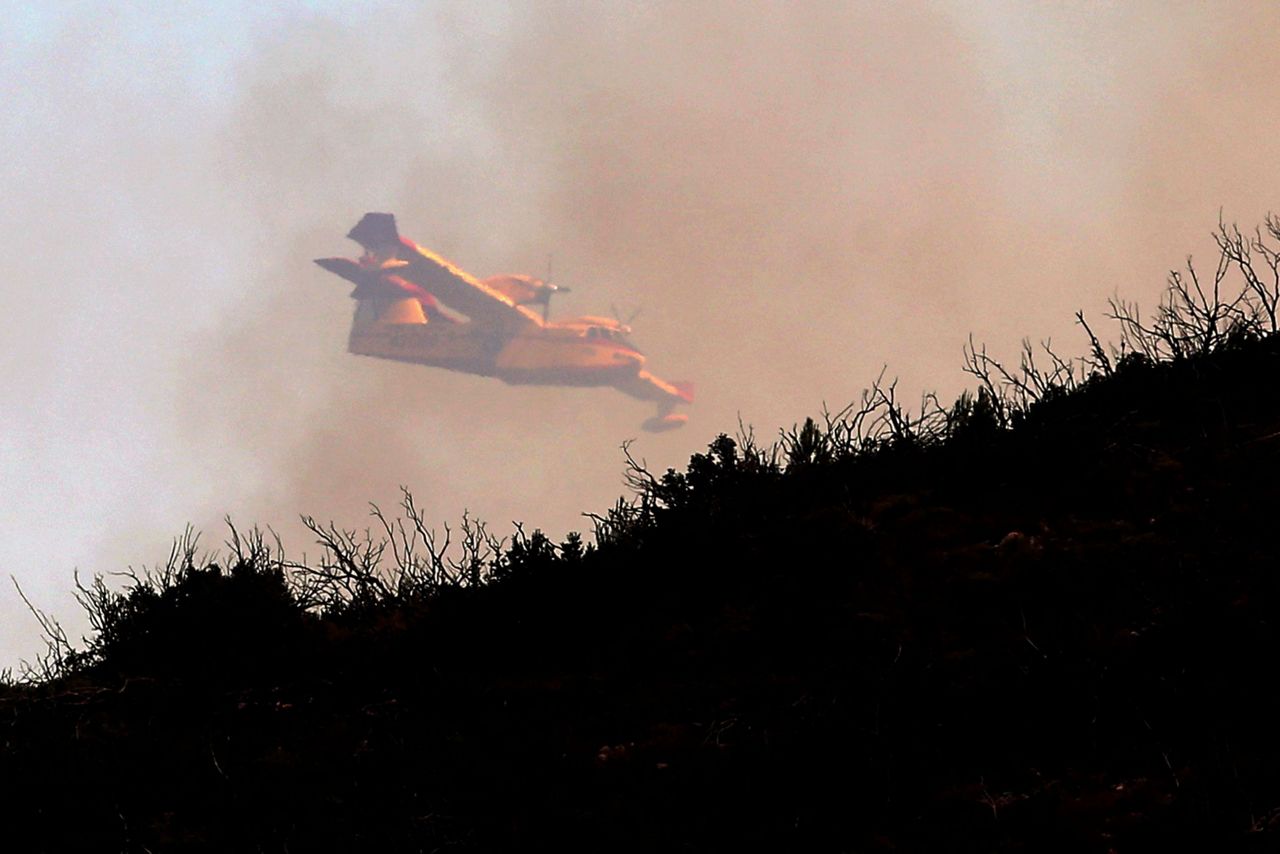 MADRID (AP) — An out-of-control wildfire in Spain’s eastern province of Valencia has become one of the largest in the country this year, and 35 planes have been deployed as the blaze engulfed into its fifth day, authorities said Friday.

The fire has already burned more than 19,000 hectares (47,000 acres) along a perimeter of 137 kilometers (85 miles). Rain boosted hopes the blaze could be brought under control on Thursday, but high winds made the blaze “very aggressive”, Valencia’s regional government said.

Four people remained in hospital after suffering severe burns on Wednesday when several passengers tried to jump from a train that had stopped and attempted to turn back amid the surrounding flames. The train had inadvertently steered into the rapidly spreading forest fire.

The head of the regional government, Ximo Puig, requested a report from the firefighting services to clarify why the train was allowed to cross the burning area.

Spain has been hit harder than any other European country by forest fires this year, according to the European Commission’s Copernicus Earth observation programme. This year, forest fires in Spain have burned four times more land than in the past decade.

Until early August, 43 large forest fires – those affecting at least 500 hectares (1,235 acres) – have been recorded in the Mediterranean country, compared to the average for previous years of 11.

The European Forest Fire Information System estimates that Spain has burned 284,764 hectares (704,000 acres) this year, four times the average since records began in 2006.

Follow all AP stories on the environment and climate change at https://apnews.com/hub/climate-and-environment

Local fire crews praised for handling over 1,000 calls in one week