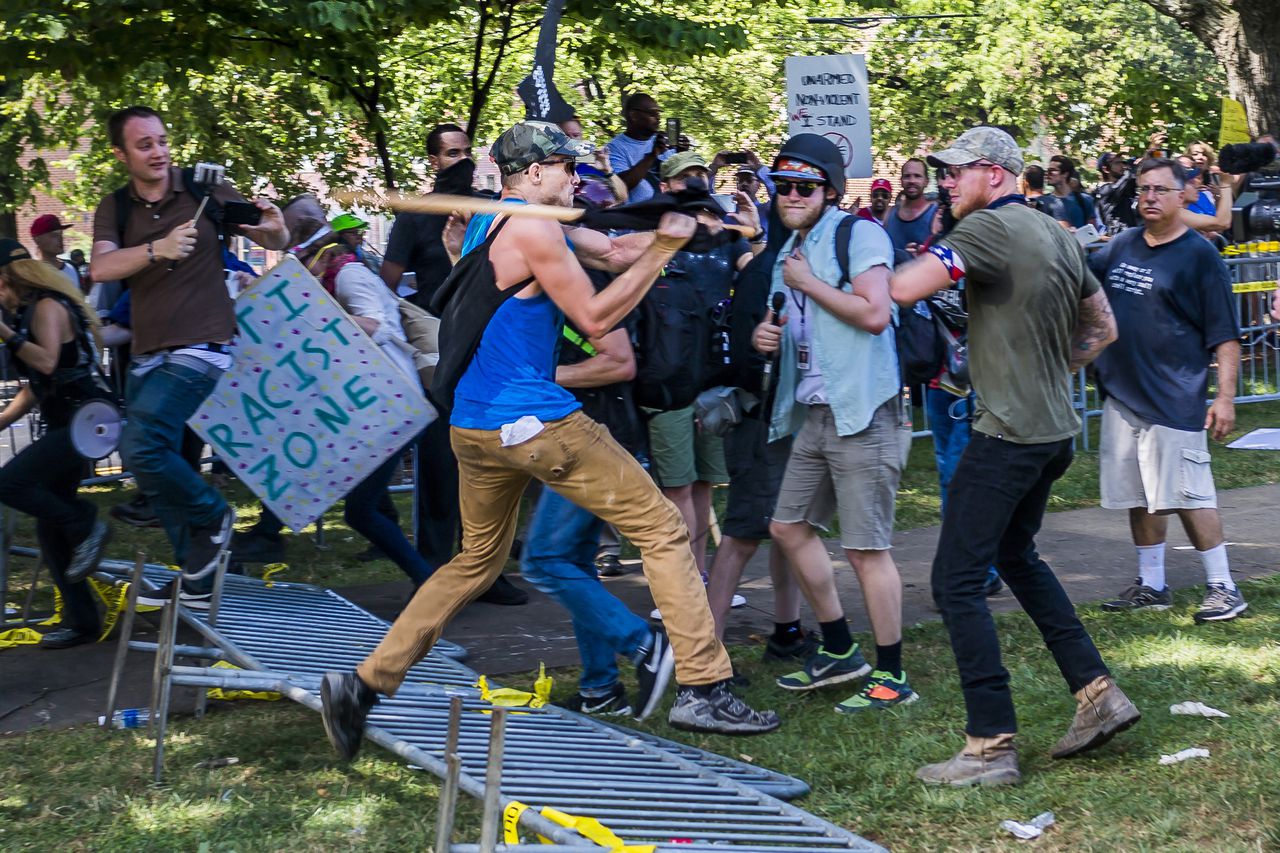 A Woburn police officer has resigned after allegations he helped plan and participated in a 2017 ‘Unite the Right’ rally that included white nationalist groups and the death of a counter-protester, officials say. Woburn.

The Woburn Police Department announced Thursday that Constable John Donnelly has been placed on paid administrative leave and an internal affairs review has been ordered by Police Chief Robert Rufo Jr. due to the allegations.

Donnelly submitted his resignation letter on Monday, it was accepted and became effective at 5 p.m.

Although Donnelly resigned, Rufo said it was still necessary to determine the facts and that the internal investigation would continue.

“For decades, police chiefs across the Commonwealth have called for a statewide certification process to ensure that allegations of misconduct are thoroughly investigated and bad actors are held accountable,” Rufo said in a statement. “That will be our goal in the future. The men and women of the Woburn Police Department are united in disavowing hate in all its forms.

The findings of the investigation will be reported to Woburn Mayor Scott Galvin and the Peace Officer Standards and Training Commission (POST), officials said.

The “Unite the Right” rally took place in August 2017 in Charlottesville, Virginia. The demonstrators – who were mostly made up of neo-Nazis, Ku Klux Klan members and far-right wingers, were protesting the removal of Confederate statues of local leaders after the fatal 2015 Charleston church shooting. according to NPR. Some demonstrators carried weapons and chanted racist and anti-Semitic slogans.

Heather Heyer, 32, was killed when a car driven by self-proclaimed neo-Nazi James Fields Jr. slammed into the group of counter-protesters she was with.

“What was said and done in Charlottesville is in direct opposition to the core values ​​of the Woburn Police Department, to serve all members of our community equally and to treat them with dignity and respect,” Rufo said when he originally announced the Donnelly investigation.

When the rally took place, Donnelly was a reserve department officer, according to Rufo.

“There is no place for hate in Woburn or within the ranks of the Woburn Police Department,” Galvin said. “The Town of Woburn is united in its opposition to hate and violence, and we will emerge from this stronger as a community.”